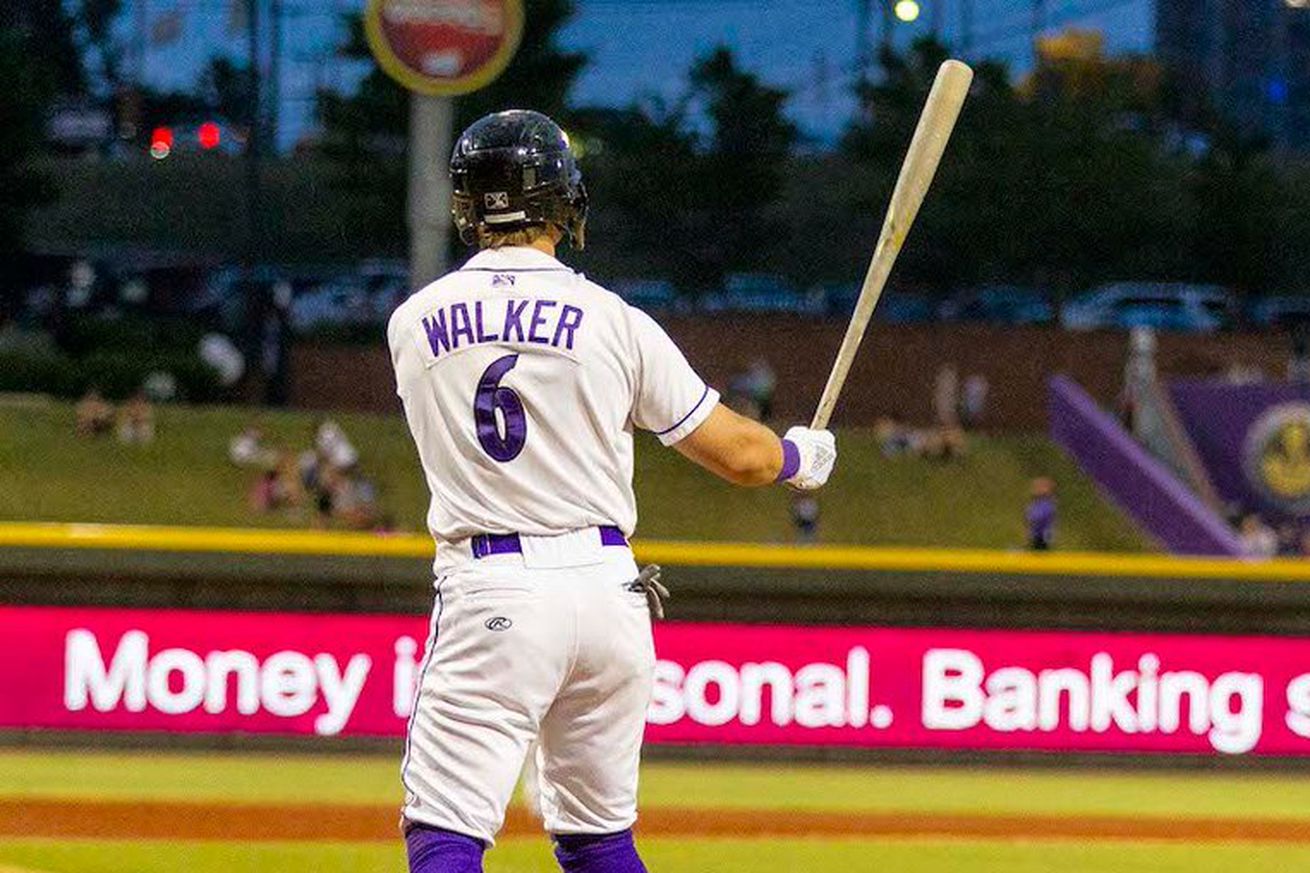 Just in time: Steele Walker hit his first home run in a long while to help the Dash win. | @WSDashBaseball

Yolbert Sánchez could be on the move Stateside, after just 10 games in the DSL

Four runs in the third and four more in the fifth are more than enough for the Knights earn a win in the series finale! pic.twitter.com/z3Tje7iRCi

The Charlotte Knights came out on top, courtesy of a couple of good innings. Kyle Kubat started the outing, and was less-than-perfect for the first three innings: He allowed two runs and the Knights were in an early 2-0 hole. Then, the offense had one of those good innings. With the bases loaded, Alcides Escobar hit his 27th double of the year to clear the bases. With one swing of the bat, the Knights were ahead by one. Yermin Mercedes finished out the scoring for that inning after an RBI single.

From there, Kubat and the bullpen sailed through the last six innings. Kubat would end up going three more shutout innings, and left with the lead. Colton Turner threw two perfect innings after that, but Carson Fulmer came in and did struggle. Though he threw strikes and didn’t walk anybody, Fulmer allowed two hits, both doubles, that led to an earned run.

But that was it, the Knights were able to keeps the Bisons at bay in a rare, no-homer Triple-A game. Meanwhile, Charlotte scored a few more runs just for fun in the fifth inning. It added four more that inning, the second time that happened tonight. The RBI came from the man playing shortstop, Tim Anderson, who now has five hits in two rehab games.

Madrigal ups his hitting streak to 8⃣-straight and plates the first run of the game as we end the third inning leading 1-0!#BuiltInBham | #WhiteSox pic.twitter.com/GAtrEE64ze

The Barons squeaked by with a win in this duel between pitching staffs. Blake Battenfield started the game, went seven innings, and only allowed one run. He surrendered quite a few hits at nine, but the Barons defense was on point with four double plays. Thankfully for Battenfield, his effective start was not wasted, as the Barons were able to score two runs on the day. The first came in the third inning to take a 1-0 lead; it was a Nick Madrigal single, his lone hit on the night. The second came in the sixth to retake the lead at 2-1, when Damek Tomscha singled to drive in Luis Basabe. It was up to the bullpen to keep the lead, and they did. Luis Martinez took the eighth inning and struck out two in a scoreless inning. Codi Heuer then came in for the save and shut it down for his fourth save of Double-A.

Another masterful pitching performance from an affiliate. Jorgan Cavanerio started out the game and went five very good innings. He left with the lead, and improved to 7-0 so far this year. Jacob Lindgren came in for relief in what is technically a rehab assignment. He went two shutout innings, but he was not overwhelming. He allowed three hits and only struck out one. Andrew Perez and Will Kincanon came in for the eighth and ninth innings to close out the win. On the offensive side, Steele Walker and Carlos Perez won the day. Steele had two hits, one of which was a solo home run in the eighth. Perez also had two hits, both doubles, and drove in one run to help the Dash win, 4-0.

An extra-inning loss for the I’s as the offense was not able to get it done. Kevin Folman allowed a run in the first inning, and then it took until the ninth for the Legends to score again. Meanwhile, the offense was not doing so well. In 11 innings, the I’s only had four hits, which led to just two runs. Lenyn Sosa and Cameron Simmons were responsible for those two runs.

Well, it is a little strange to say, but the Great Falls Voyagers lost 6-5 as Sean Thompson pitched a complete game. Yes, he allowed six runs and still notched a complete game. Since this is a doubleheader, with games shortened to seven innings, a complete game was probably necessary. The Voyagers offense, on the other hand, was pretty good. They had eight hits by seven different batters, including a home run from Jakob Goldfarb. Luis Mieses was the lone player to have two hits (a double and a single) and drove in two runs as well.

The nightcap was a bit better, as the Voyagers came away with a 7-4 victory. This time, four pitchers were used to get through seven innings. Sam Peralta started the game and did very well. His start was a short three innings, but he only allowed one run and struck out seven Chukars. Peralta benefited from a big lead early; in the first inning, the Voyagers scored four runs. Three came on a Jonathan Allen bases-clearing triple, and the last came from a Joshua Rivera single. That early lead was basically all she wrote for Idaho Falls, but the Voyagers scored insurance runs down the stretch. One of those came on Bryan Connell’s third home run of the season.

A late-inning loss squandered a break-out day for Josue Guerrero. Things did start out alright, Guerrero hit his first home run in the third inning and Cooper Bradford fired three scoreless innings. But after that homer, the Cubs quickly tied the game 1-1, and proceeded to take the lead a couple of innings later. This time though, it was the Sox who quickly tied the game, as Guerrero hit his second homer of the contest, tying the game at two. But it was wasted, as the bullpen allowed two more runs, and 4-2 is where it stayed. While the Sox outhit and outslugged the Cubs, they were 1-for-7 with RISP.

Another day, another win for the DSL Sox, and this time, the game had a bit of everything. First, good pitching from Ronaldo Guzman to open up the game. Guzman is still 16, and continuing to have a very good first professional season. He did had walk trouble today with four, but he also missed a lot of bats with nine strikeouts. So far this season, Guzman has 54 strikeouts in just 37 innings — not bad for a guy who is 16. To go along with the good pitching was some good defense, in a surprising errorless game for the Sox.

However, the hitting won it. All but one batter collected a hit, and seven of nine in the lineup had multiple. In total, the DSL Sox had 15 hits (also one walk) and struck out only six times. Those 16 runners led to 10 runs scored, plenty runs early and late so that the game was really never that close. Benyamin Bailey, of course, led the way, as he was involved in four of those 10 runs. He singled and doubled in this one, pushing his OPS just shy of 1.000. There is no need to promote him yet because he is just 17, but he has been all over DSL pitching and does deserve a promotion. Really, the whole middle of the lineup for the DSL Sox doesL Nos. 3-6 on the lineup card all had two hits today, and they all have gaudy season numbers. Jhoneiker Betancourt has the lowest batting average of the group, at a cool .348, while Matthew Mercedes has the lowest OPS at only .962. There is a reason this team is six games better than .500, and it is the offense.

As a side note, Yolbert Sánchez has not played in a couple days for the DSL. He was hitting .341/.386/.537 in his first 10 games. Normally, two days off would not matter, but because Sanchez is an advanced international prospect and much too old for the DSL, he could be on the move Stateside. It sure will be interesting to see what level he ends the season with.