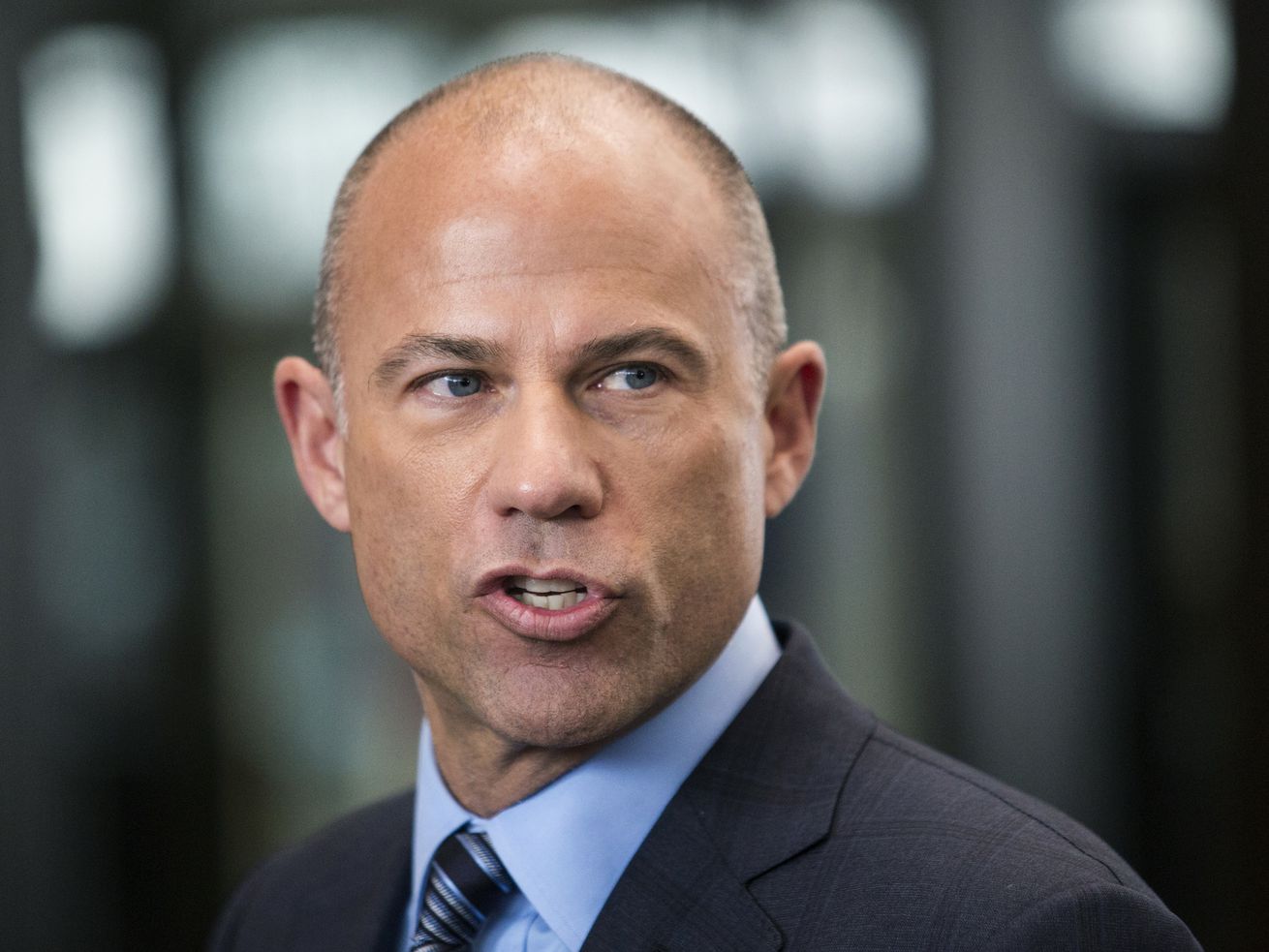 Bail was set at $300,000. Avenatti, who surrendered to federal authorities in the early morning, agreed to have no contact with Daniels while the case is pending.

Avenatti barely spoke during his 10-minute appearance before a federal judge in New York, except to answer a few brief procedural questions. His lawyer entered the plea on his behalf on charges of wire fraud and aggravated identity theft.

Bail was set at $300,000. Avenatti, who surrendered to federal authorities in the early morning, agreed to have no contact with Daniels while the case is pending.

Later Tuesday, Avenatti is scheduled to appear before two more judges, including one handling separate charges that Avenatti tried to extort millions of dollars from Nike, the sportswear company.

Avenatti rose to fame representing Daniels in her battle to be released from a nondisclosure deal she’d signed regarding an alleged affair with President Donald Trump. He made scores of appearances on cable news shows criticizing the president, who has denied that an affair occurred.

Avenatti was indicted last week on charges that he cheated Daniels out of $300,000 she was owed for her book, “Full Disclosure,” which was published in October.

According to the indictment, Avenatti emailed a letter — purportedly from Daniels — to her literary agent with instructions that payments from her $800,000 book deal should be deposited into an account he controlled. Prosecutors say Daniels never authorized the letter and was unaware of it.

Avenatti then used the money to pay business and personal expenses, including the costs of hotels, airfare, dry cleaning and his Ferrari, the indictment said.

The charges related to Daniels are the third criminal case brought against Avenatti.

In late March, charges against Avenatti were announced on the same day in New York and Los Angeles.

In New York, he was charged with trying to extort up to $25 million from Nike by threatening to expose claims that the company paid the families of high school basketball players to get them to attend Nike-sponsored colleges.

In Los Angeles, he was charged with stealing millions of dollars from clients, including much of the $4 million owed to a paralyzed man, along with dodging taxes, defrauding banks and lying during bankruptcy proceedings. When the charges were enhanced last month, federal authorities seized a private jet Avenatti co-owned.

Avenatti has repeatedly asserted that he is not guilty.

If convicted, he faces a potentially long prison sentence as the charges carry the potential for hundreds of years in penalties.