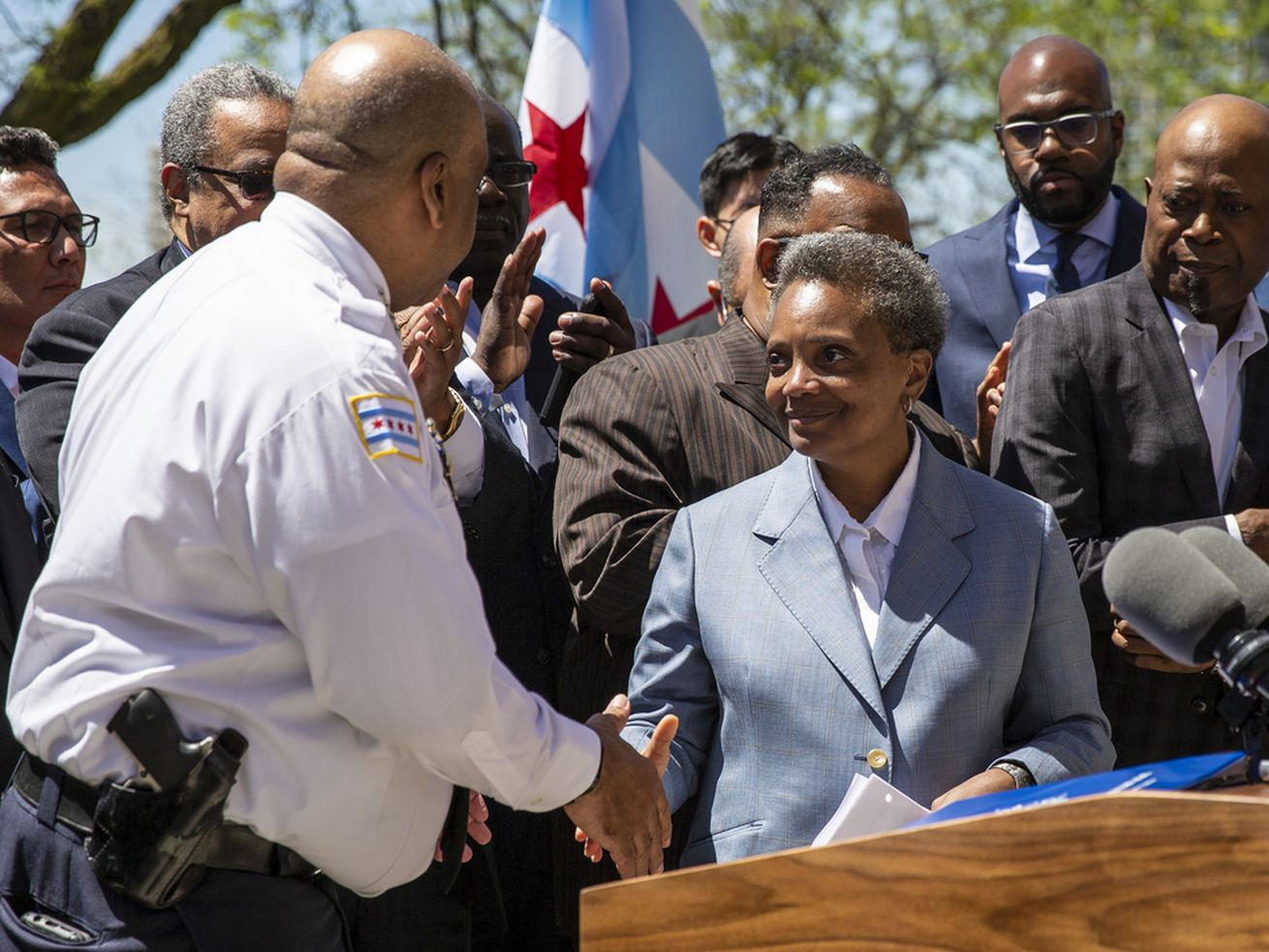 I’m just back from a week in San Antonio, Texas where it was near 90 degrees every day.

And while the Texans witnessed their own holiday mayhem, it was nothing like what Chicagoans endured.

Seven people were killed here and 34 others were wounded over the Memorial Day weekend.

That’s despite a beefed-up safety plan that included flooding the so-called “zone” with 1,200 extra police officers, making available 100 programs and events targeting youth, and putting religious leaders on the streets.

While Mayor Lori Lightfoot points out that there’s no “magic wand” for violence, the increased manpower and positive activities offered in just about every neighborhood should have at least stopped horrific crimes.

But that didn’t happen either.

The mother was gunned down on the street while holding her 1-year-old daughter. Police believe the killers were possibly targeting people standing on the street next to Hill.

In another shocking murder after midnight Tuesday, Alejandro Aguado, 22, was fatally shot, and two others were wounded, on the celebrated 606 Trail after three males demanded their “gang” affiliation.

Although none of the victims was a gang-member, the assailants shot anyway.

Even scarier, this crime occurred about an hour after the trail officially closed — a time when police officers would likely have been on the lookout for stragglers.

Armed with a gun and likely hopped up on drugs or liquor, the people who committed these acts aren’t likely to be diverted by free tai chi classes or a screening of the “Green Book,” two of the city’s offerings for the long Memorial Day weekend.

Unfortunately, for all its good intentions, the safety strategy was a bust.

Lightfoot noted that “a lot” of the crimes are “crimes of poverty.”

“It’s difficult to make a persuasive argument not to be involved in the illegal drug trade…when there are no other economic activities and opportunities out there for young men and women to participate in,” she said.

If that’s the case, the city should do something drastic.

Instead of directing young folk to “Creative Construction” or “Open shop” at Harold Washington Library, police should offer the young street dealers a real alternative, like a chance to take part in the upcoming legal marijuana market.

If we believe the corporate disinvestment in black and brown neighborhoods is at the root of this obscene violence, then why are we poised to double-down on that disinvestment?

And while I have a lot of respect for “violence interrupters,” a fair amount of the killing has little to do with disputes over gang-territory.

For instance, when someone grabs a gun because he or she feels “disrespected,” or a relationship explodes into domestic violence, there’s not much a violence interrupter can do.

I grew up in one of CHA’s crime-ridden developments, and what saved me wasn’t a program.

It was my upbringing.

But even my father’s strict discipline couldn’t save us all. One brother ended up running with a gang, carrying a gun, taking a bullet, and doing time at Statesville.

Still, the fact that only one of his 10 children went astray shows that poverty doesn’t put you on a criminal path.

Frankly, citizens aren’t feeling very charitable these days when it comes to criminals. Too much bad stuff has happened.

For instance, when I got back on Wednesday, I found a letter about the killing of pregnant teen Marlen Ochoa-Uriostegui signed, “The Citizens of Illinois.”

“The psychopaths who murdered [her] to just get her infant sent an uproar through not only this entire state, but through this country… This woman’s death and many others are the POSTER CHILDREN FOR THE DEATH PENALTY,” the letter said.

But the real challenge is figuring out how to keep so many of our children from callously picking up a gun in the first place.

Besides enjoying summer weather in San Antonio, I spent time with my 2-year-old great-nephew.

I know. Every grand or great says that. But I was in total awe of his innocence, his joyfulness, his curiosity, and his ability to soak up our cues.

For some reason I saw with fresh eyes, the sacred responsibility that we hold as parents, grandparents and great-grandparents.

It struck me like an epiphany. We are the ones falling down on our jobs.

We keep looking outside for the key to ending this scourge of violence when that key can only be found in our homes.