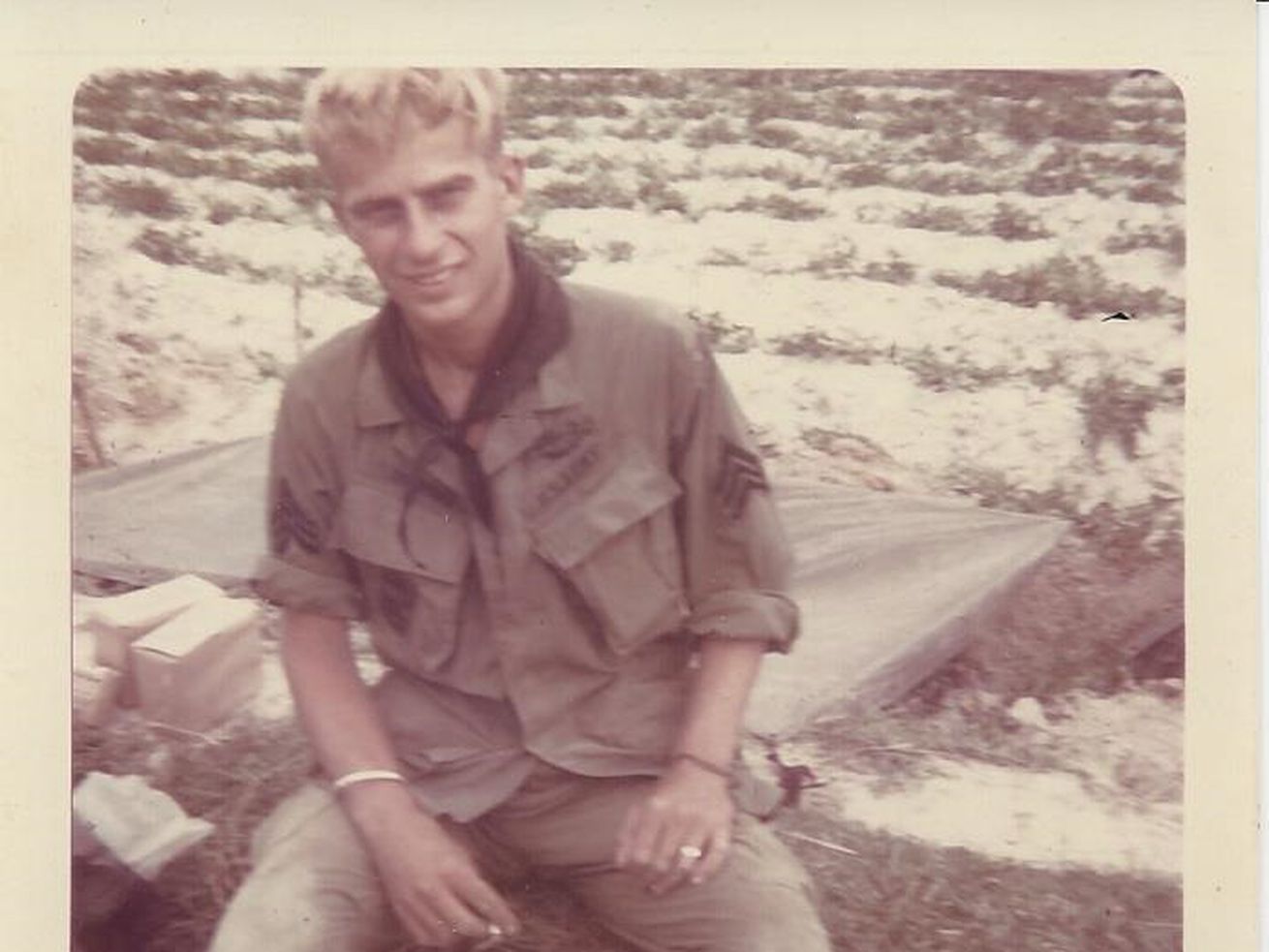 No harm in having a picnic, but keep in mind the day’s purpose. “It’s not a happy day,” vet says.

The Jerry Corp Memorial Highway is not long. A section of U.S. Highway 160, it runs two and a half miles through Ozark County, Missouri, 250 miles southwest of St. Louis.

A green highway sign flashes by, the name registers and some drivers may feel a passing curiosity: does anybody remember Jerry Corp?

”We weren’t really close or anything like that,” said Dier, 70. “He wasn’t in my platoon.”

”We got to know each other that way,” said Dier, who grew up in Northbrook and has returned home to speak at the northwest suburb’s Memorial Day commemoration after the parade Monday. “You didn’t really get close to people too much.”

In fact, Dier has exactly one memory of Corp, but it’s a good one.

”Someone on the perimeter called in for a routine fire mission, asking for illumination,” Dier plans to say in his speech. “I dropped a round down the 81-millimeter mortar tube. The shot went out, and we waited for the familiar pop and the subsequent intense light that the round would provide as it drifted slowly back to the ground for several hundred feet in the air.

“The descending illumination revealed a nearby hillside covered in jungle. Jerry and I laughed as the flare drifted toward the hillside, watching a multitude of chirping birds who mistook the flare for a sunrise. The noise from the birds stopped suddenly—as if a switch had been flipped—when the flare burned out.”

That’s it. And if you’re wondering how Dier would remember such a small moment with a stranger in a long-ago war in a far-off country, it’s because Corp was killed the next day—his platoon was trying to flush out a sniper, and in the confusion Corp triggered a boobytrap and was killed. It was April 21, 1970, one week after his 20th birthday.

”Beyond that night, it’s hard to remember too much about Jerry.”

Dier was drafted at Christmas, 1968. He spent 10 months and 29 days in Vietnam and won the Silver Star for gallantry. He moved to Tennessee in 1972, worked as a house painter and raised three boys.

”All very responsible citizens,” he said. “One thing I taught them is how to work.”

Like many Vietnam veterans, he at first tried not to think about the war, but eventually circled back, writing a book about his experiences, “Miss Li Thi Van & Other Stories of Vietnam.”

How, I wondered, did the memory of those who died affect his post-war life?

“I wasn’t a great fan of the war,” Dier replied, “but I have never felt that the country owed me anything because there were a lot of guys who didn’t come home. There was one guy, he lost both arms and both legs; I feel guys like that really pay the bigger price. I never was wounded. I did what I was supposed to do, but I never felt I was owed anything, because other guys paid a much steeper price. I feel very blessed I made it.”

And how should the American public mark Memorial Day?

”There’s no harm in having a picnic,” Dier said. “But I don’t like when people say ‘Happy Memorial Day.’ It’s not a happy day, it’s a very solemn day for me. The guys who sacrificed, they paid the ultimate price.”

Dier mentioned a scene in “Saving Private Ryan,” where a surviving vet is asked if he lived the type of life that justified his surviving.

“His friends who didn’t survive, did his life honor them?” Dier said. “I’ve often thought of that. When I first came home, I wasn’t living the right way. Eventually I had a different way of looking at things, I really appreciated I survived. I didn’t have self-pity. I was blessed. I thought, ‘There has got to be a reason I made it, today.’ I realized I had a purpose.”

One of the things Dier felt he had to do was visit Jerry Corp’s mother, Irene, in Ozark County.

”We never got used to Jerry not coming home,” she told him. But Jerry’s mother, now 92, also said something else.

”Irene has mentioned that she lost her son but, at the same time, she gained many sons”—Corp’s former comrades who call, write, visit, keep tabs.

”There are things we can do or say that make a difference,” Dier said.