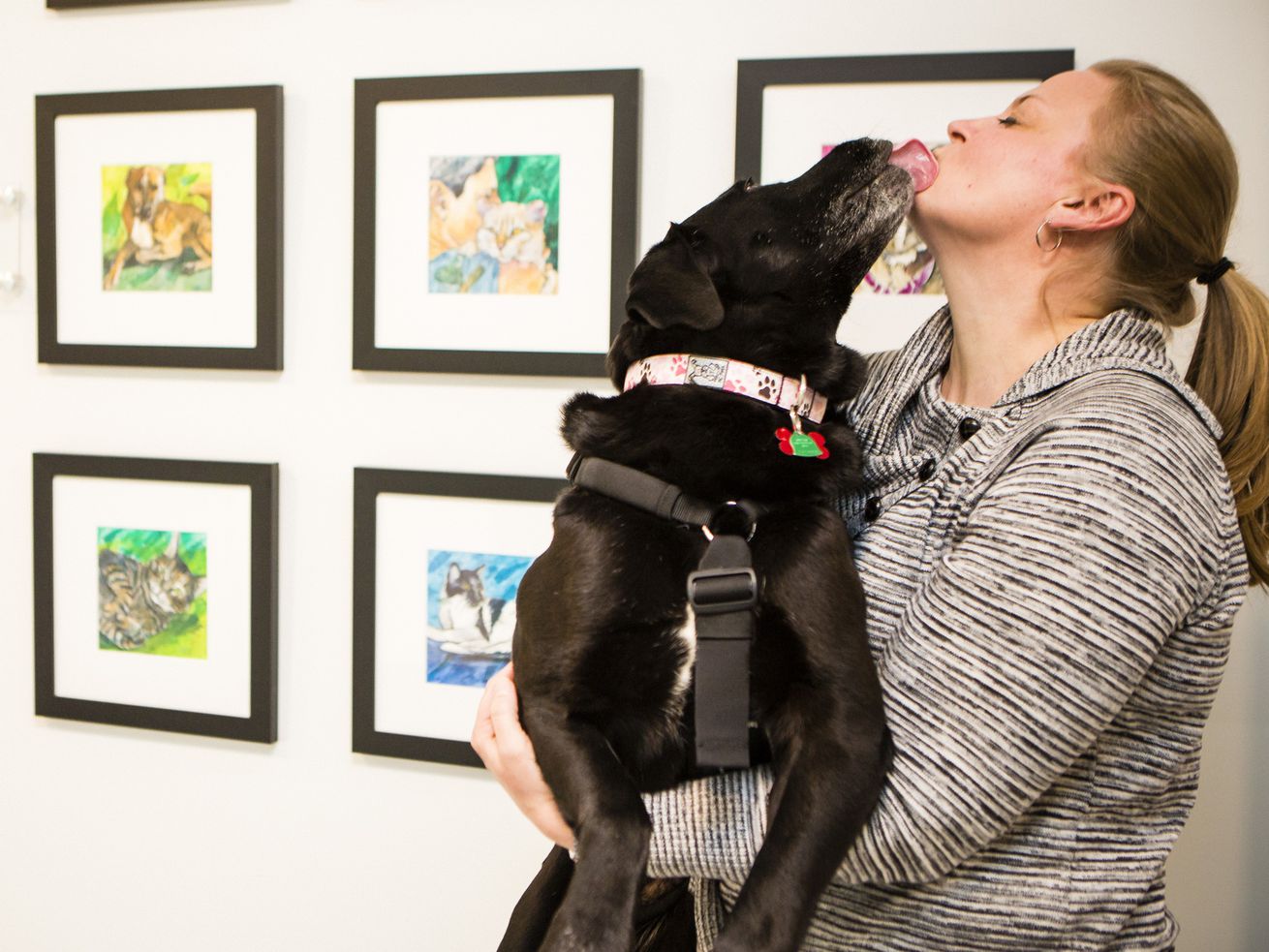 Bunny was rescued from rural Alabama, where Chicago shelter Felines & Canines saves animals and brings them to the Midwest.

Bunny is as excitable as any dog, even at age 8, and despite a curved and deformed body that makes walking a challenge.

So it’s only natural that Bunny, a black lab mix who was rescued from a rural, almost deserted shelter in Alabama, was the poster child needed to jump start a medical fund for a shelter in Chicago.

A month after discovering Bunny in Moulton, Alabama, the Chicago shelter Felines & Canines is thriving as it rescues, treats and adopts out hundreds of dogs and cats.

With the help of Bunny — who was featured in a Facebook post last month by the Edgewater shelter as it asked for donations to start a medical fund — a goal of $10,000 in donations was surpassed in just six hours.

In the past month, that money has been used for three amputations and four heartworm treatments, according to Felines & Canines Executive Director Abby Smith, who said she was overwhelmed by the support.

“Seeing Bunny there, we knew that we needed to do something, and our followers are amazing,” Smith said. “We’re really putting the money to work right away.”

The response has been so great that Felines & Canines at one point this month had no large dogs up for adoption because of the demand.

“I saw a video of her hopping on the sidewalk with her tail just wagging at the person walking by and I thought, ‘Oh my goodness, this dog has such a big heart,’” Hill said.

Bunny — who is deformed in all four legs, has a curved spine, crossed eyes and a slight head bob — was fitted for a front and back wheelchair that was meant to help her walk around more freely. That idea fell through, however, when she didn’t like the wheelchair.

Smith said Bunny, now a month into her time with Hill, is “doing spectacularly well in the house. She’s the mayor of the neighborhood. She sits outside and greets all the neighbors, and they all love her.”

Overall, Bunny is one of about 1,300 adoptions facilitated by Felines & Canines each year, with each dog and cat spending two to three days at the cage-less, no-kill facility that opened in 1972. The animals are treated for diseases or undergo surgery for injuries.

The shelter’s rescue center in northern Alabama, which was the first of its kind in the nation when it opened last July, works with 12 traditional shelters, where it pulls animals from euthanasia lists to have them treated by a veterinarian and brought to Chicago for adoption. To date, 2,560 pets have been rescued from Alabama.

Bunny was living in an outdoor chain-link pen at the Alabama shelter when she was found. Unlike Chicago, where there are several organizations helping rescue animals, that shelter has no other groups helping save its animals, Smith said. That means Felines & Canines’ capacity to rescue them is the only hope for those dogs and cats. If her shelter can’t take all the animals in a certain week, the remaining ones there are put down.

“Bunny was actually the impetus for our medical fund,” Smith said, “Which will allow us to help these animals in these dire situations get the medical attention they need right away.”