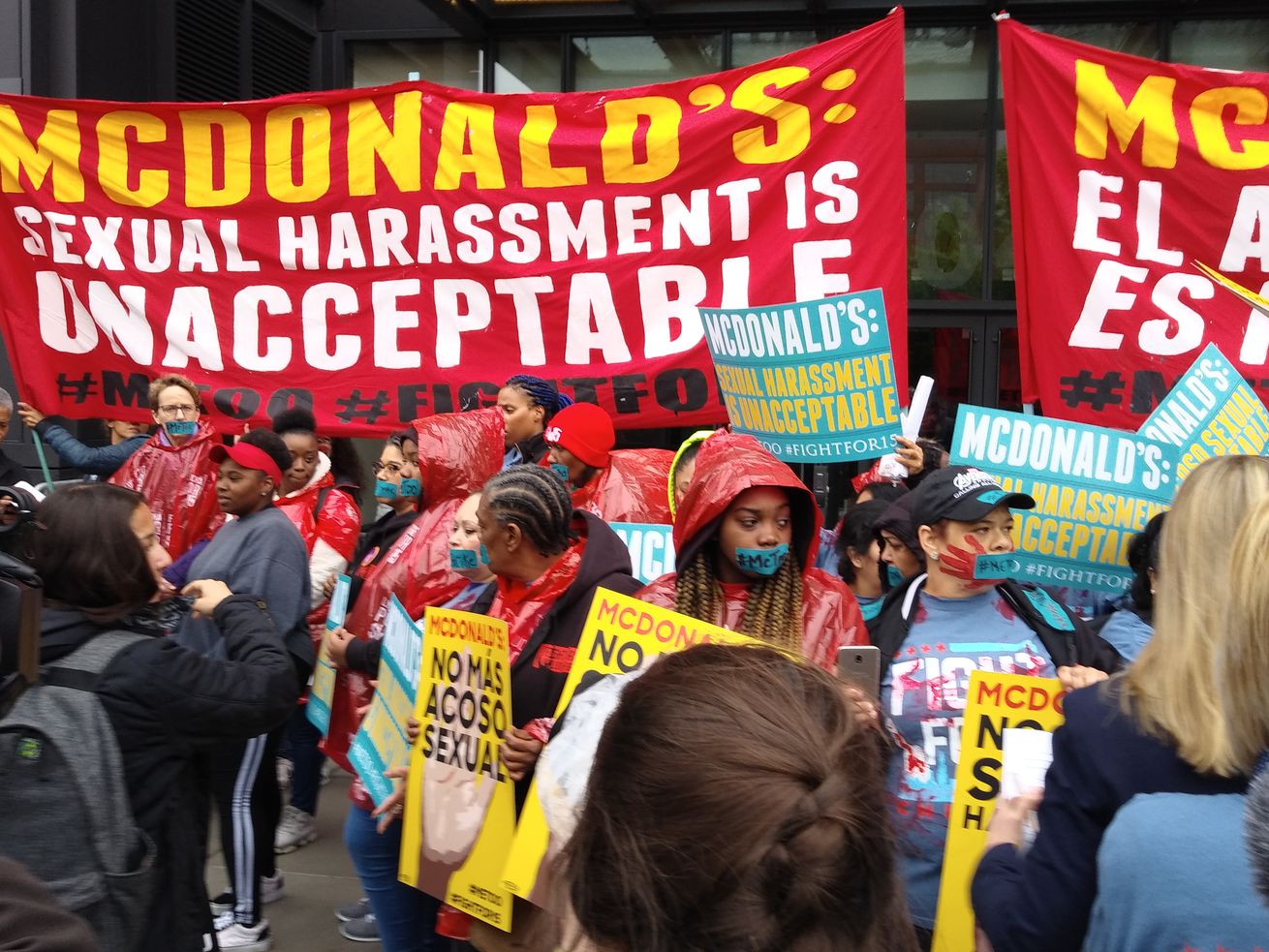 Workers allege corporate promises of reform have meant nothing in the workplace.

McDonald’s workers and pro-labor groups Tuesday announced the filing of new sexual harassment complaints against managers and coworkers at the company’s restaurants, insisting corporate promises to address the problem are inadequate.

Working with the Fight for $15 and a Union campaign, the employees protested outside the McDonald’s corporate headquarters in the West Loop. They said the campaign has filed 25 new sexual harassment charges involving locations in 20 cities, including Chicago, bringing the total lodged against McDonald’s to more than 50.

McDonald’s, while not addressing Fight for $15 by name, released a letter it sent to U.S. Sen. Tammy Duckworth, D-Ill., answering one from her that raised concerns about its policies to combat harassment and bias. It said the McDonald’s has partnered with the anti-violence group RAINN to inform workers of their rights and explain how to lodge a complaint against a manager.

“We have reprinted and shipped posters containing the new policy to all 14,000 restaurants in the McDonald’s system,” said the letter from CEO Steve Easterbrook dated Monday. Franchisees, he said, are being encouraged to read the policies and take advantage of ongoing training.

Easterbrook said McDonald’s is “sending a clear message that we are committed to creating and sustaining a culture of trust where employees feel safe, valued and respected.”

But the workers said nothing has changed for cooks and cashiers, many in their teens, and that employees aren’t be held accountable for committing harassment. Workers who complain said they face retaliation.

“The majority of our clients allege harassment occurring precisely when the company claims it was making these reforms, and we can find no one who has heard of a new policy or training initiative,” said Gilliam Thomas, senior staff attorney at the American Civil Liberties Union.

Fight for $15, with support from the Service Employees International Union, promises to bring its protest to the McDonald’s annual meeting Thursday in Dallas. SEIU Local 1 and SEIU Healthcare Illinois are part owners of the Sun-Times.

The complaints filed against McDonald’s are either lawsuits or charges filed with the U.S. Equal Employment Opportunities Commission.