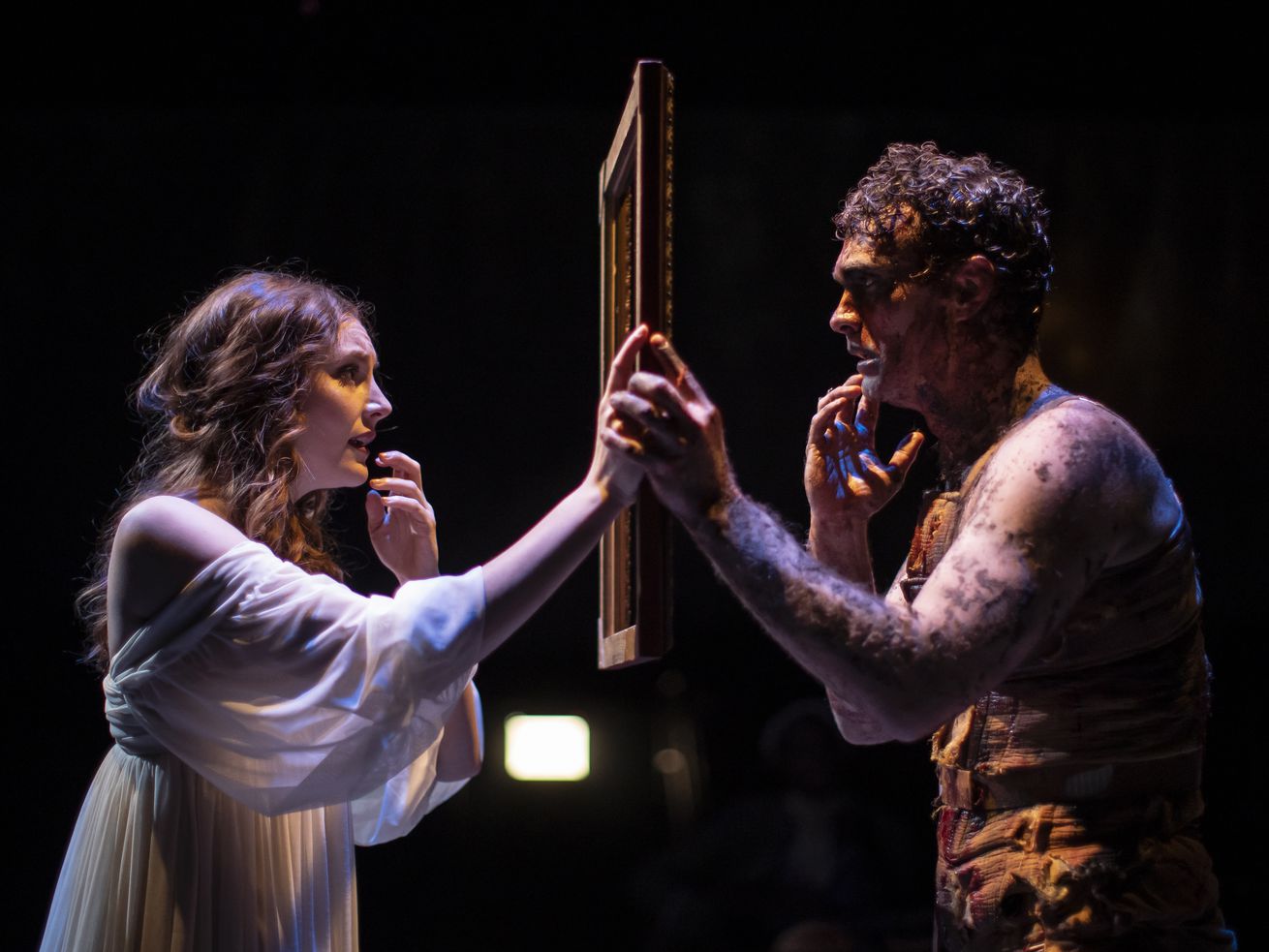 This is sumptuous storytelling, a “Frankenstein” where thrills come not from bumps in the night but from rich, believable characters with full emotional lives.

What comes to mind when you think of Frankenstein? Likely, you conjure the notion of a monster, created by a mad genius. Perhaps you picture Boris Karloff, who played this monster in classic mid-20th century horror movies, a genre that taught us to expect long moments of anticipation followed by sudden shocks. You may even imagine the progeny of those popular hits — Frankenstein teaming up with Dracula and The Wolf Man — which interestingly enough seem now like a negative imprint of today’s spurt of Justice League movies. If you’re like me, your first real encounter with Frankenstein came with Mel Brooks’ “Young Frankenstein,” a profoundly funny satire on those kitschy Hollywood simplifications.

The point is that “Frankenstein” has long since been digested and re-digested by popular culture, such that its original form — as an emotional, thoughtful, philosophical story of loss leading to invention leading to despair — has become distorted out of recognition.

So now, writer/director David Catlin — he of Lookingglass adaptations such as “Lookingglass Alice” and “Moby Dick” — brings us a new version of “Frankenstein,” employing a tried and true modern approach to the problem of character over-saturation. He gives us an origin story, a true tale of how Frankenstein came to be.

Meet Mary Wollstonecraft Godwin (Cordelia Dewdney). She’s a beautiful 18-year-old — wise and witty beyond her years. She possesses, but perhaps doesn’t know it yet, narrative super-powers. She has run away with a married man — the dashing Romantic poet Percy Bysshe Shelley (Walter Briggs). They are, in 1816, spending a summer in Switzerland, hanging out with friends Lord Byron (Keith D. Gallagher), Mary’s step-sister Claire Clairmont (Cruz Gonzalez-Cadel), and Dr. Pollidori (Debo Balogun), creator of the first modern vampire tale. They are simply doing what friends do — telling ghost stories and deciding who can conceive of the best one. And it’s Mary’s turn.

As Mary begins telling her story, the gauzy fabric encircling the players in Daniel Ostling’s theatre-in-the-round set drops, and all the characters throw Sully Ratke’s elegant period costumes on top of their costumes and get involved in helping Mary realize her tale. The conceit works well — it allows for narration and empowers a simple theatricality as the superb ensemble plays all the roles, and as lighting designer William C. Kirkham lights every corner of the space when needed. Importantly, it also enables, at peak moments of this faithful and oh-so-well-edited telling of the tale, for Catlin to suddenly switch us back, to turn a conversation between Victor Frankenstein (Briggs again) and his beloved Elizabeth (Dewdney again) into a moment between Mary and Percy.

Connecting authorial biography to an artist’s work can often be reductive. But in Catlin’s hands, this approach activates the underlying emotion of the story. I imagine few of your preconceptions of Frankenstein reflected the fact that the story emerged from the fervid imagination of an 18-year-old young woman, who had lost her mother soon after her birth, who had run away from home with a married man — much to her father’s disapproval — and who had recently given birth and then lost her child.

Who better than a mother whose child has died to understand the drive of Victor Frankenstein to “galvanize” the dead back to life after the loss of his mother? Who better to appreciate the potential consequences of fatherly rejection, of becoming a social outcast, of ending up completely and totally alone, than a young woman who has risked everything and gone against all social norms for love?

If there’s a central driving force in Catlin’s adaptation, it’s the juxtaposition between the intensity of love and its opposite — the even greater intensity of loneliness. Gallagher’s monster, instantly rejected by Victor the moment he opens his eyes, craves nothing except companionship, but without it can only fill his days with a quest for revenge against his maker. And that maker, the scientist who played God, must wrestle endlessly with his responsibility for his efforts leading to destruction, an ever-apt reminder that has only become a more existential threat since. Shelley imagined how electricity could be used to re-animate life, which could then become a force for destruction, a full century-plus before the development of nuclear bombs. And let’s not even get into those incorporeal robots with artificial intelligence we use now to do our shopping. Scary.

The Frankenstein story, the tale-within-a-tale, works exceptionally well. It’s extremely clear and complex, with Griggs and Gallagher bringing us deeply into the characters’ internal conflicts. The outer layer of this work — the story of Mary and Percy et al. — infuses the Frankenstein story with grounded emotion, but could have a bit more shape. Catlin does a great job of not over-simplifying how real life becomes fiction, but he does set us up to have a story told about Mary Shelley which never quite takes on its own arc, relying instead on a lot of narration about the future at the end.

Still, this is sumptuous storytelling, a “Frankenstein” where thrills come not from bumps in the night (although Catlin knows we need a few) but from rich, believable characters with full emotional lives seeking what every human wants and then dealing with the consequences when it doesn’t turn out as planned.