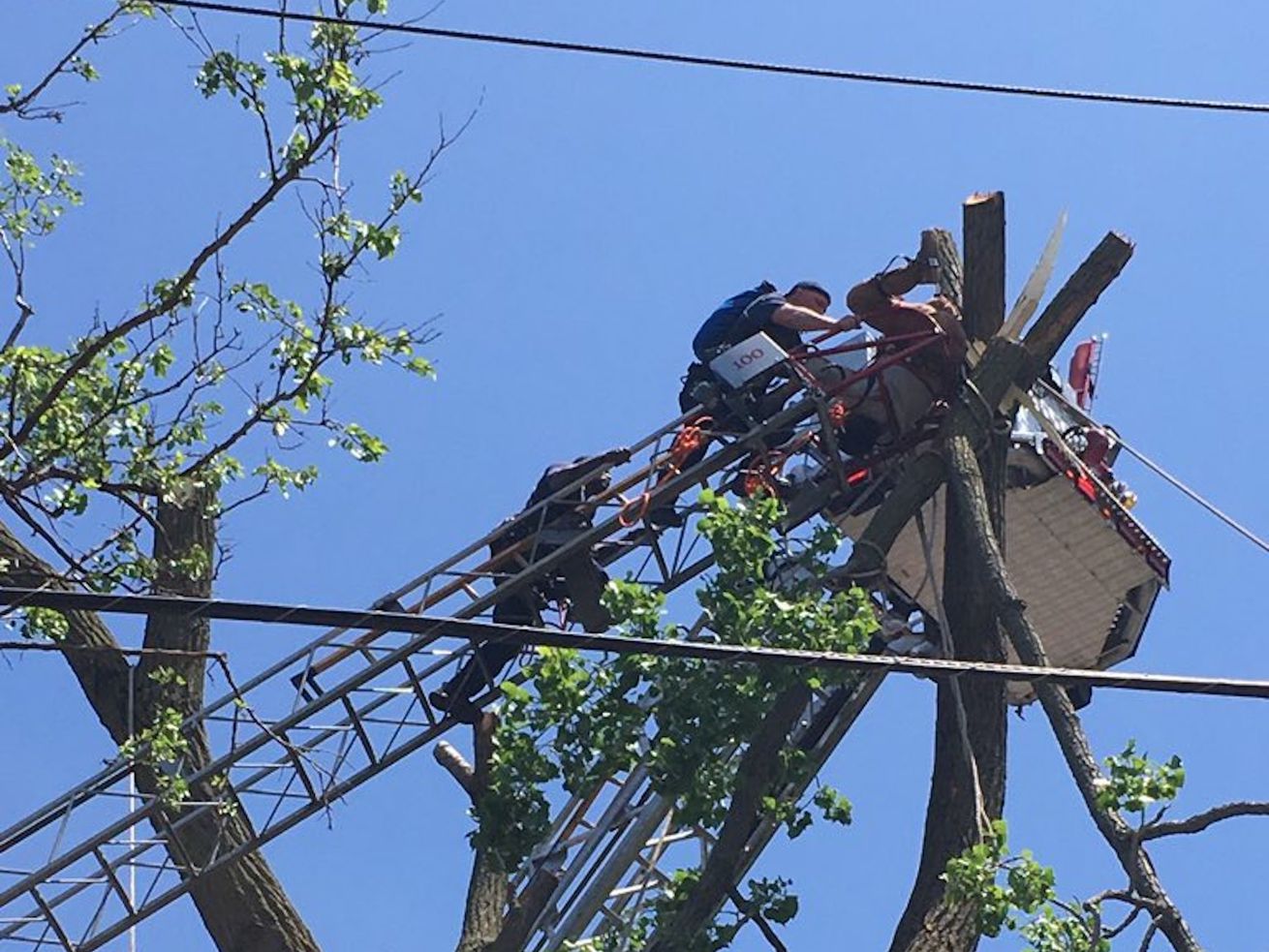 A descending limb left the tree trimmer hanging 75 feet into the air, the fire department said.

A man was trapped in a tree for over 30 minutes Sunday in Back of the Yards after his tree trimming equipment malfunctioned and sent him flying 75 feet up.

The man was attempting to lower a severed tree limb about 1 p.m. in the 5300 block of South Union Avenue when the branch got tied up in his safety tethers, Chicago Fire Department Cmdr. Frank Velez said.

“The limb went down, and he went up like a pulley.”

Specialized operations crews and several deputy chiefs arrived to the scene with a power ladder and other special equipment, Velez said. After 30 to 40 minutes in the tree, emergency crews were able to place the man in a basket and lower him to safety.

The man suffered a broken leg during the incident but is in a stabilized condition, Velez said. It is suspected that his leg was entangled in a safety tether and snapped due to the force of the falling tree branch.

It was not immediately clear whether the man was a city worker or private contractor, Velez said.