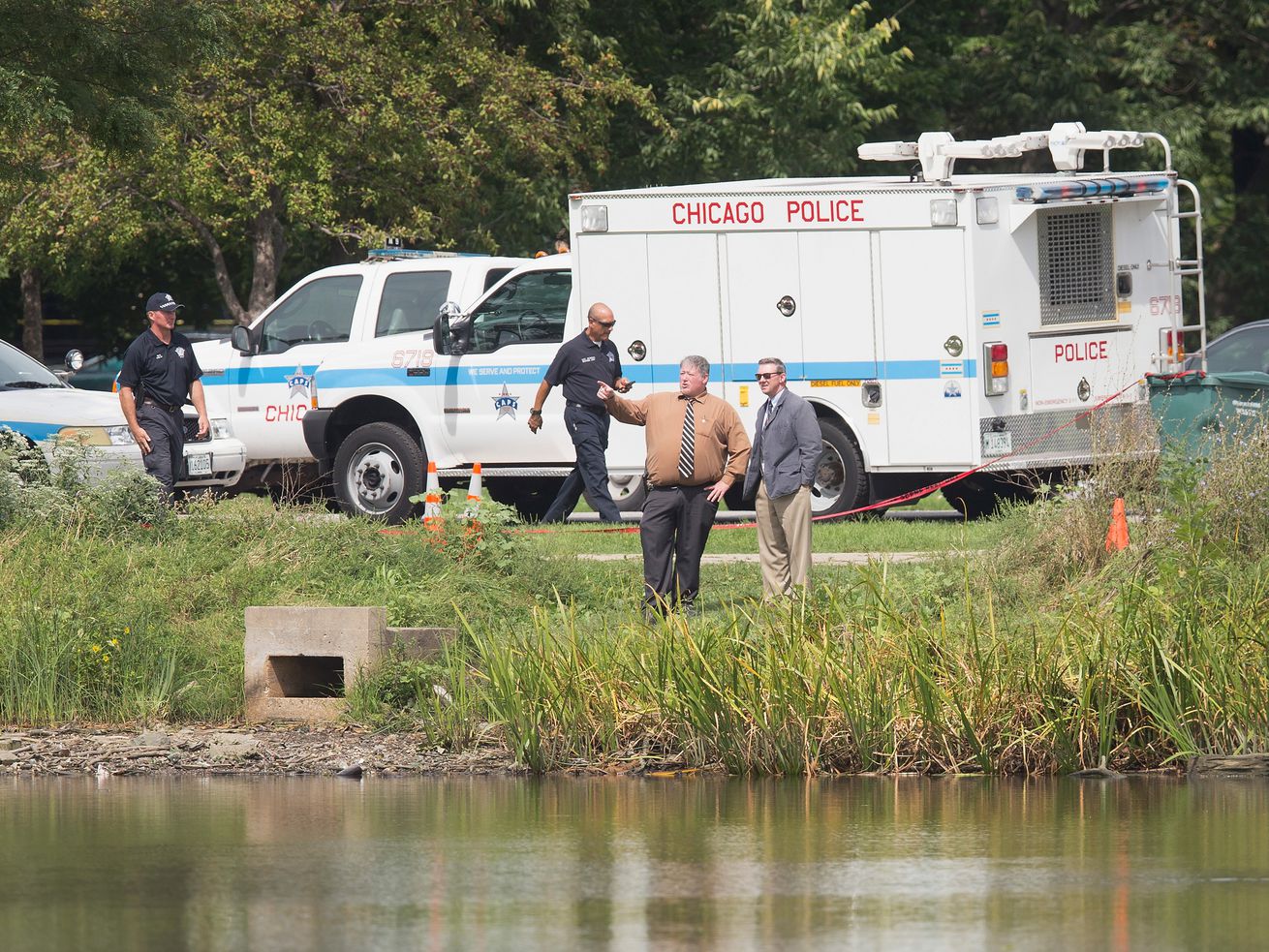 On the witness stand Wednesday, Kamel Harris described a stressful, but still fairly idyllic few weeks he spent as caretaker to three 2-year-old boys in the summer of 2015: trips to the park, occasional bumps and bruises, and tension with his girlfriend because only two of the toddlers living in their small Rockford apartment belonged to them.

Harris was the last witness called in a six-day trial at the Leighton Criminal Court Building, where he stands accused of murdering and dismembering one of those children, Kyrian Knox, whose hands, feet and head were found floating in the Garfield Park Lagoon that September.

Prosecutors say that after two weeks minding the children, he killed Kyrian in a fit of rage, then chopped up the body and tossed at least some of the parts into the Garfield Park Lagoon on Chicago’s West Side. Jurors began deliberations around 6 p.m. Wednesday.

“Harris murdered Kyrian Knox in Rockford and he drove that baby’s lifeless body to Chicago…,” Assistant State’s Attorney Anastasia Harper said in her closing statement. “And he went to a lagoon, the Garfield Park Lagoon, where he could count on the dark, long shadows to hide the gruesome conclusion of his crime.”

During more than two hours on the stand, Harris struck a placid demeanor, hunching his shoulders as he leaned over the microphone in a dark suit and tie. Harris had volunteered to babysit the boy and his grandson while Kyrian’s mother hunted for jobs in Iowa with Harris’ daughter.

Kyrian, he said, was a good-natured toddler who was less trouble than Harris’ stepson and grandson. When a man showed up at a park near Harris’ house and claimed he was there to take the boy back to his mother, Harris was skeptical but packed the boy’s things after he was handed a cellphone and spoke to a woman who said she was Kyrian’s mother.

“The individual on the phone said, ‘Mr. Harris, he can go with his people. I can take care of my own responsibilities. He’ll be fine,’” Harris testified Wednesday. “At the time, there wasn’t really nothing to think when it’s the mother telling you to do one thing or do the other with their child.”

Harris said he was shocked two weeks later when his daughter told him she and Kyrian’s mother, Lanisha Knox, were coming back to Rockford pick up the boys up. Harris said he dropped the call and dialed 911 from another phone. The boy’s hands, feet and head had been found in the lagoon a week earlier, but it would be weeks before the body parts were identified using DNA.

Harris told a different story to fellow inmates at the jail in Rockford, where he was locked up on an unrelated case, and in interviews with police when he called Kyrian a “burden,” prosecutors have said.

Testimony from three jailhouse informants was key evidence when Harris was charged nearly a year after Kyrian was killed, but little physical evidence links him to the crime. The toddler’s torso, arms and legs were never found, and an autopsy was unable to conclude how the child died. Cellphone data showed Harris’ girlfriend was in Chicago on Aug. 31, about a week before the body parts were discovered, though Harris testified that the couple was visiting relatives in the city.

Seeking legal advice, Harris told his fellow inmates he had “snapped,” giving a sparsely detailed account of the killing and occasionally gloating that police would not find evidence, then asked one of the inmates for help drafting an affidavit affirming that he had never talked about the case with them at all. Harper said key information offered by the jailhouse informants could only have come from Harris himself.

Harris’ lawyers have pointed to angry Facebook messages exchanged between Kyrian’s mother and the toddler’s estranged father threatening to take back the child around the time Kyrian went missing, suggesting that the jilted father was a more likely suspect.

Prosecutors in February had agreed to a plea deal to lesser charges, but the offer fell apart after Kyrian’s mother and grandmother complained that Harris would have to serve only nine years in prison.