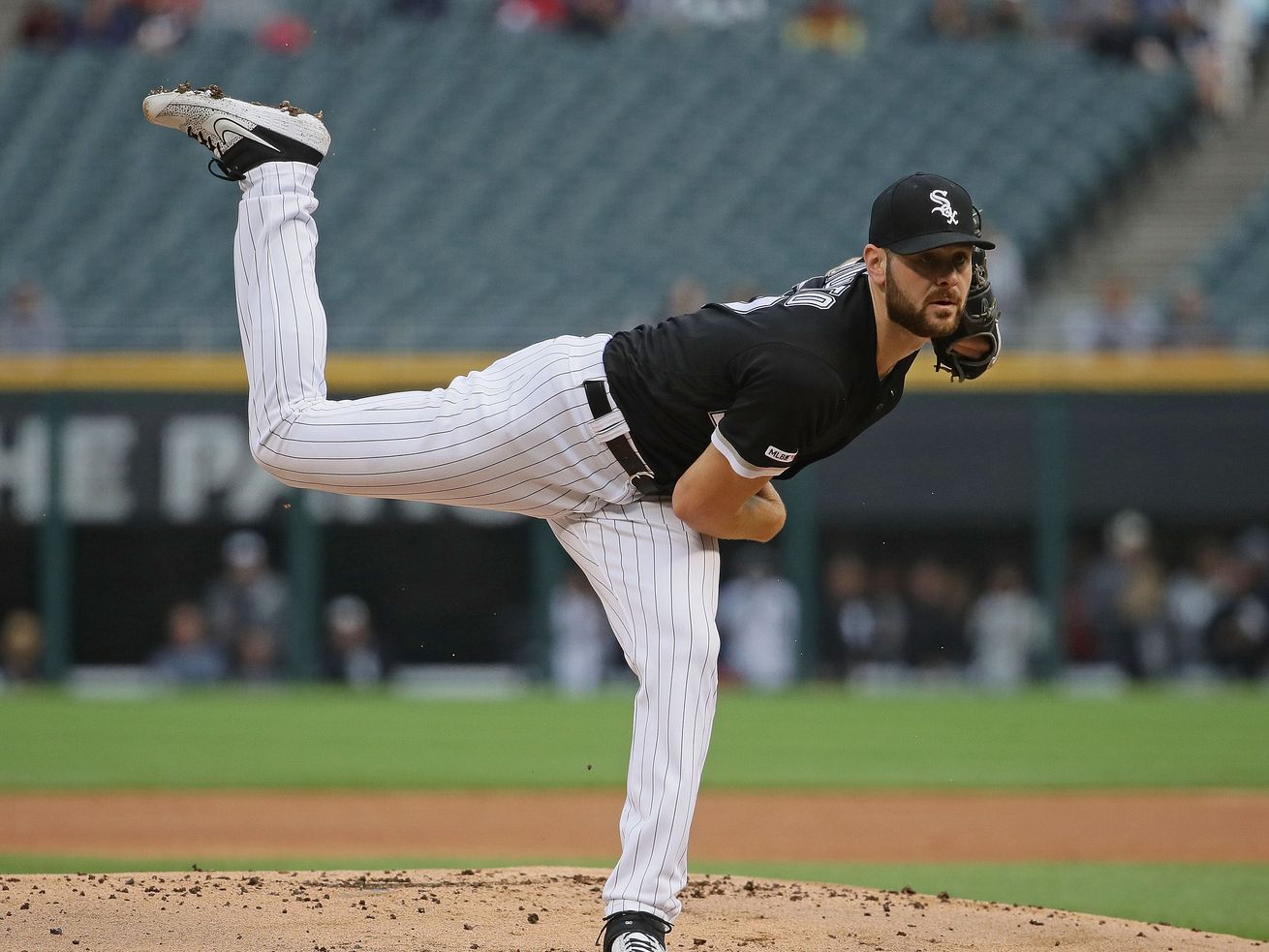 Lucas Giolito comes from a family of actors and actresses. But the theatre stage wasn’t for him.

After slumping in 2018, pitcher Lucas Giolito has become one of the White Sox’ most consistent starting pitchers over the last month.

Giolito shortened his arm swing and revamped his mental approach this offseason. Both changes seem to be working wonders for the right-hander.

But what some might not know about Giolito is that he was born to perform in front of large audiences.

Giolito’s family is in the entertainment business. His father, Rick, is an actor and producer. And his mother, Lindsay Frost, is an actress and the daughter of Warren Frost, who played the father of Susan — George Costanza’s fiancée — for five episodes in “Seinfeld.” One uncle, Scott Frost, is a screenwriter and novelist, and another uncle, Mark Frost, is a co-creator of “Twin Peaks.”

Even Lucas’ younger brother, Casey, took the cue from his parents and enrolled in acting school.

“I’m pretty much the only one who came out as an athlete,” Lucas said.

So where does Giolito’s hard-throwing arm come from? How did he manage to break away from the pack? And what’s his favorite Kanye West album?

He answered that and more in this week’s chat room.

Where do you get your athleticism from?

Lucas Giolito: “My family has always been relatively athletic. My grandfather on my dad’s side, he was in the Olympics two times as a foil fencer. And he was a national champion. Other than that, my dad played a little bit of college football.”

LG: “I kind of came out of nowhere with that one. I don’t think anyone in my family played baseball past Little League until I showed up.”

What sparked your interest in music?

LG: “I was in the band and orchestra in middle school and high school. I played the French horn for like six years.”

That’s an interesting instrument to pick up.

LG: “Yeah, I didn’t want to. I went into sixth grade with a band elective, and I wanted to play the trumpet. But there were already too many kids that wanted to play trumpet, so the music teacher made me play the French horn. And I was like, ‘Man, what is this weird circle thing? This is lame.’ But I ended up having a lot of fun with it.”

Can you still play it?

LG: “I don’t have one any more. . . . But if I were to pick one up right now, it would probably take me an hour or so to get my bearings again, but I could probably play a song or two.”

What do you listen to before games to get pumped up?

LG: “I’m a big hip-hop head. Go-to pump-up song . . . probably my walk-up song this year. ‘Power’ by Kanye West — it’s off my favorite album ever. Last year, I had a different Kanye West walk-out song — ‘Can’t Tell Me Nothing,’ off the album ‘Graduation.’ But I had to change it because it didn’t lead to any good results. [‘Power’ is off] an older album [‘My Beautiful Dark Twisted Fantasy],’ but I still went a little bit more contemporary, and it’s been working pretty good.”

LG: “Favorite artist ever. He’s my favorite music artist ever. I think he’s a genius. . . . I’m looking forward to his next album.”

Is this the most dominant you’ve felt with the Sox?