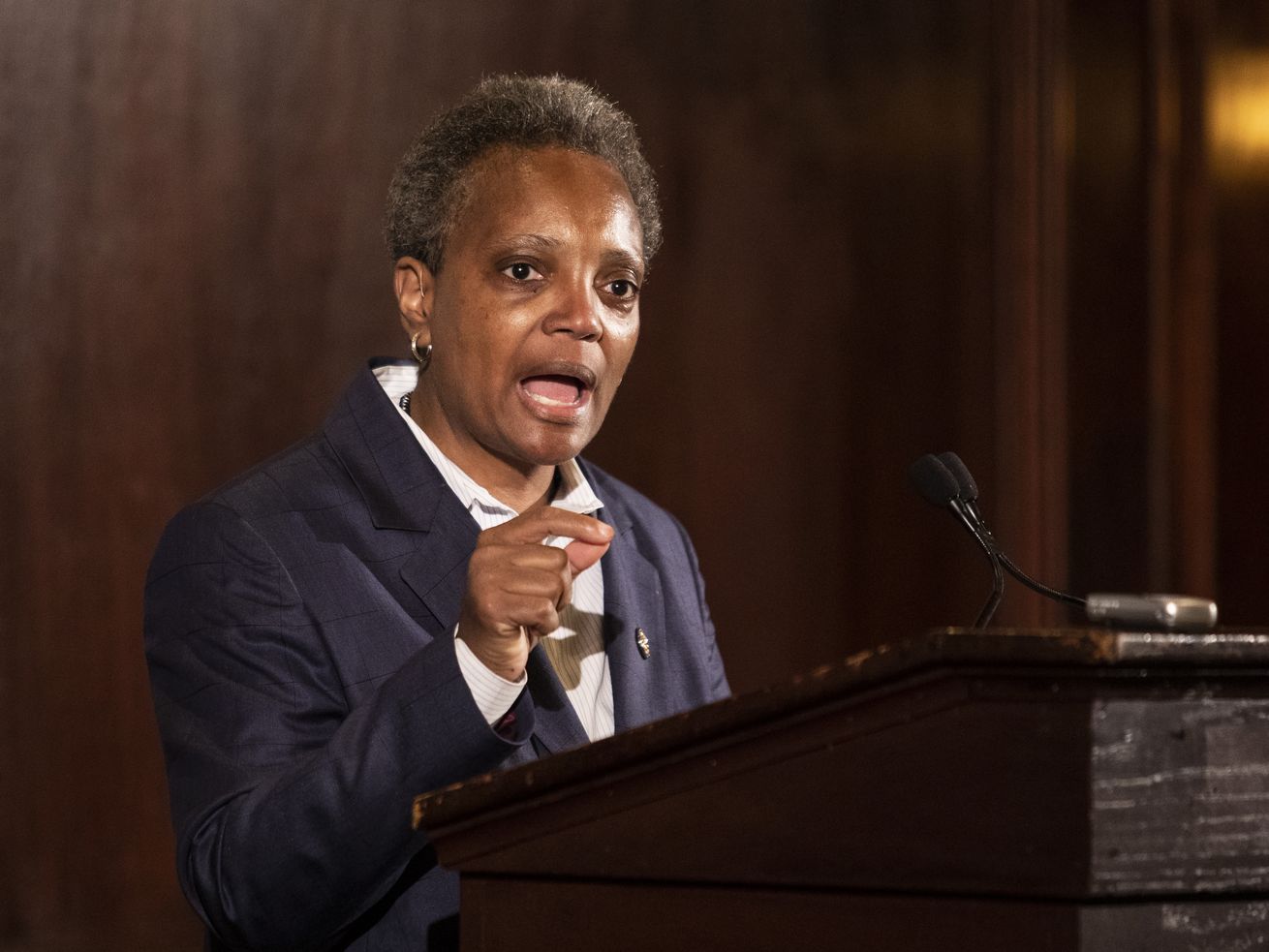 Mayor Lori Lightfoot on Tuesday tied Chicago’s never-ending cycle of gang violence to what she called “systemic disinvestment” in South and West side neighborhoods.

After “flooding the zone” over Memorial Day weekend with 1,200 more police officers and dozens of religious leaders — and touting more than 100 events and youth programs as alternative activities — Lightfoot came away with results tragically similar to previous years.

That’s apparently why Lightfoot is now attempting to lower the bar that she herself raised by putting so much of her early political capital on the line over Memorial Day weekend.

“I didn’t come into this with any illusions that we were gonna be able to wave a magic wand and reverse trends that have been in the making for some time. We were down on homicides from a year ago. But, we were up on shootings—and that’s clearly unacceptable,” the new mayor said.

Lightfoot noted that “a lot of what we’re seeing out there are crimes of poverty.” That underscores the need to invest heavily in the South and West side neighborhoods suffering from “systemic disinvestment” that has dragged on for decades.

“There’s young guys out there who get a small amount of money to essentially patrol their streets, but are telling me, `We have nothing.’ It’s difficult to make a persuasive argument not to be involved in the illegal drug trade, for example, when there are no other economic activities and opportunities out there for young men and women to participate in,” she said.

During a luncheon speech to the City Club of Chicago, Lightfoot compared the “systemic disinvestment” and “concentrated violence” plaguing the West Side’s Austin community to the “open spigot of capital flowing to places like Lincoln Park.”

She also pointed to a recent report by the Urban Institute.

“The violence that plagues these economically-isolated and racially-segregated communities is also no surprise. It’s what happens when the government and private capital pull out and focus elsewhere,” she said.

Lightfoot said her determination to change “systems predicated on race” is what motivated her to start her administration by ending the virtually iron-fisted control that local aldermen have over licensing and permitting in their wards while taking longer-term aim at aldermanic prerogative over zoning.

“Some aldermen and their benefactors in the real estate industry have used it to reinforce segregation in Chicago. To pile subsidized and affordable housing into black and brown wards and keep it out of white wards,” she said.

“They’ve used it to make the cost of opening and running a business so high that entrepreneurs are shut out from a chance to make a living, invest in a neighborhood. …Alderman prerogative is a tool that has been used by the powerful to build a system that excludes, disinvests and isolates working people. Ending it was fundamentally necessary to achieve the police goals I am outlining here today.”

Lightfoot also talked about her controversial decision to turn her back to the audience during last week’s inaugural address and literally demand that aldermen join the crowd in a standing ovation for reform.

The public show embarrassed and infuriated many aldermen because it made them all look like a bunch of crooks when only one of the 50 — Ald. Edward Burke (14th) — faces attempted extortion charges.

“Change is hard, but change is necessary. I turned to the gathered City Council members a week ago because they need to see that the people expect us to put the public first,” Lightfoot said.

After demanding the resignations of the entire school board, Lightfoot also said she has chosen a school board president who “won’t need an introduction” to most Chicagoans. She refused to elaborate.

Lightfoot also reaffirmed her strong desire for a Chicago casino to stop the city’s gamblers from “giving money away” to Indiana casinos.

And she flatly rejected an offer from ride-hailing giants Uber and Lyft to swallow an increase in ride-hailing fees as part of a state capital plan, but only if Chicago is precluded from raising local fees on ride-hailing.

“I’m here to tell `em we’re never gonna stand for that and we will fight against pre-emption on any issue. We have to have our home-rule authority to be able to regulate businesses and operations in the city of Chicago,” she said.