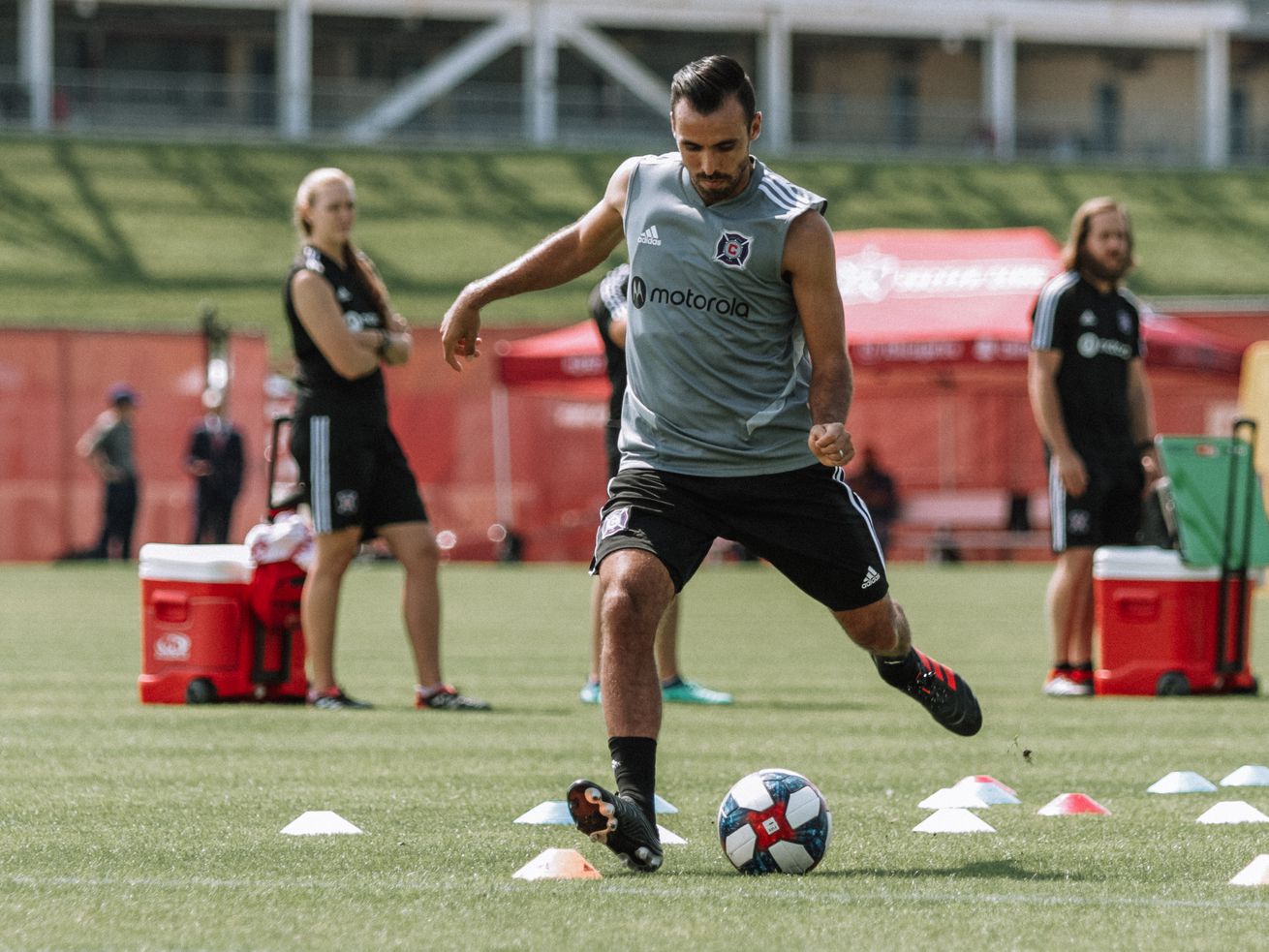 Since leaving MLS almost a decade ago, Bornstein has played in Mexico and Israel and is eager to live in the United States with his family.

Jonathan Bornstein is grateful for his experiences around the world. After starting his professional career with Chivas USA in 2006, Bornstein moved to Mexico in 2011 and then to Israel in 2018.

Bornstein has evolved as a person having played in three countries.

“If you talk to any player who’s played outside of their home country, they’ll tell you that it opens their mind and builds them as a person,” said the 34-year-old Bornstein, who joined the Fire on Monday and could make his debut Saturday against D.C. United. “It definitely helps them grow in terms of experiencing new cultures, new languages and overall just becoming a better person.”

Bornstein’s mother is Mexican, and his wife, Juliana, is from Brazil. His wife speaks English, Spanish and Portuguese, was learning Hebrew while Bornstein played for Maccabi Netanya and understands another two or three Latin languages. After growing up in California, Bornstein left the U.S. when he was 25 speaking only English. But now he can communicate through a handful of dialects.

His family also has had the experience of living around the world, and Bornstein’s two children speak multiple languages.

“Being a globetrotter has always been a positive thing,” he said. “I really enjoyed every experience, but that being said, it was definitely time to come back home and back to [MLS] and experience this with my family.”

Living in the U.S. will be something new for the Bornsteins.

“I’m excited for my family. My wife’s from Brazil, and my kids were born in Mexico,” Bornstein said. “They’ve never had an experience living in the United States, and I think it’s time for us to share that experience as a family. I’m really excited.”

Of course, Bornstein still has soccer objectives to accomplish. Since he left the league, MLS has added teams, and the level of competition has improved.

Coach Veljko Paunovic saw Bornstein play in Israel and was impressed. Bornstein liked Paunovic’s vision for the team when they spoke. And when Bornstein had a chance to move this summer, he looked at the Fire and thought they were a good fit for him.

The Fire (5-10-8, 23 points) are hoping that Bornstein, who’s signed through 2020, can provide stability to a back line that needs help. Bornstein is looking to inject energy and help the Fire make a late run.

“With my experience, I’m hoping to be able to come in and help the younger guys just keep getting better on a day-to-day basis, things that older guys showed me when I was younger and taught me how to compete day-in, day-out,” Bornstein said.

“I want to play well. I want to come in and make an impact right away and hope we can rescue a little bit of the season and hopefully get into the playoff picture and go from there.”