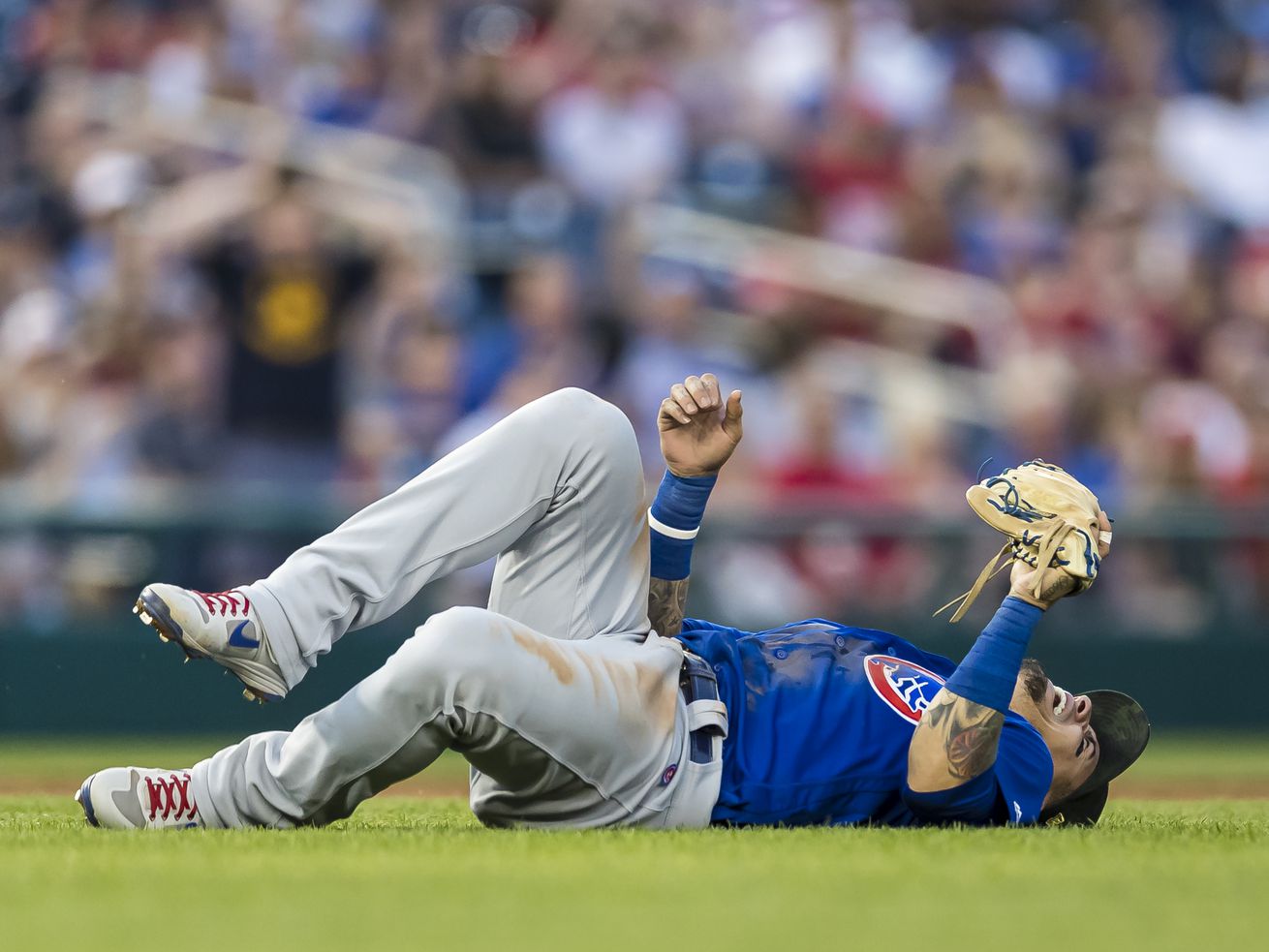 WASHINGTON — Cubs shortstop Javy Baez eventually was forced to leave Sunday night’s game against the Nationals after suffering a bruised right heel on a play early in the game.

Baez, last year’s MVP runner-up in the National League, was hurt in the third inning but played until being replaced by Addison Russell defensively in the bottom of the sixth.

With one out in the third, pitcher Jeremy Hellickson hit a slow roller toward short that Baez charged, fielded bare-handed and threw across his body to get the out on a close play.

He appeared to hurt the heel on the final step and throw, falling to the grass in pain.

After being tended to by the trainer and testing the foot, he remained in the game — making another charging play defensively in the fourth and hitting a grounder to second in the fifth.

His status for Monday night’s series opener against the Phillies was not immediately clear.