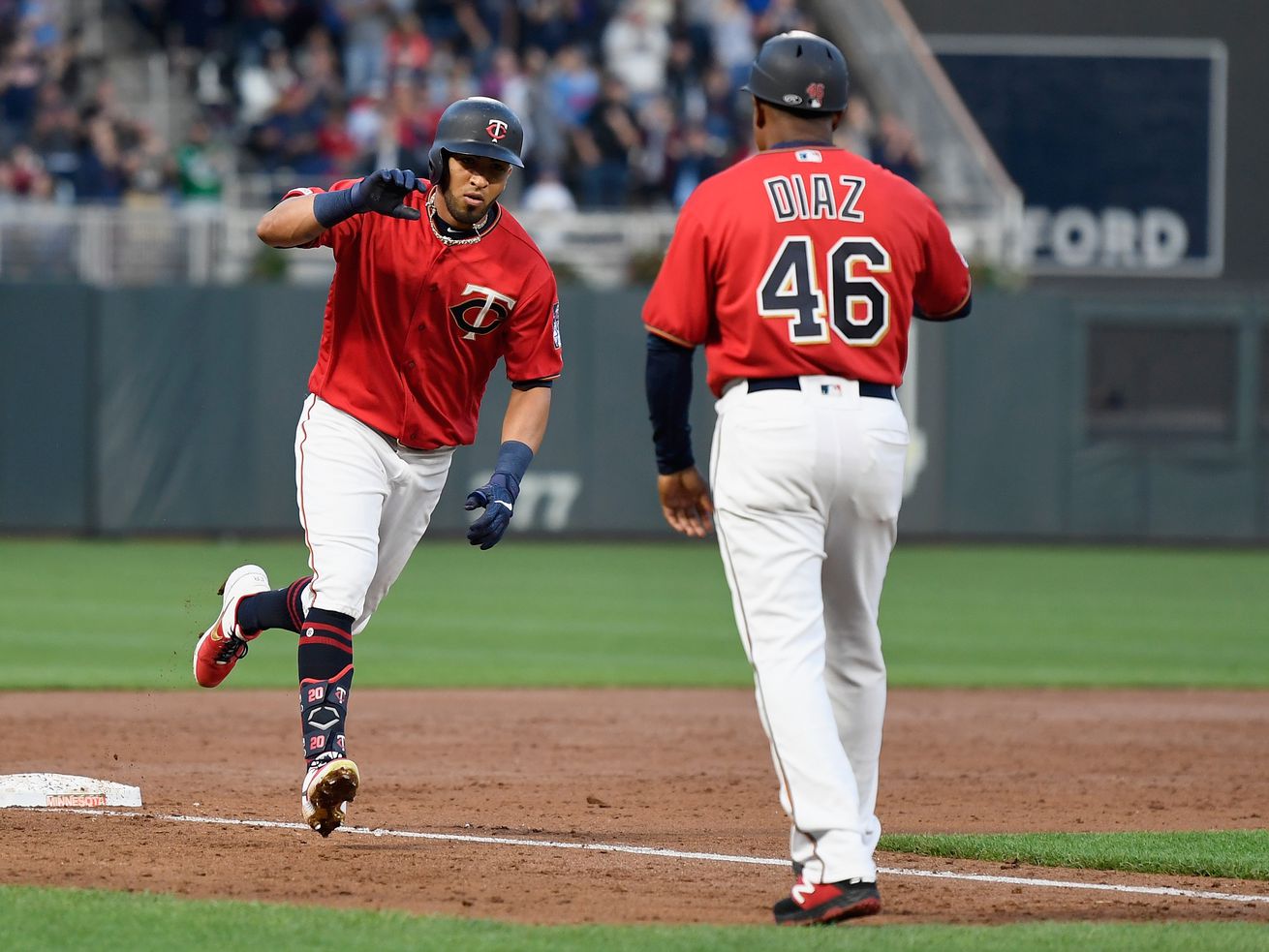 Sox starting pitcher Reynaldo Lopez barely had time to breathe Friday before he was caught up in the ever-whirling vortex of the team with the best record in baseball.

MINNEAPOLIS — White Sox starting pitcher Reynaldo Lopez barely had time to breathe Friday before he was caught up in the ever-whirling vortex of the division-leading Twins.

Max Kepler led off the first inning with a double, Eddie Rosario soon knocked him home and — just like that — the surging Twins had yet another early lead. For a team that came into this series with a double-take-inducing 27-5 record when scoring first, striking fast has been perhaps its most notable attribute.

Or maybe it’s the Twins’ major league-high home run total. When Eddie Rosario and Miguel Sano went deep off Lopez in the third, it gave the Twins 100 in only 50 games — a pace that would obliterate the 2018 Yankees’ single-season record. Yeah, that’s got to be it.

Or is it the starting pitching on the only team in baseball that entered the weekend with more than one six-game winner? The Twins already have three of them.

Then again, the whole road-warrior thing has been enormously impressive. Seriously, 10 games over .500 away from home? Who do these guys think they are, the Golden State Warriors?

Frankly, it’s hard to know where to start when describing how good the Twins have been. But how is it that a franchise that has averaged 71 wins over eight full seasons since its last division title — and that had a losing record in 2018 — is rocking-and-rolling to the tune of the best winning percentage in all of baseball (.673)?

Is there a secret ingredient that the Sox — who’ve averaged 75 wins a year since they last won the division, in 2008 — can search for?

“Even though the season’s still young, the things that we’re doing this year aren’t a fluke,” center fielder Byron Buxton said. “The way we play is the DNA of who we’re trying to become.

“But I’m telling you, it’s the chemistry here that’s the biggest thing. It’s just different in this clubhouse. It’s different than other places.”

The German-born Kepler, who belted the Twins’ third homer of the night — No. 101 — off Lopez, is well on his way to the best of his four seasons as a regular member of the lineup. He sensed before spring training started that whatever buzz was out there about his team as an American League dark horse was being undersold.

“I looked at the lineup we could have and [knew] this team could do some damage,” he said.

“But what’s unique about this team, compared to any other team I’ve played on, is that everyone gets along, everyone understands each other, so the vibes are very laid-back and relaxed. When you have that kind of energy, you play freely and relaxed. It’s the best.”

First-year manager Rocco Baldelli likes a lot of what he sees in the upstart Sox. He hasn’t battled them in the division, having spent the last four seasons on the coaching staff of the Rays, but they’ve impressed him in, if nothing else, a getting-off-the-bus sense.

“They have some big, strong guys that are very dangerous,” Baldelli said of the Sox. “You have to be careful and know who you’re pitching to when you’re facing them. They also have some pretty good athletes that can make things happen out in the field. They’re certainly a team that you have to be on your toes [against].”

Meanwhile, the Twins are bashing from their heels and doing pretty much everything else right, too. But it’s the more “general” things, as Baldelli put it, that are adding up to more. Playing hard. Respecting one another. Putting in work in between games.

It doesn’t sound all that complicated. Maybe it isn’t.

“Our players are professionals in every way,” Baldelli said. “We expect a lot out of them, but they bring it every day whether you’re talking about young guys, older guys. They’ve been everything that I’ve hoped for and more.”