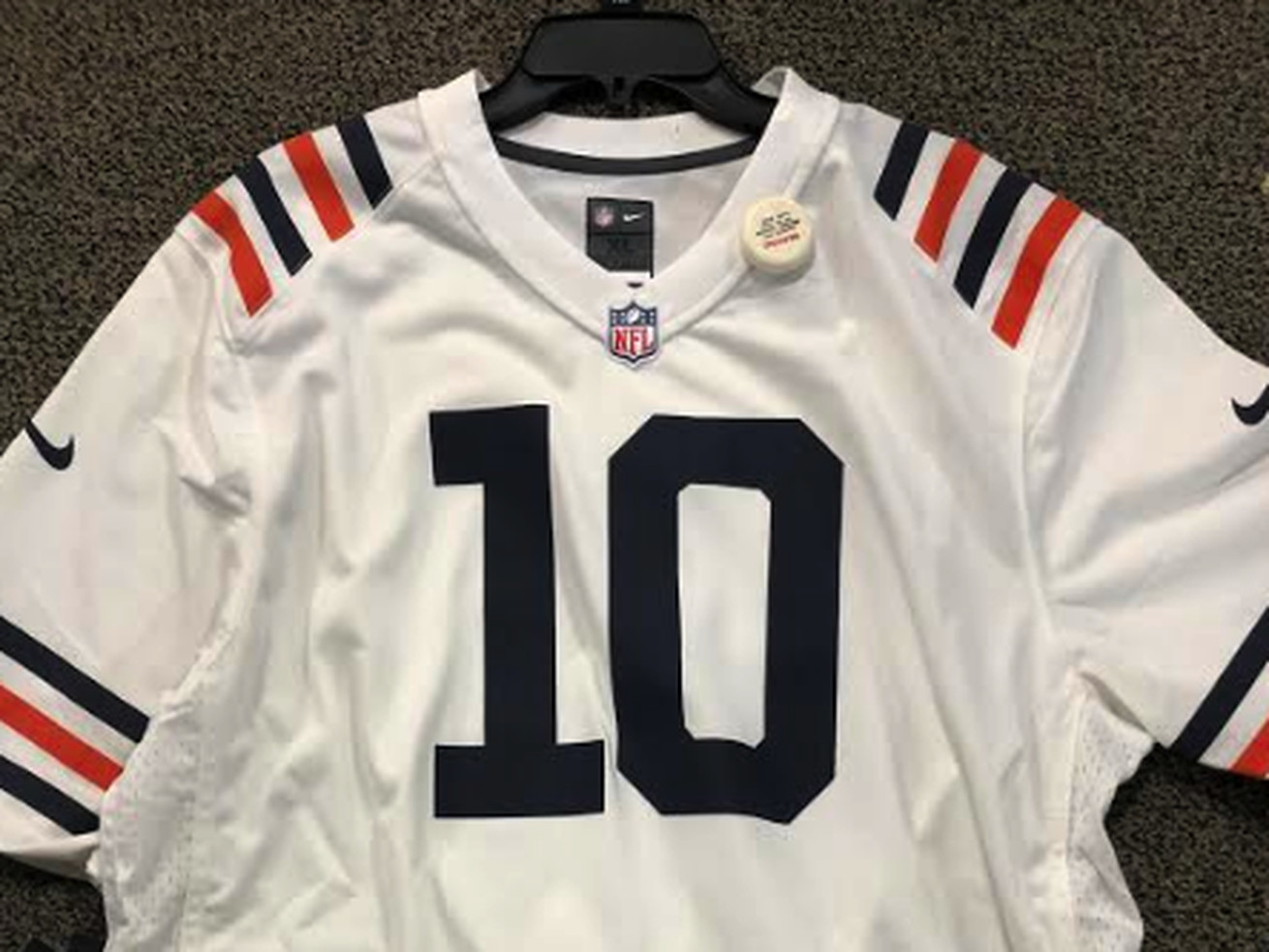 Dick’s Sporting Goods in Algonquin appears to have released a uniform that dates to 1936.

The Bears are scheduled to unveil their 2019 throwback jersey at their fan fest Friday night at the Donald E. Stephens Convention Center in Rosemont. However, a major sports retailer might have beaten them to the punch.

The team didn’t comment, but Dick’s Sporting Goods in Algonquin is selling two Nike “On Field” jerseys, one of Khalil Mack and the other of Mitch Trubisky. The white jersey has alternating navy and orange stripes on the shoulders and the bottom of the sleeves. The numbers are in a block font, unlike the Bears’ current uniforms.

The jersey is a throwback to 1936. Bears chairman George McCaskey is a noted fan of the design, which adorns the cover of his binder that tracks the history of Bears uniforms. The team is expected to wear the uniform no more than twice.

The Bears announced last year that they would unveil a throwback to commemorate their 100th season.

Detail shots of the #Bears throwbacks that Dick’s is selling pic.twitter.com/eTTxWjvsjF

The jersey will replace the team’s navy blue “Monsters of the Midway” throwback. The Bears will continue to wear their navy, white and alternate orange jersey in 2019.

This is how ol’ Bronko looked in 1936. Check those #Bears socks pic.twitter.com/zu9EJN42rH

In 1936, the Bears paired their jerseys with navy pants and striped socks.