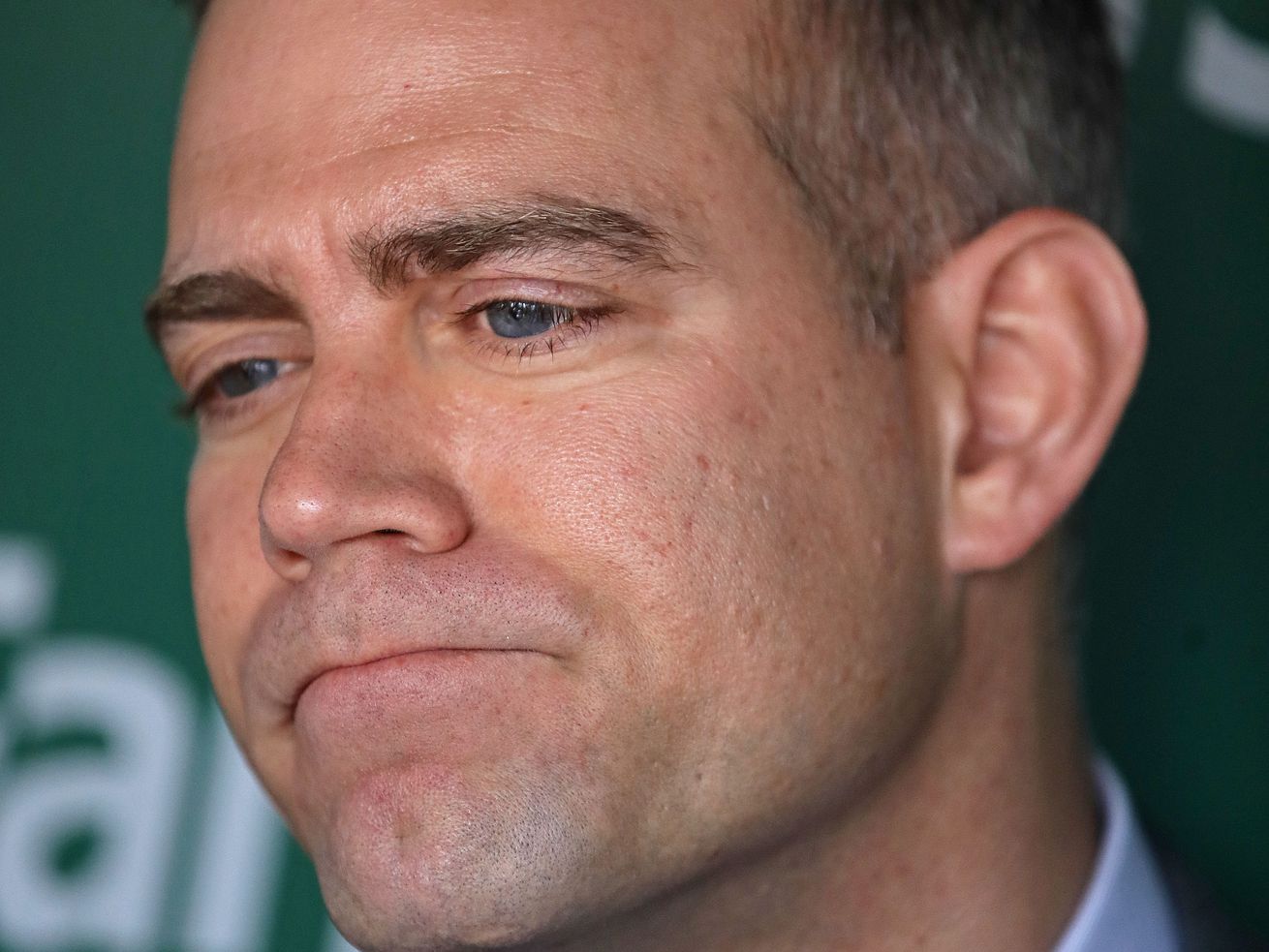 “I know that we’re working feverishly,” manager Joe Maddon said, just before Cubs target Eric Sogard went off the board in a trade to the Rays.

MILWAUKEE – With the trade deadline fast approaching on Wednesday, the Cubs watched one of their targets, Blue Jays infielder Eric Sogard, go instead to the Rays on Sunday as industry-wide activity began to increase.

Whether the Cubs will be able add much in the way of impact performers in the next couple of days is doubtful at best – with team president Theo Epstein saying on Friday that the big in-season acquisition of $43 million free agent Craig Kimbrel used up “a lot of – if not basically all of – our financial flexibility.”

Case in point: They spent only $1 to acquire Derek Holland Friday soon after he was designed for assignment by the Giants and are paying him just over the prorated minimum salary.

The fact that the Cubs were outbid for low-cost, rent-a-player Sogard (reportedly acquired for two players to be named later) also suggests a severely limited supply of attractive player capital to offer.

Baseball America ranks the Cubs’ farm system 29th among the 30 organizations in the majors.

But Epstein and his staff remain busy.

“I know that we’re working feverishly,” manager Joe Maddon said, “and really engaged. Our m.o. has been that things normally do occur. Let’s just play it all the way out.”

The Cubs need bullpen help and bench help, even after adding Holland, Kimbrel and catcher Martin Maldonado in recent weeks.

“We’ve had some really good conversations,” Maddon said of potential trade-target fits. “I like their ideas. We’ll see how it plays out.”

Rookie right-hander Rowan Wick has looked impressive enough in the week since his latest recall from Iowa that he might get a chance at a higher leverage situation for the struggling bullpen in the coming days.

“I won’t be nearly as reticent now to put him out there [in hot spots], just based on what he did [Saturday] night,” Maddon said, referring to his work getting the final out of the eighth and pitching through a trouble spot in the ninth to get a lead to Kimbrel in the 10th.

“Guys like that you don’t know; you’re just trying to break them in and see how they react,” the manager said of Wick who struck out Eric Thames to end the eighth and Lorenzo Cain to end the ninth. “One of the big indicators was picking up that [infield tapper] and throwing it to third base calmly [for an unexpected out on the lead runner]. That’s something that a lot of young guys don’t do. That speaks a lot to being able to control his emotions.”

What Maddon isn’t ready to do, he said, is use Kimbrel for more than a three-out save anytime soon.

“Middle of September might be the right time to pull it out,” he said. “By then he should be in tip-top pitching shape.”

Veteran left-hander Cole Hamels (left oblique) threw 59 pitches in a three-inning minor-league rehab start for Class AAA Iowa on Sunday and, barring setback, is expected to be activated from the injured list to start next weekend against the Brewers at home.

Hamels, making his second rehab start, gave up three runs on three walks and three hits, including two homers, and struck out four.

He was one of the hottest pitchers in the league (1.22 ERA in June) when the injury forced him from his June 28 start after one inning.