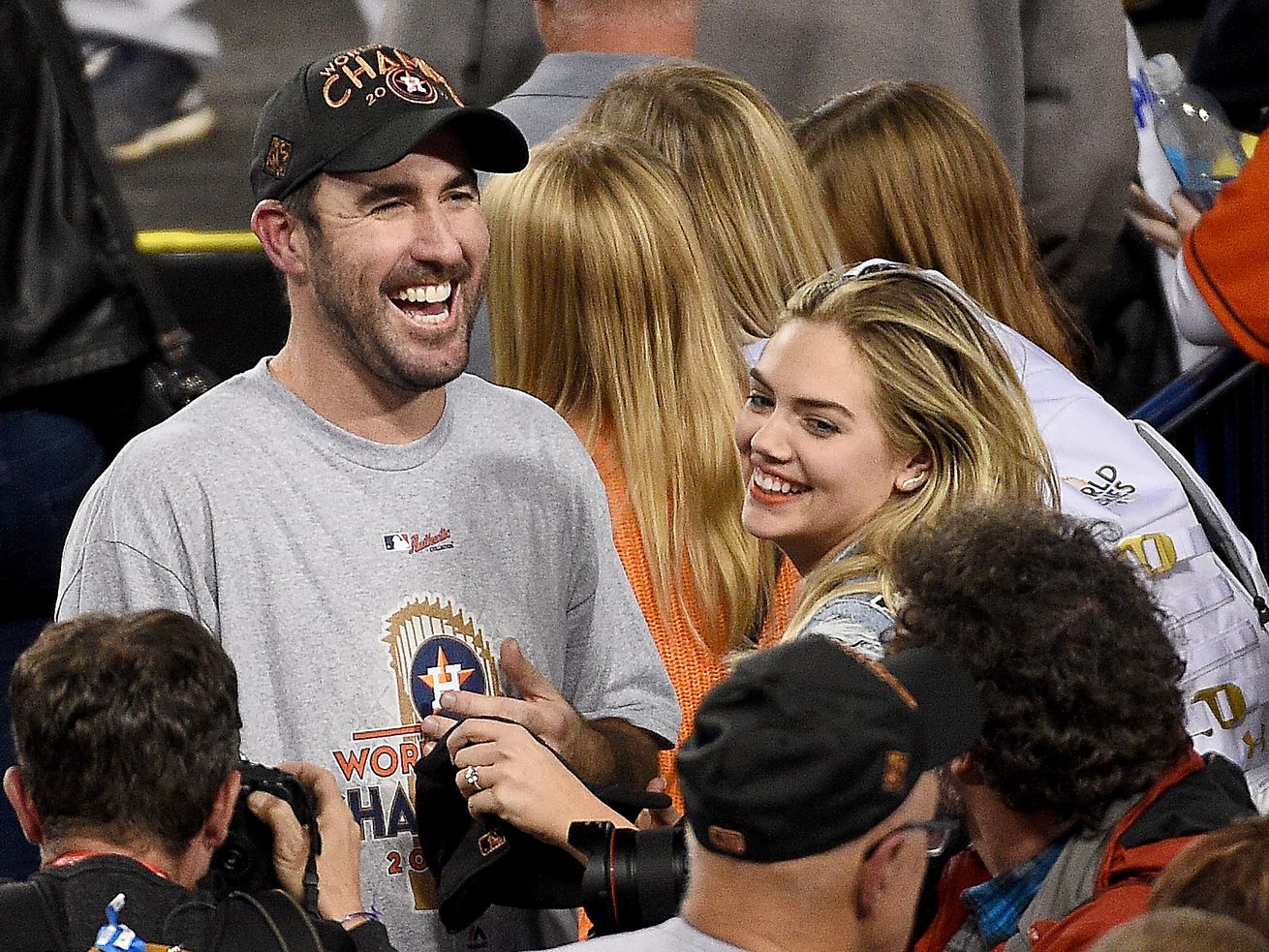 Since Astros landed Verlander in 2017 trade Cubs couldn’t pull off, Verlander has one title and Cubs might have to beat him if they want another.

HOUSTON – Cubs manager Joe Maddon waxed and raved about the Astros’ swing-and-miss pitching staff during a lost series in Houston, even as he wondered aloud about the possibility of making another trip to Texas this year — and figuring out how to pitch better when/if that late-October trip were to happen.

Conspicuously overlooked in that conversation was the Astros starter the Cubs did not face this week in Houston – the former MVP and Cy Young winner who reportedly would have been a Cub if he had gotten his way two years ago.

“He’s back to almost like his late 20s all over again,” Maddon said of Houston ace Justin Verlander.

Verlander won’t talk about his thoughts on the Cubs during July and August 2017, when by all accounts he held off waiving his no-trade rights until the last minute in August, hoping the Cubs would make something happen.

And he definitely wanted no part of “what-if” scenarios about Chicago during a conversation before Wednesday’s game.

Leave that part to the Cubs.

Two weeks after the Cubs were bounced from the playoffs by the Dodgers that year, Verlander led the Astros to their first World Series title, back to the American League Championship Series again last year and into a commanding early lead in the AL West this year.

“It’s been a dream come true,” Verlander said of the results since the trade from Detroit – which included a two-year contract extension that takes him through 2021. “When it comes down to the make-or-break-it deadline, if I’d have had that crystal ball, it would have been an easy decision. But I didn’t.

“Looking back, it seems like the best decision I ever made in baseball. But at the moment, man, it was extremely difficult.”

Ultimately the Cubs didn’t have the player capital to pull off the deal for what the Tigers were asking for a player who still had two years and $56 million left on his contract.

But talk about swing and miss. The Cubs, who got Jose Quintana from the White Sox six weeks before the Verlander trade, looked for strikeout stuff in free agent signings of Yu Darvish and Tyler Chatwood last year.

When that didn’t work, they were compelled to trade for Cole Hamels last July and exercise his $20 million contract option this year.

Can you imagine having Verlander in this rotation this year? “Of course,” Maddon said.

Verlander said Tigers GM Al Avila kept him in the loop on interested teams, with the Dodgers, Yankees, Cubs and Astros as “the four contenders or teams that had shown interest,” Verlander said.

“I told him all those teams were plausible,” he said.

If Houston has turned into an unexpected “dream” for Verlander, it might not feel like a dream matchup for the Cubs if they find their way into a World Series against the Astros with Darvish looking for atonement for a miserable 2017 World Series with the Dodgers and coulda-been Cub Verlander looking for an encore.

“There’s definitely a possibility,” Verlander said of a possible October matchup. “We’re kind of sizing each other up. You can tell there’s a little something extra in these games, that’s for sure.”