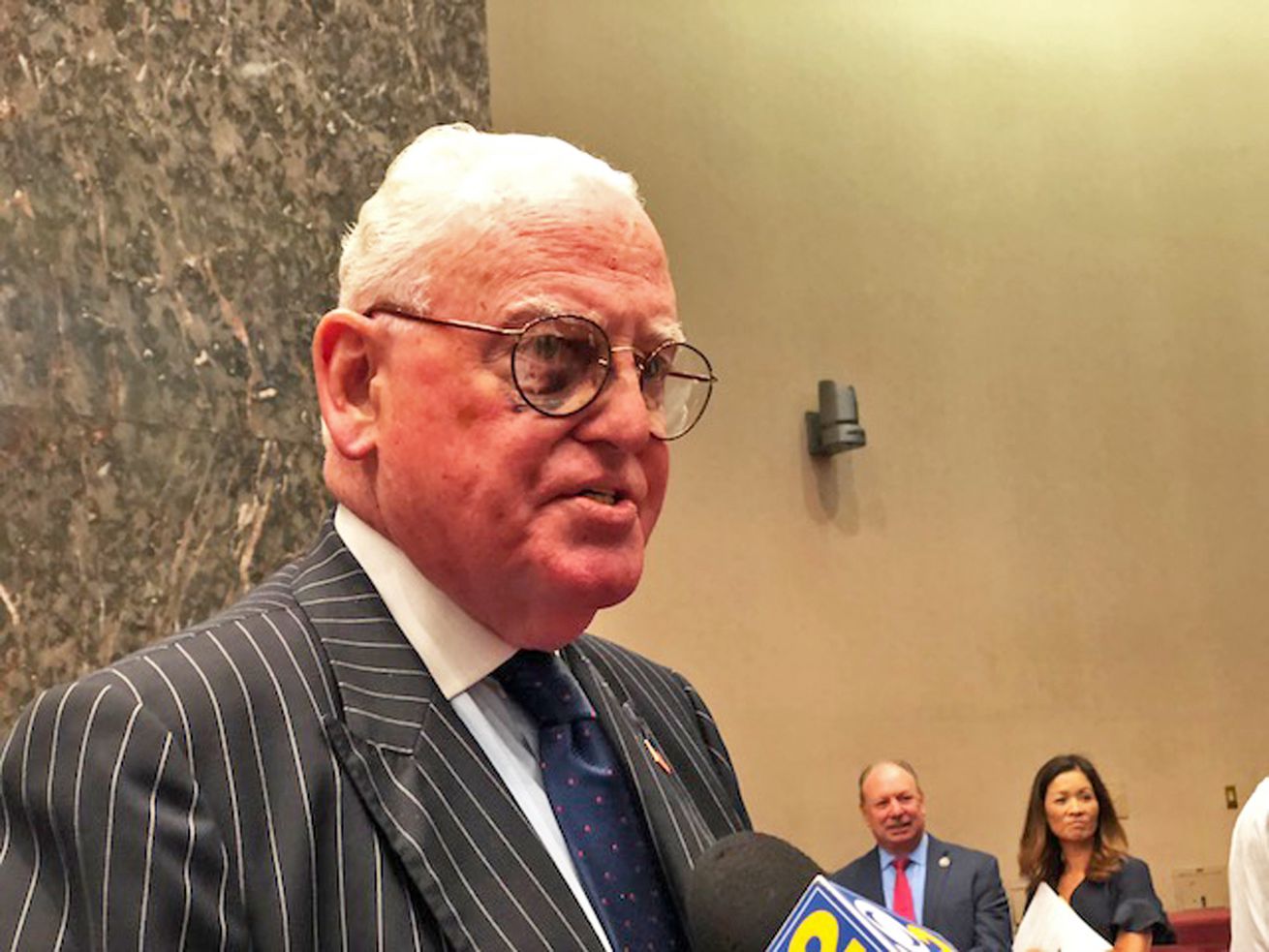 The whole point of extortion is to get rich easy. But some people, as it turns out, are rude and unappreciative about being extorted. They drag it out.

We had no idea how much work it takes to squeeze a business for a simple bribe.

Read the federal indictment released Thursday. See for yourself how long and hard Ald. Ed Burke allegedly worked to force a New York developer to hire his law firm in exchange for greasing the developer’s way at City Hall and around town.

The whole point of extortion is to get rich easy. But some people, as it turns out, are rude and unappreciative about being extorted. They drag it out.

As early as Aug. 26, 2016, according to the indictment, Burke let it be known through a middleman, Ald. Danny Solis, that he was prepared to use the powers of his office to assist the developer, who had plans for the vacant Old Post Office building. But Burke made it clear he expected a secret payoff in return — a contingency fee paid to his tax appeals law firm.

Two months went by before Burke, in a meeting at City Hall, allegedly solicited the developer in person for legal work in return for his help. The developer said he was having problems with Amtrak. Burke assured him there weren’t “too many people around town that we don’t know.”

But then another month flew by. And still no kickback had been locked in. This offended Burke. He griped, according to a recorded conversation, that the developer was going to need “a lot of approvals” for his project.

Life went on — Christmas, New Year’s. And by Jan. 25, 2017, Burke had actually done work, of a sort, on the developer’s behalf, reaching out to an Amtrak employee. But even then, he complained, “the cash register has not rung yet.”

Who knew nailing down a bribe could be so hard?

And still the disrespect continued.

Four months later, in another conversation with Solis, Burke allegedly made it clear that he now could fix everything for the developer with Amtrak and the city Water Department. But he had heard nothing about “getting hired to do the tax work” so he was not “motivated.”

And a week after that, what was the sad reply when Burke allegedly asked Solis, “So, did we land the, uh, the tuna?”

On about Aug. 2, 2017 — well into the summer doldrums — the developer allegedly told Burke that things were moving in the “right direction” with Amtrak. He thanked Burke.

But still, one hand failed to wash the other.

“When they get taken care of, you never hear from ‘em,” the alderman allegedly whined. “You only hear from ‘em when it doesn’t work out.”

“As far as I’m concerned,” Burke allegedly said, “they can go f— themselves.”

So how was this outrage ever resolved?

Not so well for the hustling alderman.

Burke, according to the indictment, ended up working his magic at City Hall on several issues for the developer. He reportedly even played a leading roll in landing a tax subsidy — a TIF — for the project. The City Council approved the subsidy on Sept. 20, 2018.

But there is no indication that a Burke law firm contract sent to the developer ever was signed.

All in all, if the facts of the indictment hold up, Burke angled for two years and 25 days for a bribe that never arrived.

For this alleged shakedown and others, Burke has been charged with racketeering, like a mobster.

If found guilty, he likely will go to prison, where at least he can get some rest.