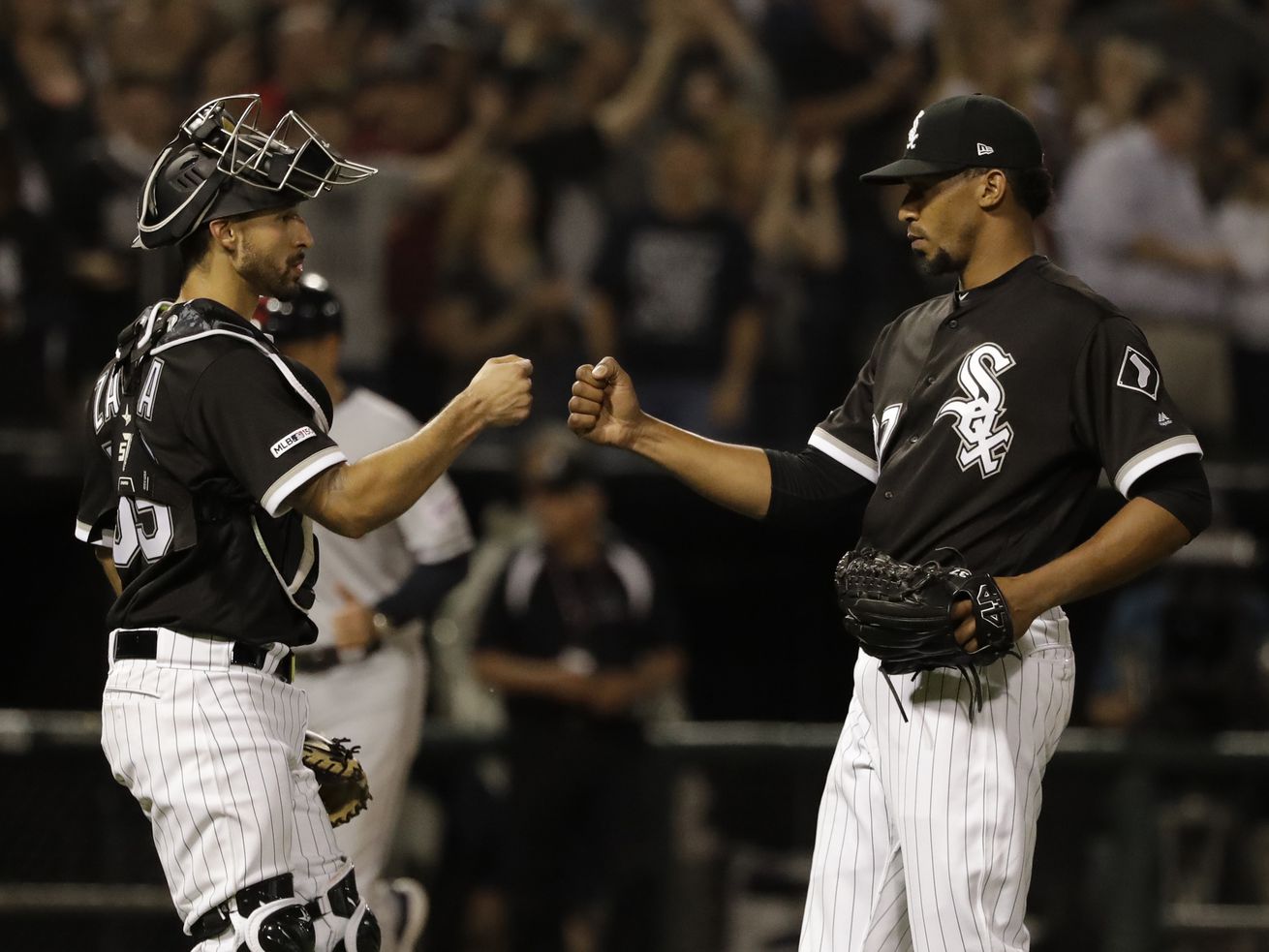 The 25-year-old Zavala was sent back to Charlotte to make room for Welington Castillo, who was reinstated from the concussion list.

Seby Zavala was optioned to Class AAA Charlotte after Friday night’s game. But during his brief time in the major leagues, the 25-year-old catcher showed why the White Sox think highly of his potential behind the plate.

“I think that one of the things that we have liked is the way he manages the game,” manager Rick Renteria said. “From the offensive standpoint, he’s had some good seasons in the minor leagues. It’s one of those things where, I’m sure he’ll continue to work on that, make some adjustments.

“But certainly, behind the plate, he’s been doing a really nice job all the way through and did a very nice job (Friday).”

Zavala was sent back to Charlotte to make room for Welington Castillo, who was reinstated from the concussion list. Zavala went 1 for 9 over three games and struck out seven times. He did look more comfortable Friday, picking up his first major-league hit.

“That’s natural. After being here a little bit, just getting acclimated to the surroundings,” Renteria said. “But he did, in general, all the way around he looked much more comfortable for sure.”

Time to breathe
The Sox are nearing the end of a grueling stretch of their season. In the middle of a run of 33 games in 33 days (one day off, one doubleheader), the Sox will have a day off Monday after a stretch of 18 consecutive games.

Renteria is already looking forward to a slight breather.

“It’s going to be awesome, come Sunday late, after hopefully a victory, to be able to take a scheduled day in order for these guys to just relax,” Renteria said.

The schedule does relent after Sunday. The Sox are off Monday, play twice at Washington, then have another day off Thursday before going to Kansas City. The Sox also aren’t playing on the 12th.

“We have a few days coming up off within the next two or three weeks, so they’ll able to hopefully catch up a little bit and give their bodies a little chance to take a step back,” Renteria said. “Guys are a little fatigued. I know we’re just trying to get them through it and they’re doing a great job of just continuing to stay focused and run through these next couple of days.”