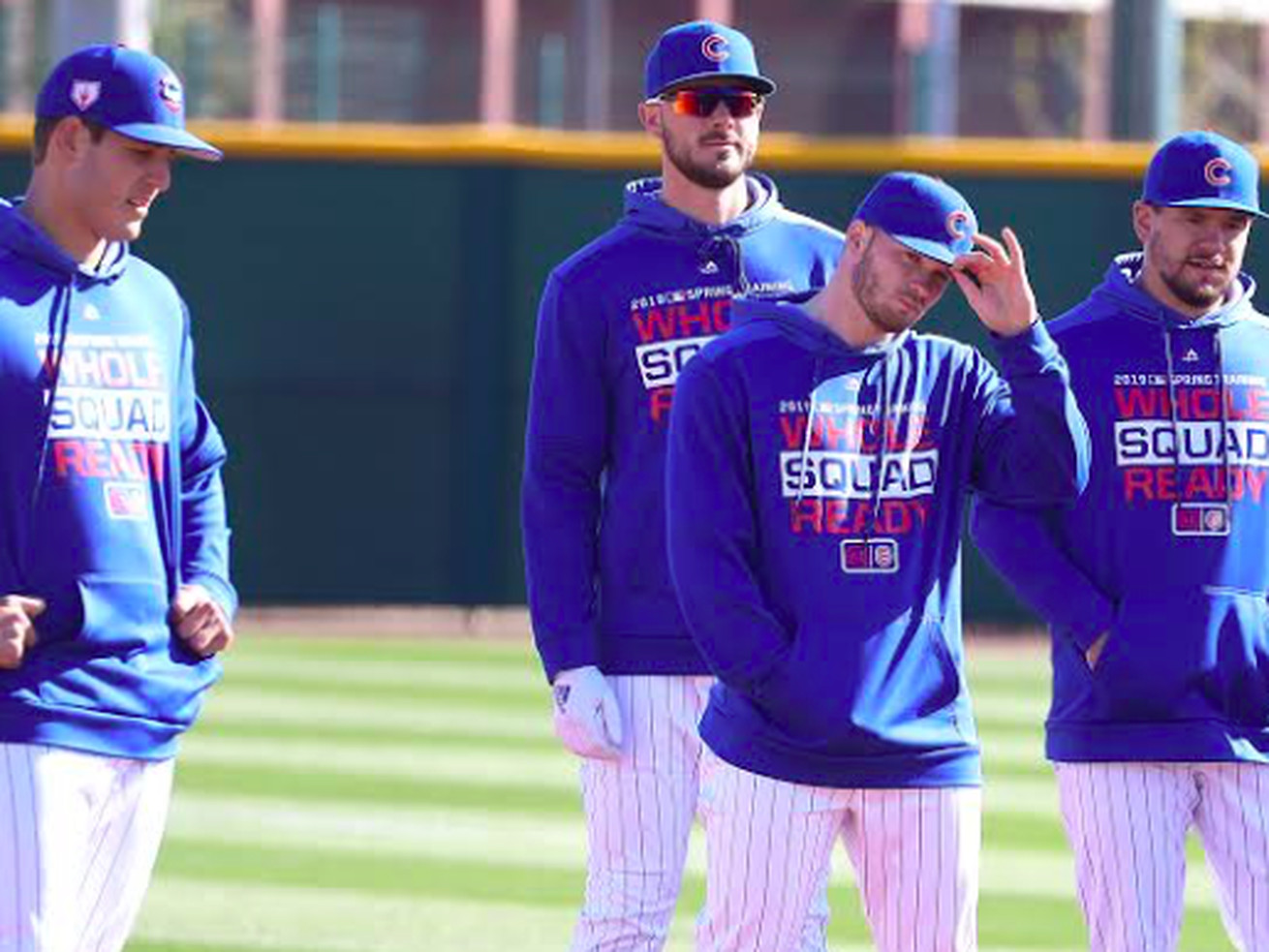 Ian Happ (tipping cap), shown with teammates in spring training, said Friday he’s “excited” to be back with his pals after 99 games in the minors this season. | John Antonoff/for the Sun-Times

The spark for the lineup the Cubs hope he can help bring will have to wait after another poor showing against lefty pitching in a 3-2 loss to the Brewers on Friday night.

MILWAUKEE – Cubs outfielder Ian Happ acknowledged it was tough getting a shocking demotion out of spring training and settling into a 99-game stretch in the minors after spending more than a year and a half in the big leagues.

But as he made his return Friday night in Milwaukee, the switch-hitting Happ said the approach wasn’t complicated, even if it wasn’t easy:

A season’s worth of work on both sides of the plate showed enough progress in recent weeks to lead Friday’s debut in left field, batting sixth, in the Cubs’ 3-2 loss.

“Really the last few weeks he’s been able to put a well-rounded offensive package together on a consistent basis, game to game, at-bat to at-bat,” team president Theo Epstein said. “That’s what we’ve been looking for.”

They’ve also been looking for a boost for their miserable team performance against left-handers this season, “and he’s been pretty good with his right-handed swing for most of the year,” Epstein said. “And our centerfield production, and even our second base production, hasn’t been what we’ve hoped for, and he can play those positions.

“So it seemed like the right time to embrace another opportunity for him up here.”

Happ made a nice sliding catch in foul territory to end the first even if the hitting-lefties thing didn’t play to script against Brewers starter Gio Gonzalez – who took a no-hitter into the sixth Friday before Albert Almora’s led off the sixth with an infield single (followed by David Bote’s home run).

Happ was 0-for-3 in his return, including two at-bats against Gonzalez, as the National League’s third-worst-hitting team against lefties went 4-for-25 (.160) against Gonzalez and Josh Hader on this night.

“I’m excited to be here, excited to be back with all the guys,” said Happ, who also can play second base but is expected to get most of his playing time in center and left until further notice.

“Just to be back with the guys and feeling that energy and where they’re at right now – where we’re at – it’s a good spot. We control our own destiny, and I’m excited to be part of it.”