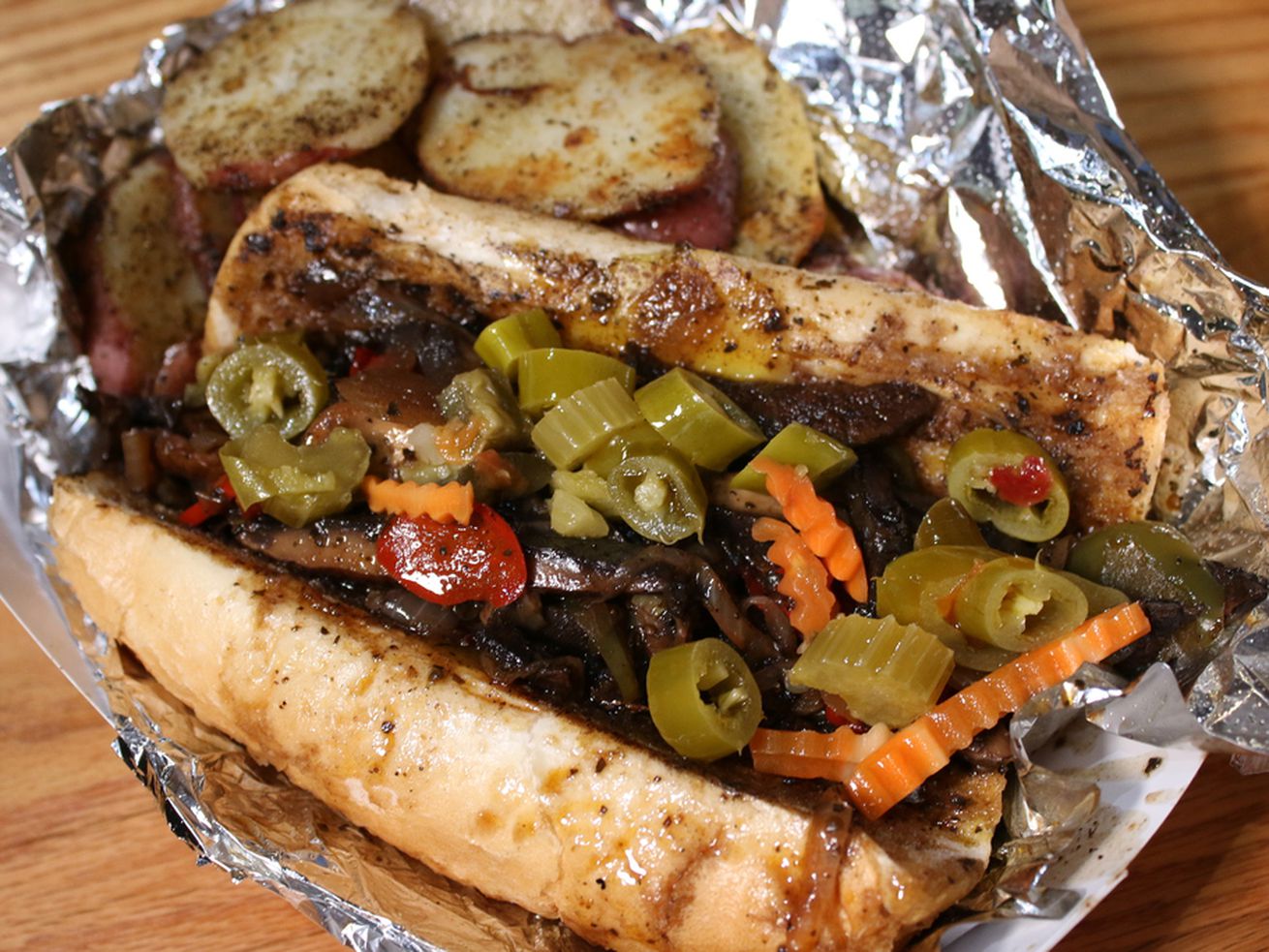 B’Gabs — a nickname bestowed to Chef/Owner Gabrielle Darvassy by friends — not only caters to the dietary needs of vegans and vegetarians but to those who prefer their meals, strictly raw, soy-free, gluten-free, nut-free or alkaline-based.

The steady beat of knives dicing vegetables and the whirring hum of high-speed blenders provide the continual culinary soundtrack that rocks B’Gabs Goodies in Hyde Park.

Chef/Owner Gabrielle Darvassy also moves in a similar, effortless rhythm as she juggles her various tasks at the plant-based cafe she founded as part of her journey to eat healthier and embrace others who want to eat cleaner and live more holistically.

B’Gabs — a nickname bestowed to Darvassy by friends — not only caters to the dietary needs of vegans and vegetarians but to those who prefer their meals strictly raw, soy-free, gluten-free, nut-free or alkaline-based.

Darvassy discovered the raw vegan diet when she had a serious health scare 12 years ago. That experience pushed her to leave her corporate job and devote her energy and time to healing.

Soon, Darvassy started her business in her home, selling goodies at the 61st Street Farmers Market.

Darvassy explained that since the vegetables are cut to order, customers have to wait a bit longer.

“You’re not going to come in and get something that was cooked hours ago,” said Darvassy, explaining that chopped vegetables oxidize and lose nutrients faster.

Open every day except Mondays from breakfast time (7:30 a.m. Tuesdays through Saturdays; and 9 a.m. on Sundays) to 3 p.m., B’Gabs offers meals made from scratch, in-house, except for the Impossible Burger (made by an outside manufacturer).

Jerk cabbage and coconut curry is also a popular item, as is a jerk version of the Impossible Burger.

For those who prefer a raw diet, there are raw tacos, burritos and a burger made of dehydrated vegetables and seeds served with greens, tomato, cucumber, onion, avocado sauce and chipotle cheese sauce on onion bread.

My favorites were vegan versions of usually bad-for-you comfort foods: a Philly “cheesesteak” with vegan cheese, Italian “beef” made of seasoned portobello mushrooms and a nacho salad with sunflower seed meat.

To finish off your meal, don’t forget the desserts. Darvassy’s vegan cheesecake is an award-winning delight. And if that’s not your thing, there is vegan hummingbird cake, banana pudding and assorted pastries.

In addition to the vegan treats on the menu, B’Gabs also has cold-pressed juices and smoothies, customized meal plans, detox cleanses and an item called the “grocery bag”— where a chef’s pick assortment of cooked and raw menu treats is packaged to-go.

To Darvassy, B’Gabs is more than a restaurant — it’s a community gathering space that showcases local artisans, healers and activists and promotes environmentally friendly practices like composting.

“I’m really fortunate to have this environment that’s been co-created by everybody who’s come here. I could never create all of this myself,” Darvassy said.