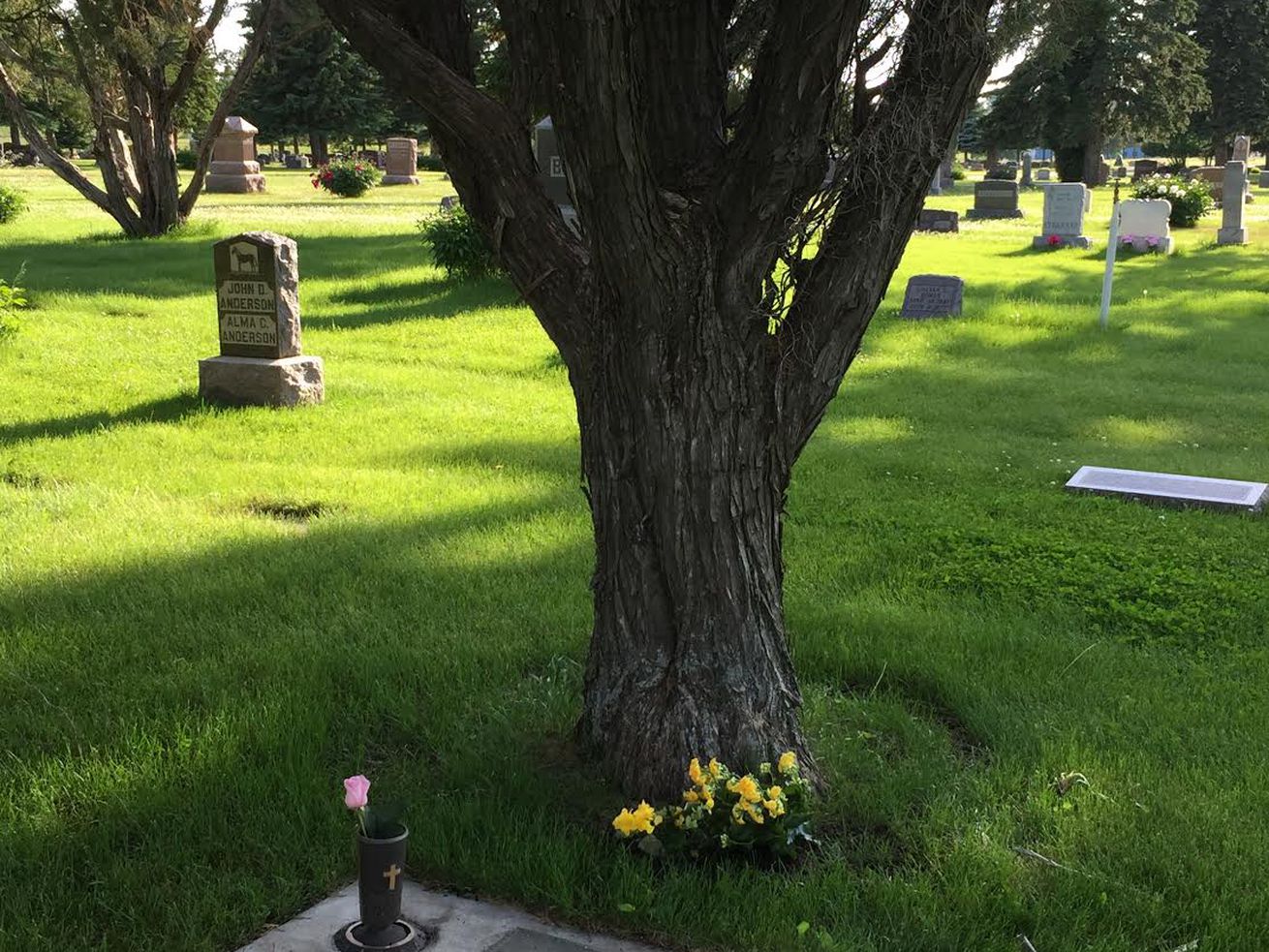 Michael Sneed offers words of tribute to her father. Richard Edward Sneed was a gunner on a bomber during World War II, for which he won the Distinguished Flying Cross.

A reminder of all the questions left unasked, all the answers never shared … especially by a daughter who would one day become a journalist.

It wasn’t ack ack or flak or bullets that killed my father, a U.S. Army Air Corps B-24 Liberator gunner bombing a Japanese island when I was born, a war hero who was awarded the prestigious Distinguished Flying Cross.

Dad survived four years of war only to succumb to open heart surgery when he was only 63 years old, the result of years of smoking cigarettes, emphysema, and using “suspect” fertilizer on one of his bountiful gardens overseas.

Although his death was devastating, it was no surprise. My father always felt he was living on borrowed time.

Shortly before his final surgery, my father asked to talk to my mother alone. He felt he was not going to survive.

“Dad told me not to waste money on an expensive funeral and mark his grave with what is provided by the U.S. Army,” she said.

“And if he didn’t make it, I was to be happy and to marry again.”

“But he also wanted me to promise to be buried next to him when I died even if I were to marry again.”

Although Mom eventually married again — and pre-deceased this wonderful new husband — she had felt conflicted by her promise to my father before Alzheimer’s finally laid siege to her mind.

So in September 2006, when mother died, we kept her promise to dad along with the blessings of her husband, who also was a World War II war hero.

We disinterred Dad from a cemetery in Georgia and buried him near Mom in her family’s cemetery plot in Mandan, North Dakota.

Our father’s U.S. Army grave marker/footstone now rests in the shade of a Juniper Tree.

And when I visit, the little U.S. Army flower pot will contain a pink rose.

It was my mother’s favorite flower.

And proof of a promise not broken.

• To wit: Sneed came across a picture on social media of an Illinois license plate on a red Ford reading “Aryan” — along with concerned comments that the plate might be intended to promote white supremacy.

• The upshot: However, Sneed has learned the Illinois secretary of state’s office — which filters out offensive plates — has done its due diligence.

• Translation: ”Aryan” is the first name of the person who registered for the plate.

But his wife, Amy Rule, is not far behind.

Although former mayor Rahm Emanuel has made sure his 1,000-mile trek around Lake Michigan — as well as his legacy — has filtered out in drips and dabs via the Emanuel internet before he left office . . . . Here are a few new tips and twaddle.

• Femme fact: The Rahmster, who was spotted on his bike tour dining at the Red Cup Cafe in Chesterton, Indiana, eating his favorite: pecan pie, was joined by his wife, who is following him in a car on the trek, according to a Chesterton Tribune report.

• Factoid: Yipes! When Emanuel was complimented by the cafe owner on his retirement, Emanuel chirped: “More like a divorce from my constituents.”

• Took his last trip to City Hall aboard the politically correct CTA Brown Line, where he received a lot of high fives.

• Had his last breakfast Monday with Gov. J.B. Pritzker at the Atwood Cafe.

• Former President Bill Clinton called E last weekend to tell him he loved the Chicago Stories podcast featuring Bill Kurtis turning the tables on the mayor by interviewing him for the last podcast.

A calendar date: The annual Printers Row Lit Fest, established in 1985, will celebrate its 35th anniversary with a two-day blowout June 8-9 from Dearborn Station to Ida B. Wells Drive — showcasing 100 booksellers, 60 programs and feature 100 speakers on eight separate stages. “When you talk about books, you are talking about every kind of human endeavor,” says Bette Cerf Hill, who is the fest’s founding director. “And the best thing about the fest this year is to be with book lovers in the midst of sunshine,” she added. Bravo, Bette! . . . . I spy: TV personality Mario Lopez spotted at TAO eatery last weekend. . . . Saturday’s birthdays: Aly Raisman, 25; Octavia Spencer, 47; and Mike Myers, 56. . . . Sunday’s birthdays: Lauryn Hill, 44; Stevie Nicks, 71; and Ben Zobrist, 38.