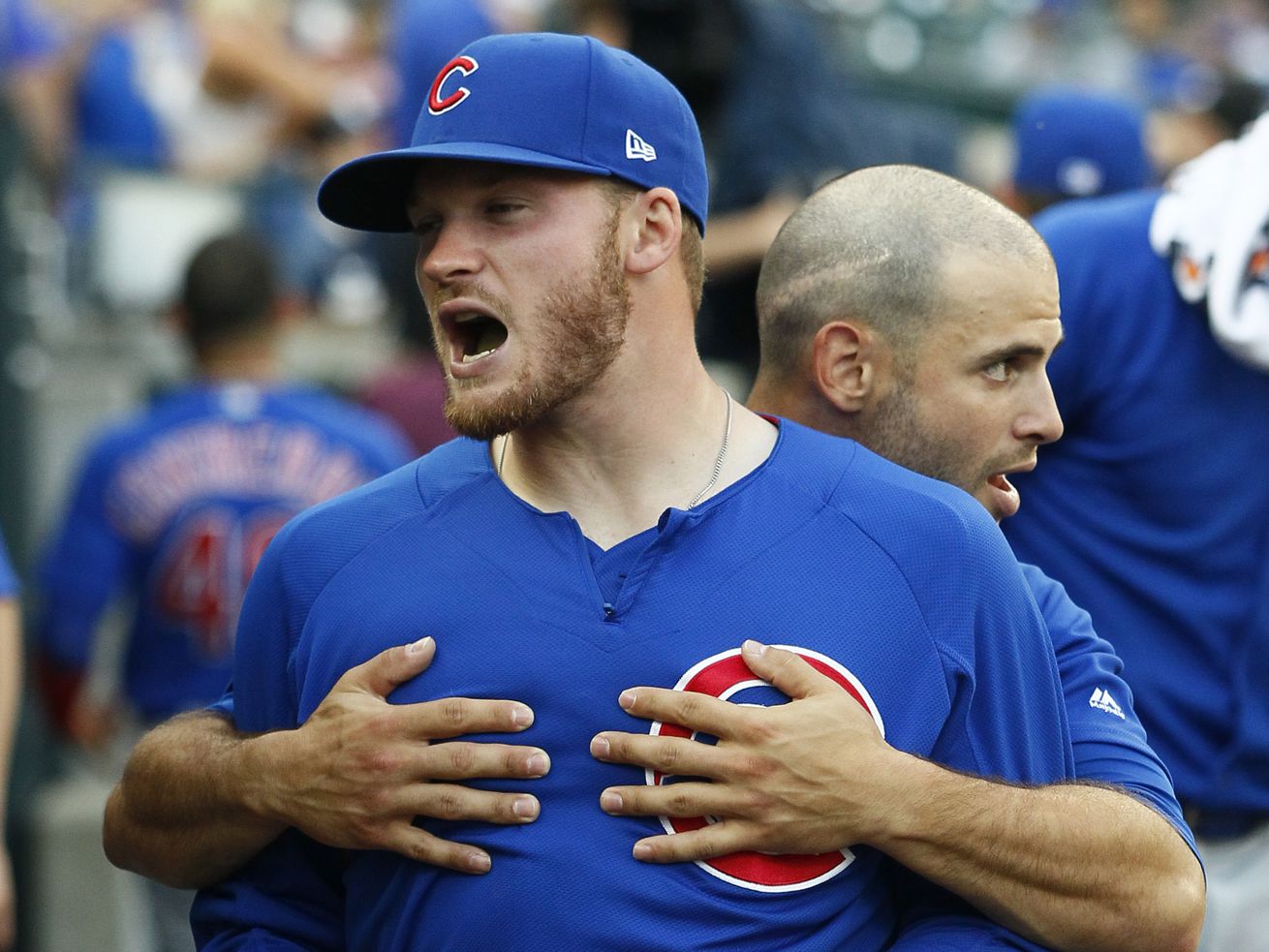 “This could be a week where it kind of defines our season,” said Kris Bryant as the Cubs face the Brewers, Cardinals — and the trade deadline — over the next seven days.

MILWAUKEE — Anyone who didn’t know how seriously the Cubs are taking their most significant week of baseball since October might get a couple of eye openers if they haven’t been watching the last few days.

Shortstop Addison Russell and reliever Carl Edwards Jr. — both important World Series players for this team — were demoted to the minors before the team left San Francisco this week.

And as the Cubs open a six-game road stretch Friday against the Brewers and Cardinals, switch-hitting Ian Happ rejoins the team for the first time this season — five days ahead of the trade deadline.

What kind of difference will it make for a team that got caught in the standings by the Cardinals on Thursday — and that hasn’t won a road series since the middle of May?

All the front office knows is that if Happ brings back his waffle makers to recreate last year’s dugout shtick, he better bring the batter this time, too.

“We need to get more offensive, no question,” manager Joe Maddon said, repeating a mantra he has asserted for months.

That might even mean prioritizing a bat such as the Blue Jays’ Eric Sogard above the severe need for another reliable left-hander in the bullpen as the trade deadline at 3 p.m. Wednesday approaches. Especially with lefty Tim Collins expected to head back to Class AAA Iowa to make room for Happ.

But for now what’s clear is that in a wide-open division race, for a team with inexplicable trouble winning road games, the Cubs face the most critical weeklong stretch of their season so far as Kyle Hendricks takes the mound Friday.

“Obviously, the mindset you have as a player is the next game is the most important game,” said Kris Bryant, who’s expected to return to the lineup after a brief scare Wednesday with a sore right knee. “But this could be a week where it kind of defines our season.

“Playing the Brewers, playing the Cardinals, the trade deadline, everybody’s thinking we’re going to make moves, stuff like that. We might look back on this week at the end of the season, and this’ll tell us a lot about where we are at the end of the year.”

Regardless of how the look of the roster might change between now and the deadline, at least two huge factors for the Cubs and their chances of winning a third division title in four years will be spotlighted in the next six games.

First, they’re all on the road, which has been treacherous for the North Siders all season. They’re winless in their last eight road series and have won only three of 16 all year. Only the Mets have a worse road record than the Cubs (19-29).

“The biggest thing we’ve got to do is figure out this road dilemma,” said Maddon, whose team has one of the game’s best home records.

The most conspicuous difference is the inexplicable 4.86 team ERA on the road (third-worst in the NL) compared to 3.36 at home (second-best to the Dodgers).

Home, road or anywhere else, the Cubs’ play against NL Central teams will determine their finish more than anything else, starting with these six games, followed by three more at home against the Brewers.

“Pretty much whoever gets the best -record within the division here on out is -going to take it,” said first baseman -Anthony Rizzo, whose team plays 39 of its last 60 against NL Central teams, more than -anyone else in the division by far.

“We have an opportunity to definitely -separate from both clubs. But if it doesn’t [happen], we’re not going to throw in the white flag. We have a lot of games left. It starts with Friday, and anything’s possible.”