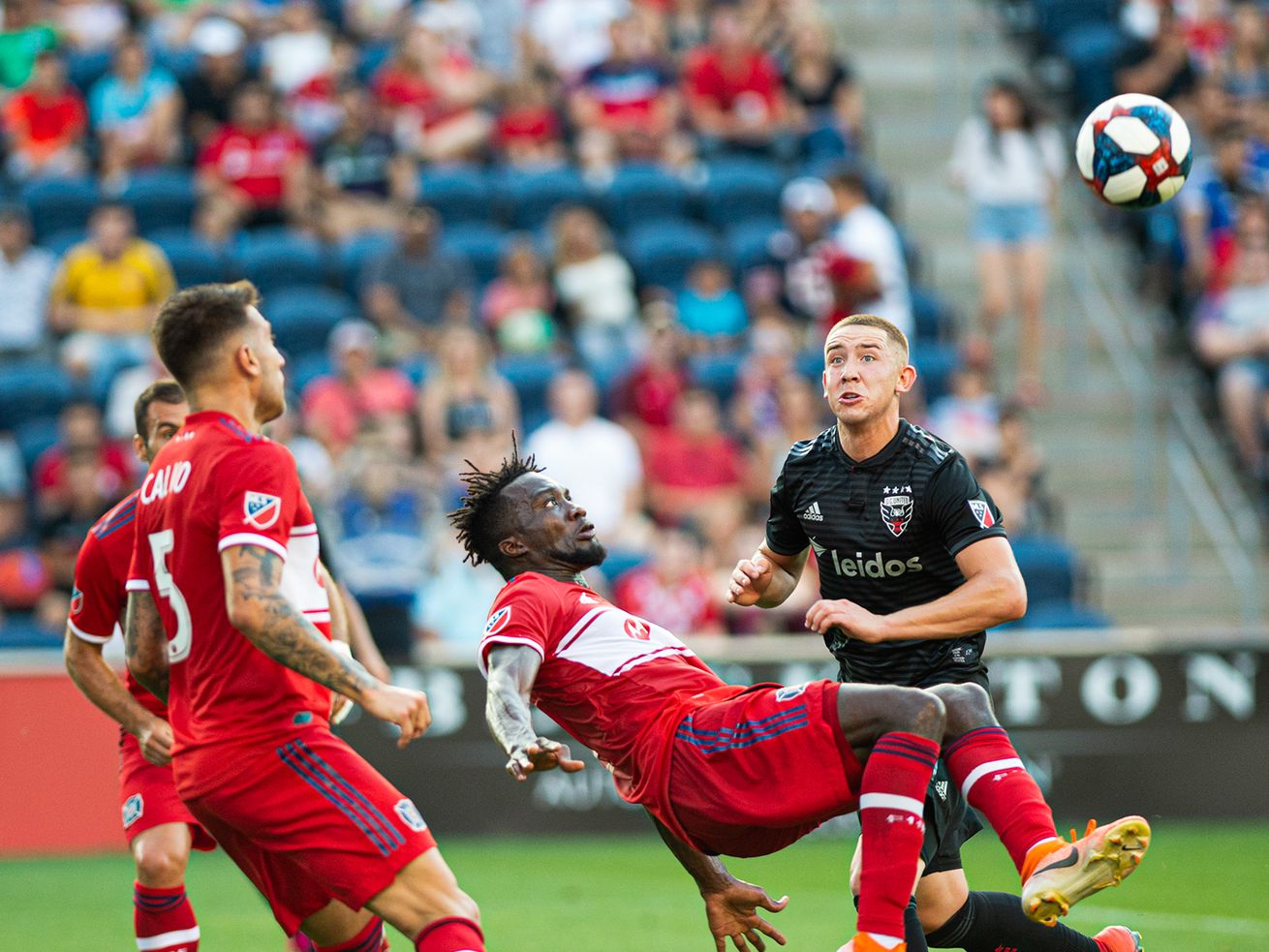 The Fire were unable to keep pace with other teams in the East, and fell further behind the Eastern Conference playoff pace.

July was supposed to be the month the Fire showed why they’re an Eastern Conference playoff team. Along with the Leagues Cup, they had six MLS matches to make up for dropped points and move into position for a postseason chase, giving people a reason to pay attention to the on-field exploits even with the future of the franchise so clearly in flux.

Well, the Fire showed what they are. Most likely, that isn’t a playoff team that won’t steal headlines from the off-field machinations.

In front of a season-high crowd of 18,232 at SeatGeek Stadium, the Fire and DC United played to an unmemorable 0-0 draw Saturday night. With just one win since May 11, the Fire have drifted well off the pace in the East, and lost more ground Saturday when sixth-place Montreal and seventh-place New England won their games.

Those results push the Fire nine points out of a postseason spot.

July actually started strong for the Fire thanks to a 5-1 thrashing of defending MLS Cup champion Atlanta United. But that was the only victory of the month, with the Fire wrapping July with a 1-3-2 mark and also out of the Leagues Cup after fielding a weakened side against Cruz Azul.

And now, the Fire will likely need at least 20 points from their last 10 games to even have a chance to steal the seventh and final spot in the East playoffs. Considering their recent form, and the fact they haven’t won on the road all season, that looks like quite the ask.

“I think in most of the games, actually, we have really really good parts in our games, and we are not sharp enough sometimes in the last part of the game,” Bastian Schweinsteiger said Tuesday. “We have to work on that, but if we see (Tuesday’s performance) and how we work as a team, defend as a team and also try then to play more in the second half, that keeps me positive for the next game.”

After a scoreless first half, the Fire pushed for a late winner but couldn’t find their way past D.C. United and goalie Bill Hamid.

NOTES: Aleksandar Katai (thigh) and Fabian Herbers (shoulder) did not play. Djordje Mihailovic also was not in the 18-man gameday lineup.

– Jonathan Bornstein made his debut after joining the Fire on Monday, starting at left back and playing all 90 minutes.