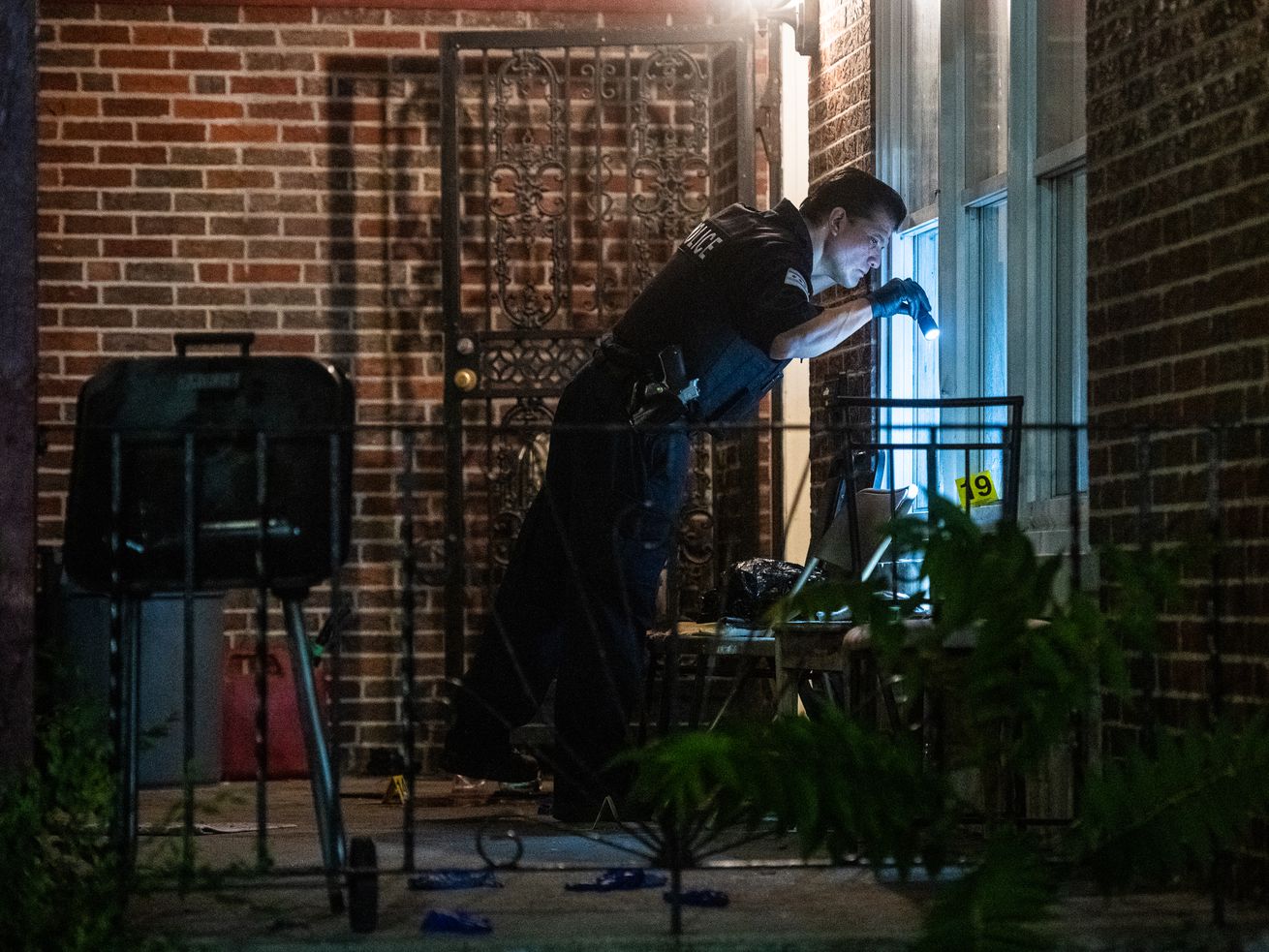 Chicago police investigate the scene where three people were shot, including a 12-year-old girl, Saturday morning, in the 1600 block of West 70t Street. | Tyler LaRiviere/Sun-Times

They were in the 1600 block of West 70th Street when a male opened fire.

Three people, including a 12-year-old girl, were wounded Saturday in a shooting in Englewood on the South Side.

They were on the front porch of a home about 12:31 a.m. in the 1600 block of West 70th Street when a male on foot unleashed gunfire, Chicago police said.

The girl was struck in the arm and leg, and her condition was stabilized at Comer Children’s Hospital, police said.

Two men, 31 and 41, went to the University of Chicago Medical Center, police said. The younger man was hit multiple times in the abdomen and was in critical condition. The older man was struck in the leg, and his condition was stabilized.