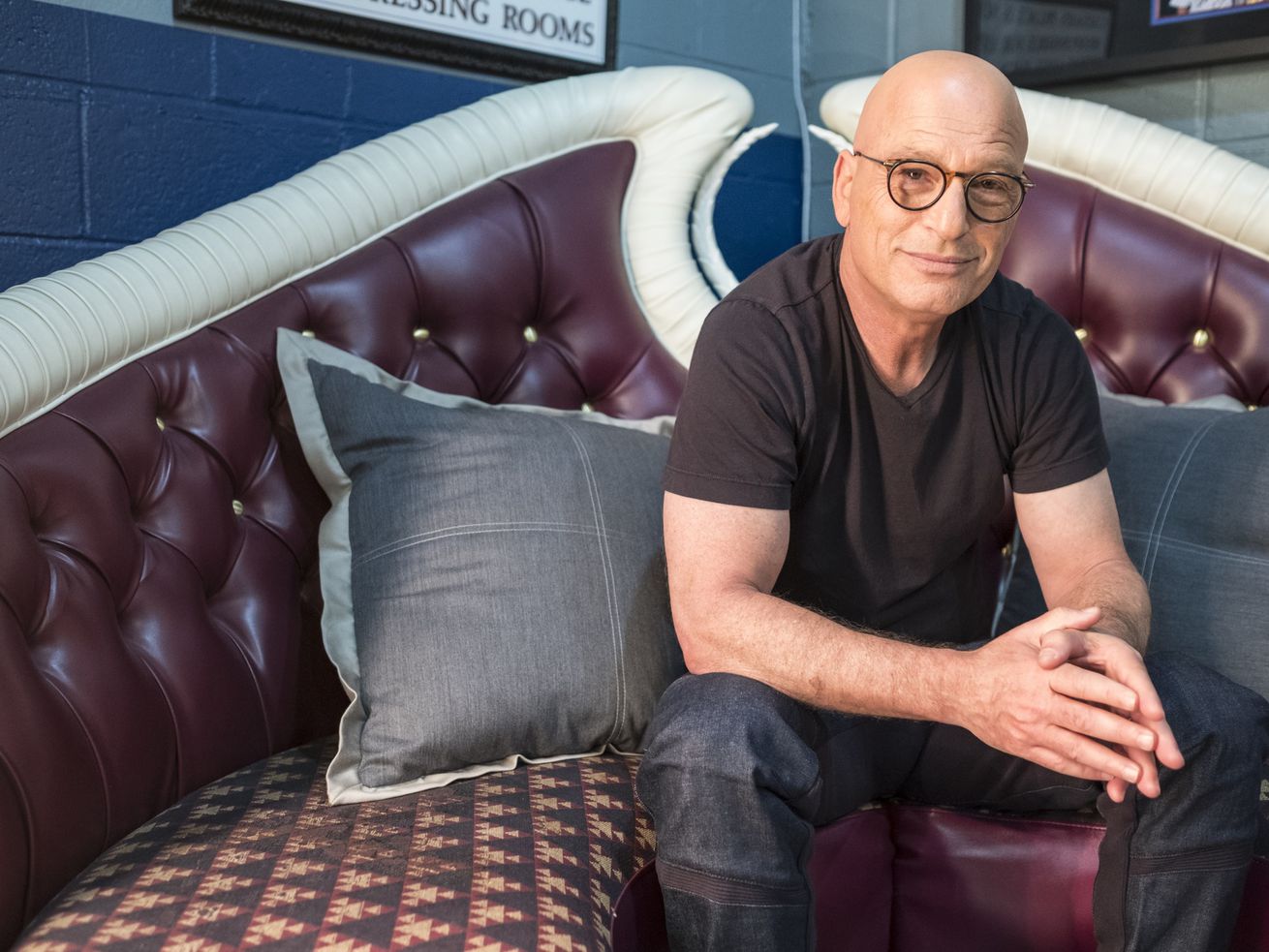 The comedian and judge on “America’s Got Talent” wants everyone to pay attention to what he calls a “silent” illness, one that raises the risk for heart attack or stroke.

It’s no secret that comedian/television show host Howie Mandel will not shake your hand. Fist bumps are just fine.

And it’s no secret that he will not share the same air space with anyone bearing a cough, sniffle or other signs of a cold.

The stand-up comedian, and judge on TV’s “America’s Got Talent,” has made no secret of his obsessive compulsive disorder — mysophobia — a pathological fear of germs/contamination, which has plagued him since childhood.

Discussion of all of that is not what brings Mandel to the Sun-Times offices on a May afternoon. He’s is in town to talk about a health issue that’s much more common and affects millions of people: high cholesterol.

Since being diagnosed with high cholesterol 20 years ago, Mandel knows of what he speaks. So much so that he is the ambassador for www.TakeCholesteroltoHeart.com, a user-friendly, resource-rich portal dedicated to all things LDL and HDL. He has become the face and spokesman for the in Take Cholesterol to Heart campaign, encouraging everyone to discuss high cholesterol risks with their health care providers.

There are two types of cholesterol at work in the human body. According to the Centers for Disease Control, LDL (low-density lipoprotein) or “bad” cholesterol, comprises most of our body’s overall cholesterol, and high LDL levels raise the risk for heart disease and stroke. HDL (high-density lipoprotein), or “good” cholesterol, absorbs the bad cholesterol and carries it back to the liver, which then flushes it from the body. Also part of the equation is the level of triglycerides (the most common type of fat in the body) in your bloodstream. According to the American Heart Association, a high triglyceride level combined with high LDL and low HDL increases your risk for heart attack and stroke.

“When I found out [I had high cholesterol] I wasn’t worried because high cholesterol meant nothing to me,” Mandel said. “And I think that goes for a lot of the population. It was over 20 years ago — I was in my 30s, young and fit, eating healthy, and I had a lot of energy. And [with high cholesterol] you really don’t feel anything. High cholesterol is silent. So my doctor [prescribed a] statin. I started taking it and that kind of started to bother me because I had some muscle aches [soon afterward]. A friend of mine said it’s probably from the statins. And he said stop taking them. And of course why go to a doctor when you can just ask your friend for medical advice?”

Turns out it was real bad advice for the now 53-year-old father of three.

“A few months later I went in for a checkup and the doctor said your cholesterol is even higher. In fact it shot up through the roof!”

Mandel said he ’fessed up to not taking the prescribed statin. Turns out he’s not alone.

“I found out from the doctor that a lot of people will be prescribed statins and without the knowledge of their doctor they just get off of it for whatever reason. And that’s really dangerous,” he said. “I learned in his office that I had a silent, ticking time bomb [inside me], that most heart disease, along with strokes, is directly related to high cholesterol. And that scared me.

“And the news of [the stroke-related deaths of] John Singleton and Luke Perry really scared me.”

Mandel’s high cholesterol scare led him to the Take Cholesterol to Heart Campaign and to Takecholesteroltoheart.com (sponsored by Kowa Pharmaceuticals).

“The site is where people can go and get information about cholesterol and about the choices you have, and more importantly about talking with your doctors or making your loved ones communicate with their doctors so they can make appropriate decisions for a healthy life without high cholesterol.

While Mandel said he does not know his LDL and HDL numbers (“I’m not a data guy; I’m a fun guy. The numbers just didn’t mean anything to me.”), he said his doctor is pleased with his levels. He continues to exercise regularly (he runs every day) and eat well. His active lifestyle includes more than 200 stand-up comedy gigs a year, as well as hosting/executive producer duties on the hit TV game show “Deal or No Deal,” which returns mid-June on CNBC.

“I never wanted to do a game show,” Mandel said. “But my wife told me I was an idiot and should take the deal, and it’s probably the most successful thing I’ve ever done, besides stand-up comedy.” His first comedy special in 20 years, “Howie Mandel Presents Howie Mandel at the Howie Mandel Comedy Club,” taped in Atlantic City, is currently available for streaming via Showtime.

Mandel also returns for his 10th season as co-judge of the hit NBC reality competition series “America’s Got Talent,” which premieres May 28. In addition to Mandel and Simon Cowell, the show’s judges’ panel will feature newcomers Gabrielle Union and Julianne Hough (replacing Heidi Klum and Mel B). Terry Crews returns as host (replacing Tyra Banks).

After 14 seasons, the series continues to score huge ratings and resonate with audiences in a big way.

Mandel credits several factors for the impact the show has had on viewers.

“First, television itself is the offspring of vaudeville and variety. That’s why years and years ago, every Sunday night, everybody would gather around to watch ‘The Ed Sullivan Show.’ And we watched unknowns like Elvis Presley and the Beatles come to fruition, becoming the icons they became. So [‘AGT’] offers variety, which is always a magnet for an audience. If you don’t like what you’re watching, wait 90 seconds and you’ll see [an act] you might like.

“More importantly you’re watching people like you and me who have hopes and dreams. Someone you’ve never heard of becomes a household name. I can’t tell you the number of people, who come up to me and tell me it’s inspiring.

“And finally, it’s something for the whole family. You can sit there and watch it whether you’re 7 or 97.”

That’s not to say some of those dreams don’t get squashed by the judges’ dreaded red buzzer, which signals a contestant’s journey on “AGT” has come to an end.

“For me, it’s just stop, I’ve had enough,” he says matter-of-factly. “I’ve heard enough. I’ve seen enough. I don’t want to see this anymore. It’s just that. I’m not that deep. [Laughs]. I’m more deep about what I love on the show, what moves me emotionally. … Hitting the red buzzer is like putting down your fork and knife.”

So what motivates Mandel to hit the coveted golden buzzer, the moment a contestant gets a free pass directly to the finals?

“The one-word answer is surprise,” he says. “Just doing something in a way I’ve not seen it done before. Coming from somebody you didn’t expect it to come from. Look at my last year’s golden buzzer, Courtney Haldwin, the 13-year-old English girl who was so anxious she couldn’t answer questions about herself [live on stage]. And then boom, as soon as the music started, Janis Joplin was reborn.”