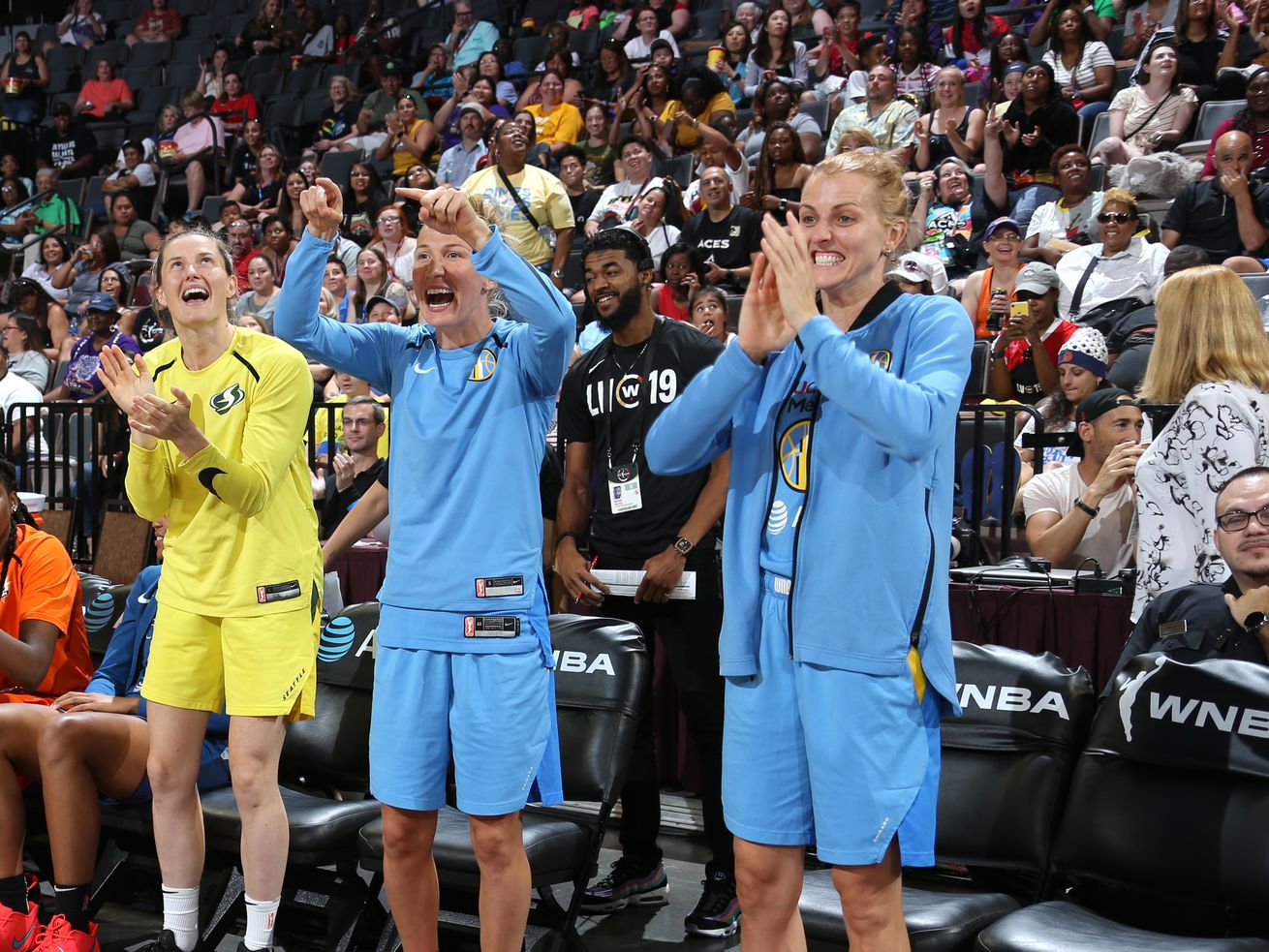 Allie Quigley said her and Courtney Vandersloot might put a wager on tomorrow’s All-Star Game. | NBAE/Getty Images via Chicago Sky

Diamond DeShields fired shots at Courtney Vandersloot, saying: “Sloot, me and Allie, we’re coming for you.”

LAS VEGAS — This weekend will surely be memorable for Sky guards Allie Quigley and Courtney Vandersloot.

Though the WNBA power couple who got married in December were hoping to being on the same team, Quigley and Vandersloot were separated earlier this week during the first televised WNBA All-Star draft.

With Quigley and Sky guard Diamond DeShields repping Team A’ja Wilson and Vandersloot on Team Elena Delle Donne, the heat is on.

As of now, nothing.

“We haven’t [bet anything] but that’s a good idea,” Quigley told the Sun-Times Friday. “We should do it. We will after this.”

While the bets are off for now, Vandersloot did have some choice words for Quigley.

”Well, I know she’s not getting any open threes if I’m out on the court,” Vandersloot said with a smile. “So she’s not going to have any shots.”

Quigley laughed at Vandersloot’s chirp and said her wife doesn’t know her “secrets.”

DeShields also fired shots at Vandersloot, saying: “Sloot, me and Allie, we’re coming for you.”