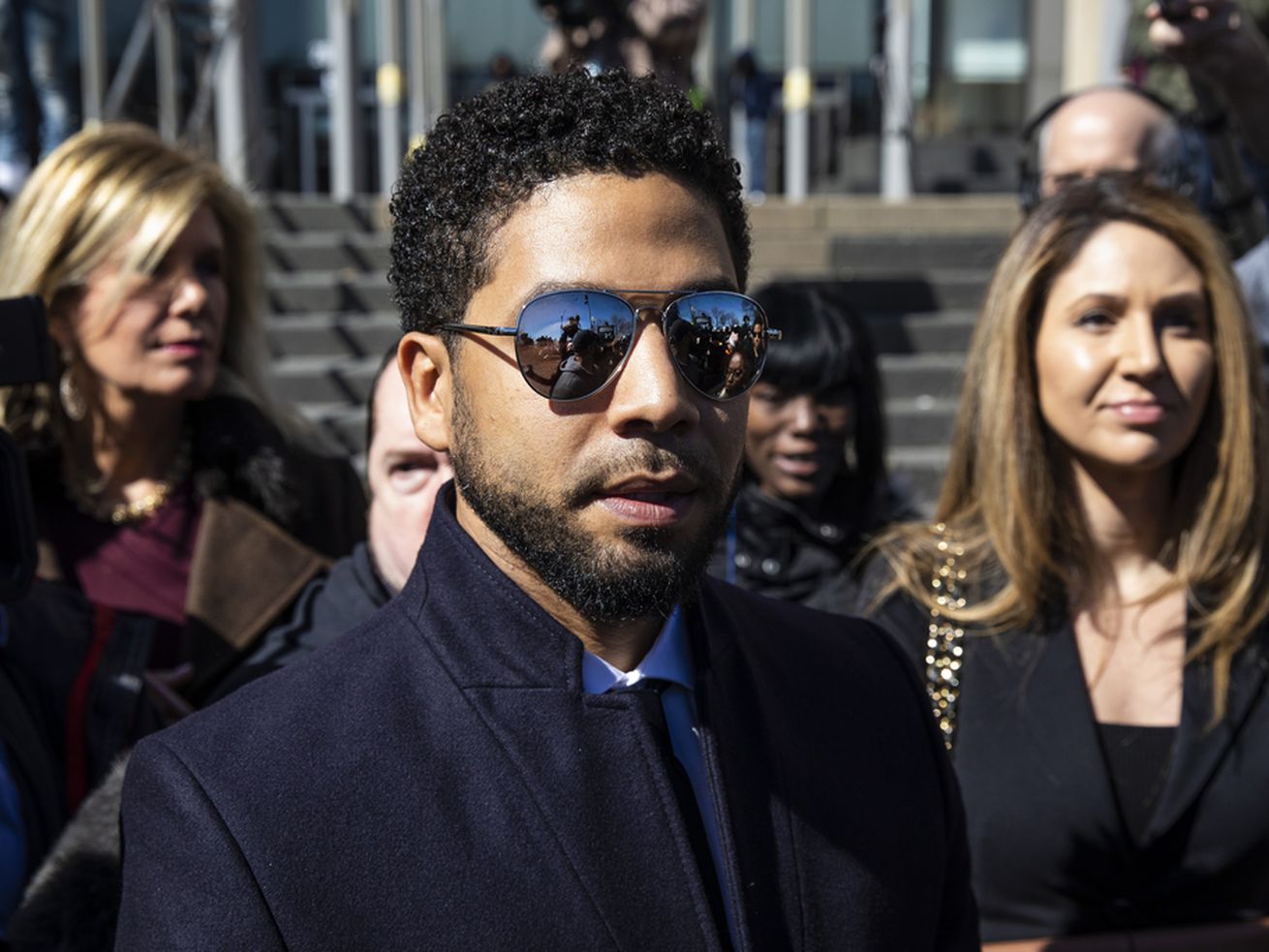 Flanked by his lawyer, Tina Glandian, right, “Empire” actor Jussie Smollett leaves the Leighton Criminal Court Building in Chicago after a March hearing at which prosecutors dropped charges against the actor. | Ashlee Rezin/Sun-Times

Lawyers for former “Empire” star Jussie Smollett can’t challenge a judge’s decision to appoint a special prosecutor to investigate the actor, because they aren’t licensed to practice law in Illinois, according to the retired judge who successfully lobbied the courts for the special prosecutor probe.

Sheila O’Brien, a retired state appellate court justice whose own law license lapsed in 2014, filed a motion calling for Smollett’s celebrity lawyers Tina Glandian and Mark Geragos to be reported for the unlicensed practice of law, and for the courts to ignore a filing made last week asking for a judge to cancel his order appointing a special prosecutor.

O’Brien filed her petition — as a pro se litigant, an option open to non-lawyers — just weeks after the Cook County state’s attorney’s office made the unorthodox decision to drop all charges against Smollett for allegedly faking a hate crime attack near his Streeterville apartment. Judge Michael Toomin last month ruled that a special prosecutor would be appointed and has been soliciting volunteers from among 101 state’s attorney’s offices across the state to take on an investigation of the allegations against Smollett and to probe how State’s Attorney Kim Foxx handled the case.

Glandian and Geragos have offices in New York and Los Angeles, and had previously represented Smollett with Chicago-based attorneys Patricia Brown Holmes and Brian Watson. O’Brien claims that Geragos and Glandian had said they were permitted to practice in Illinois under state court rules that allow out-of-state lawyers to represent clients in Illinois courts. But the two attorneys had not sent formal notice to the parties, and that staff at the state Attorney Registration and Disciplinary Commission confirmed to O’Brien that Glandian and Geragos had not done the required paperwork.

Glandian last week filed a lengthy motion, which did not list the names of Smollett’s previous Chicago-based lawyers as part of the legal team, calling Toomin’s special prosecutor ruling “travesty” and seeking to end or limit the scope of the probe before it starts. Toomin had set a July 31 hearing in the case.