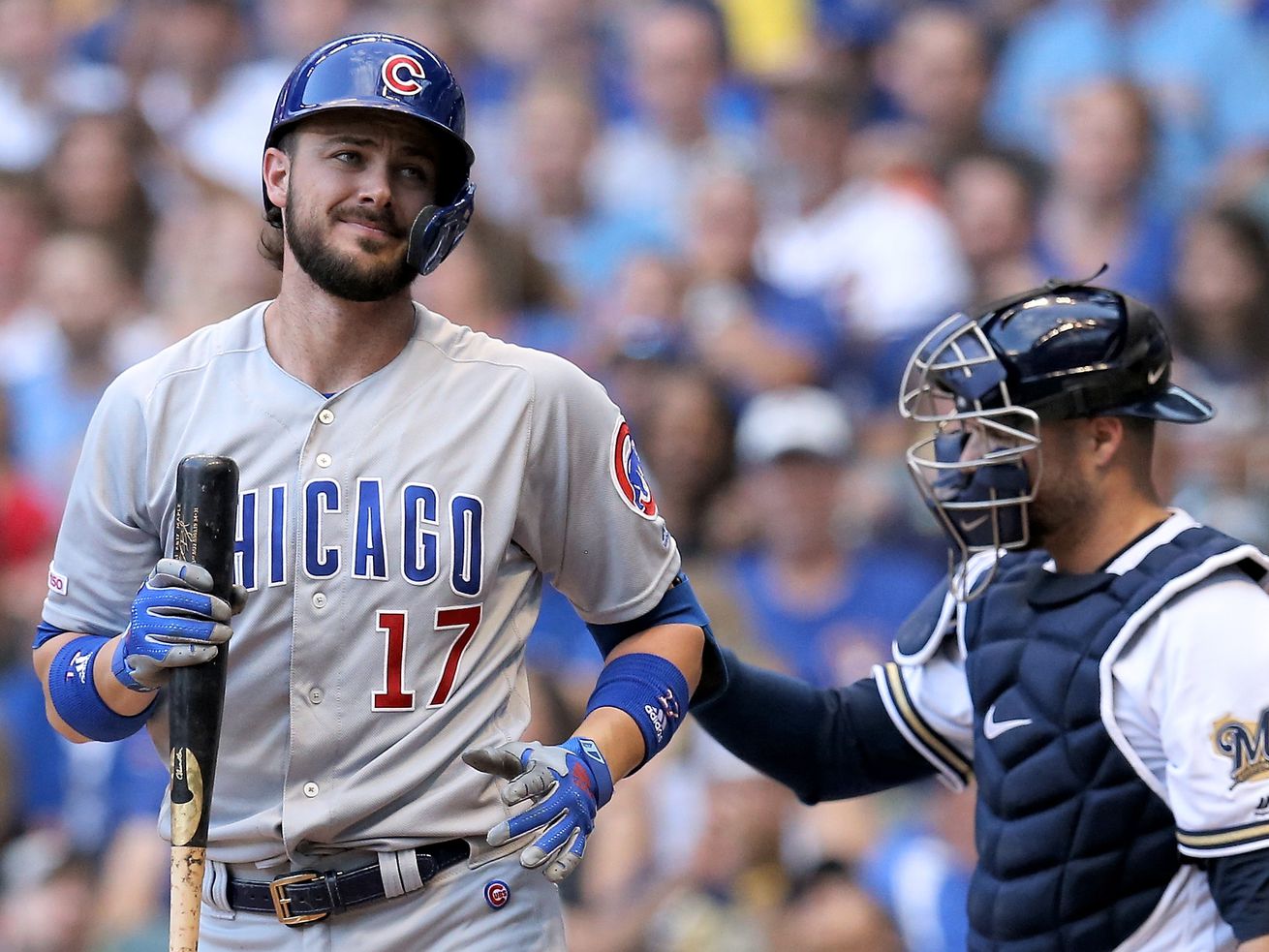 Blown saves in the eighth and 10th led to the Cubs’ 20th loss in their last 27 road games Saturday in Milwaukee. This time, Keston Hiura hit a walk-off home run against Craig Kimbrel to give the Brewers a 5-3 victory.

MILWAUKEE — Blame the guys with the bats for not giving the bullpen bigger leads if you want.

“We have to get more offensive, there’s no question,” Cubs manager Joe Maddon said after yet another tough-to-swallow, late-inning loss on the road Saturday night, this time 5-3 to the Brewers in 10 innings.

The front office also has bemoaned the -inability of the hitting core to perform better in several areas this season.

But the cracks and leaks in a bullpen that never got the attention and upgrades it needed over the winter are starting to cost the Cubs on an almost daily basis — especially on the road — as they head into the final two months of the tightest division race in the majors.

Even the $43 million addition the Cubs were able to make last month because of the money recouped from Ben Zobrist’s long personal leave gave up two home runs in the 10th — the first by Christian Yelich to tie the score and the second by rookie Keston Hiura (after a walk) to win the game.

“We need to win games like that,” said Craig Kimbrel, whose blown save was the second of the night and third in two games for the Cubs’ pen. “These last two games haven’t been what we’ve wanted, but that doesn’t mean we can’t turn it around.”

And it’s hard to imagine that bullpens that can’t win them in July suddenly will win them in October. If they get to October.

“We’re sticking together. We’re still remaining focused,” said late-inning workhorse Steve Cishek, who came back after a 26-pitch outing Friday to give up a homer and a double off the wall in his first three pitches of the eighth to help blow a 2-0 lead. “That’s all we can do, really. We’re still playing good baseball. It’s just the one inning that kind of bites us, the eighth, which was on me today.”

On Monday, Pedro Strop blew a two-run lead in the eighth in San Francisco. On Friday, it was Brandon Kintzler and Strop in the eighth. This time, it was Cishek and Tyler Chatwood, an imperfect-at-best fit for the short-inning, high-leverage role.

The Cubs have 18 blown saves and have converted just 57 percent of their chances.

Strop has been demoted out of the late-inning role. Last year’s $21 million closer, Brandon Morrow, has been on the injured list so long it was called the disabled list when he went on it. Carl Edwards Jr., once a late-inning force who pitched in the World Series, was demoted to the minors.

Start right there when looking at why the Cubs’ 19-31 road record just dropped past the Mets for the worst in the National League, with 11 one-run losses and six walk-offs among them.

The Cubs have led all 14 games since the All-Star break and gone 8-6 in those games.

And before anybody starts bemoaning the manager’s decision to take ace Jon Lester out after seven scoreless innings at 94 pitches, it was Lester — who has battled a flu bug all week — who told Maddon he was done.

“I was gassed,” Lester said, his voice still raspy. “The sixth and seventh innings got to me.”

The Cubs acquired Derek Holland, who had been designated for assignment by the Giants, for $1 on Friday to be a lefty specialist — and he retired Yelich in the eighth.

They might have to find most of their bullpen answers in-house.