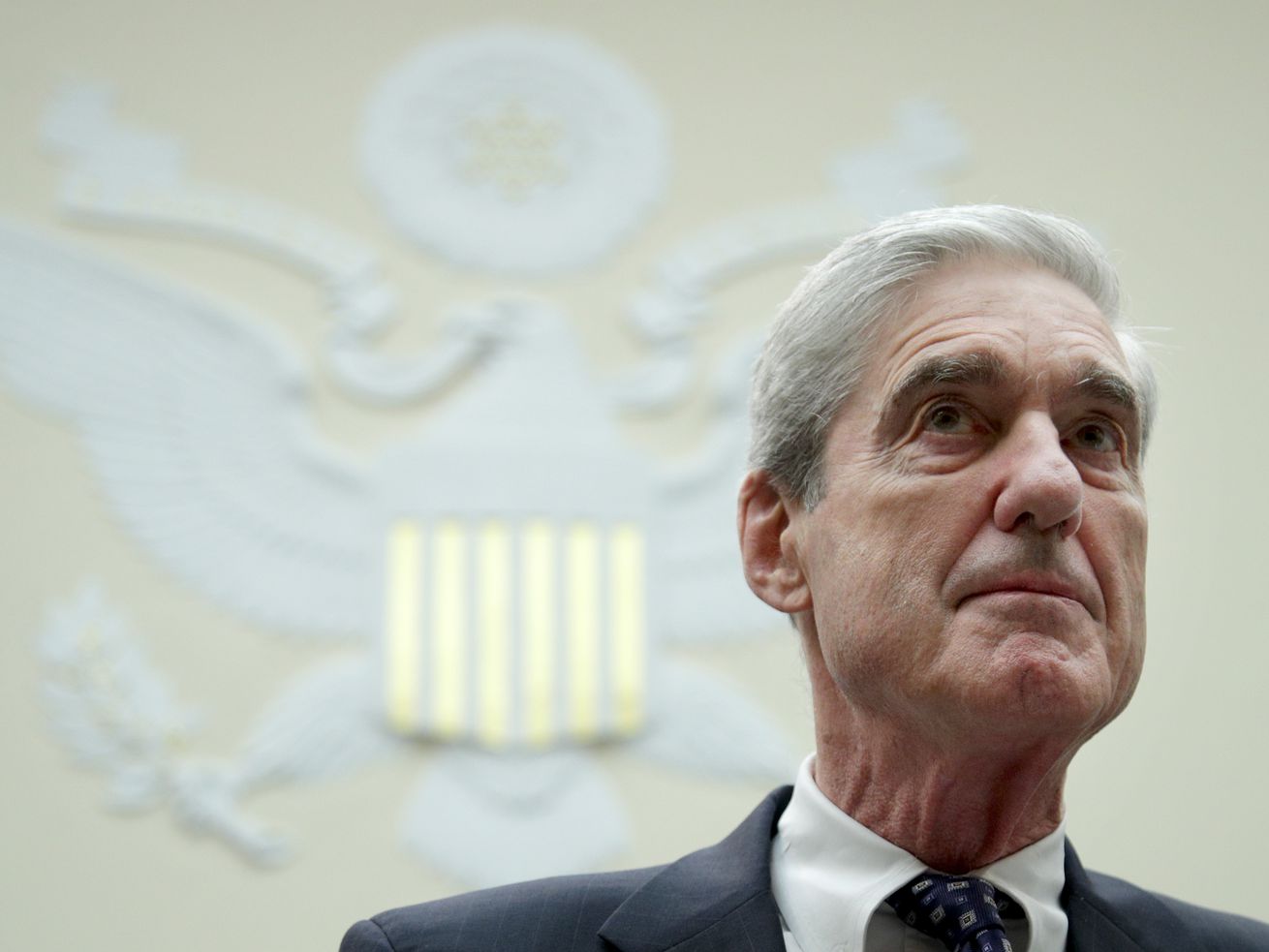 “They’re doing it as we sit here,” Mueller said, “and they expect to do it in the next campaign.”

There was no blockbuster revelation, no “gotcha” moment, during Wednesday’s testimony before two committees of Congress by Robert Mueller, the former special counsel who investigated Russian interference in the 2016 presidential election.

There was a recitation, by Democrats, of damning details from Mueller’s report — the myriad contacts between Trump campaign staffers and Russian operatives, the Russian meddling on behalf of then-candidate Donald Trump, the blatant efforts by Trump to quash Mueller’s probe.

And there was the sight, long overdue, of Mueller stating flatly that this investigation “was not a witch hunt.”

Above all, though, Mueller showed up on Capitol Hill to deliver a single straightforward message, one Republicans continue to ignore at our nation’s peril:

Russia undeniably did interfere in the 2016 election. They’re up to their dirty tricks again. And Congress must move quickly to safeguard the integrity of the 2020 elections.

Mueller drove the point home in the last paragraph of his prepared opening statement.

“Over the course of my career, I’ve seen a number of challenges to our democracy,” he said. “The Russian government’s effort to interfere in our election is among the most serious. As I said on May 29, this deserves the attention of every American.”

And toward the end of his testimony, he sounded the alarm one more time.

“They’re doing it as we sit here,” he said, “and they expect to do it in the next campaign.”

What, then, is Congress doing to safeguard American elections against foreign influence?

In late June, the House passed a key election reform bill designed to repel foreign influence. But the bill has gone nowhere in the Senate, where Majority Leader Mitch McConnell has chosen loyalty to a president over service to his country.

The Securing America’s Federal Elections, or SAFE Act, would provide $600 million for states to shore up federal election security. This would include upgrading from electronic-only voting machines to systems that provide paper backup ballots, which can be counted or audited if election results are in dispute.

Precisely this sort of upgrading is essential to the integrity of national elections, according to a study by the Brennan Center for Justice.

But, as we say, the Republicans won’t have it. They fear the bully in the White House might give them mean nicknames.

“We have been warned in closed sessions about the Russian plans to corrupt this next election and they’re very specific,” Sen. Dick Durbin, D-Ill., said Tuesday, “What are we doing about it? The answer is: Nothing. The reason: Mitch McConnell.”

Long ago, we stopped expecting the GOP to stand up to Trump.

But when did they decide to roll over for Russia?