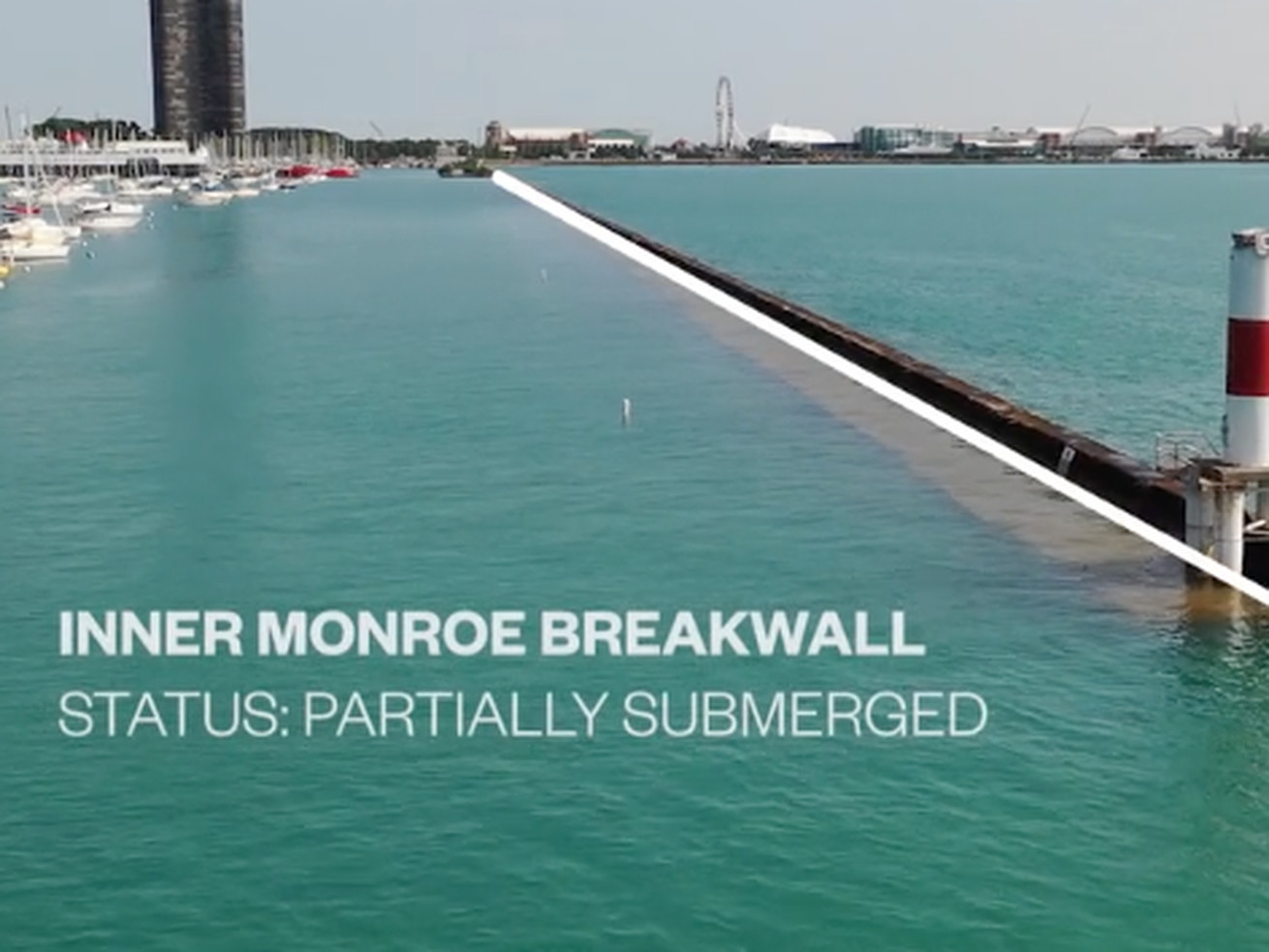 A screenshot of a video shot this week by the company that runs Chicago’s harbors highlighting submerged breakwalls that have caused trouble for boaters. | provided

The video was released Friday afternoon

Hoping to prevent any more boats from crashing into submerged breakwaters, the company that runs Chicago’s harbors is sharing a video shot by an arial drone that will highlight the perilous areas.

The video was shot this week and will be e-mailed to every boater who rents dock space in Chicago — about 5,000, according to Scott Stevenson, executive vice president of Westrec Marinas — the company the Chicago Park District contracts to operate the city’s 10 harbors.

“We flew a drone over the obstructions that caused the most issues,” Stevenson told the Chicago Sun-Times.

The video will also be posted to chicagoharbors.com as well as to social media.

“The video will also tell people where they can get the nautical charts that really show where all these obstructions are,” he said. “And that’s something you can pull up on your phone. Just like in your car, there are apps for your phone to see where you are in your boat and where any the obstructions are.”

The measure comes about two weeks after Westrec employees placed a series of specially ordered buoys around several breakwalls.

Several of the buoys, which feature reflective materials and signs warning of danger, were placed along breakwalls at Monroe and 59th Street Harbors.

Buoys were also placed along Dime Pier, a submerged breakwall just south of Navy Pier that’s been a regular trouble spot for boaters this year.

However, within a day, a boat went through the buoys and hit the wall.

Collisions with breakwalls seem to be up this year, but numbers weren’t immediately available from the Illinois Conservation Police, the division of the Illinois Department of Natural Resources that tracks boat accidents.

Lou Sandoval, commodore of the Chicago Yacht Club, said most collisions can be prevented by proper boater education.

“The drone video, that, in my mind, is going above and beyond,” he said.

“It’s every boat owner’s responsibility to be informed,” he said.

“But some boaters just want to turn the key and go, and those are the guys who are a liability to everybody,” Sandoval said.

A representative of the Chicago Park District did not immediately return messages inquiring about any plans it might have to specially mark other submerged or partially submerged objects along Chicago’s coastline, such as a jetty near Fullerton Beach that was the site of a boat accident earlier this month where one woman was killed and two others were injured.

A spokesman for the U.S. Coastguard said the responsibility for such safety measures would fall on local government, not the Coastguard.