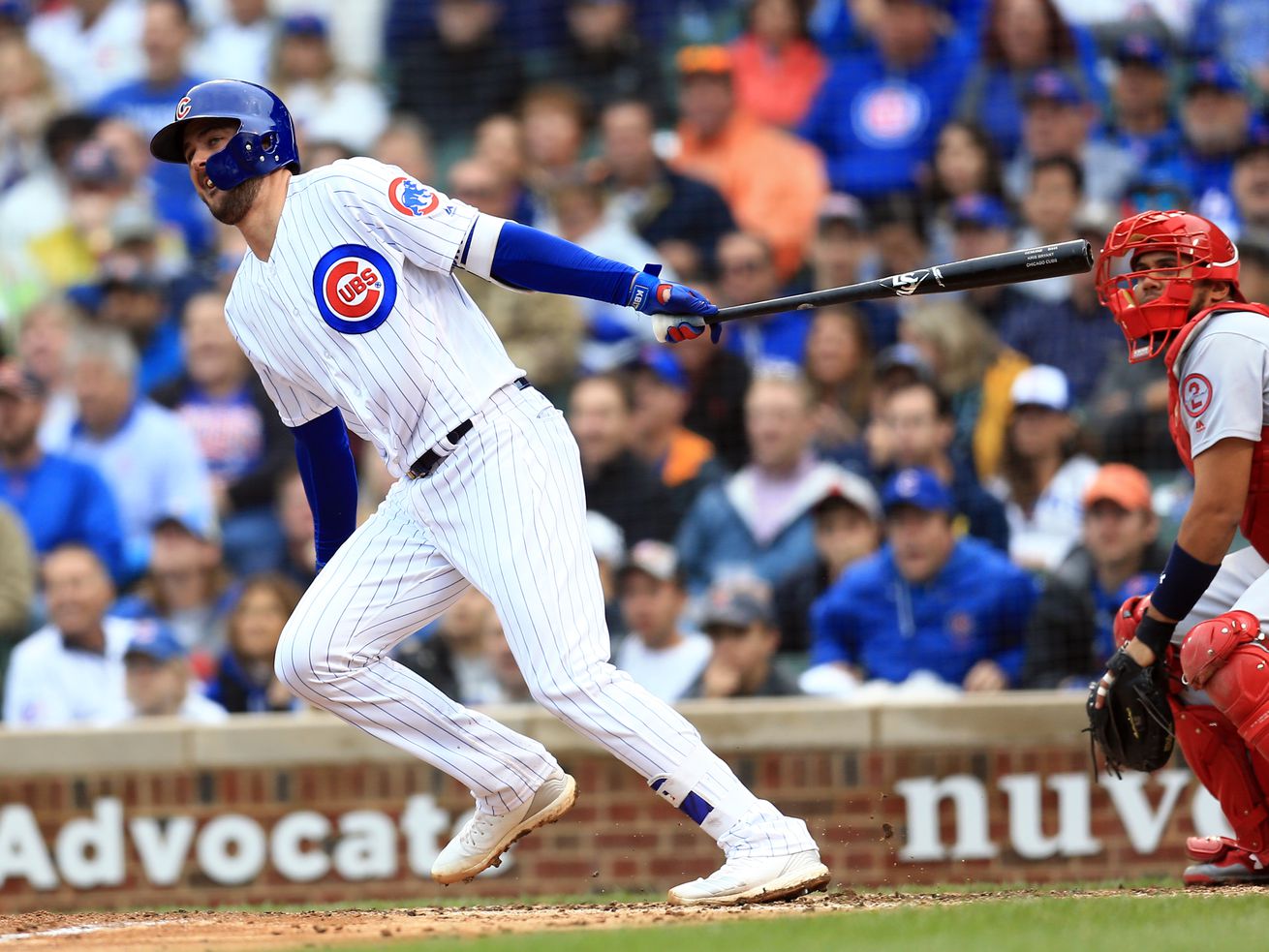 Four months later, Kris Bryant’s comments and Yadi Molina’s reaction to them figure to only stoke the rivalry this weekend.

Hours before the Cubs’ first flight to St. Louis this season, the man who ticked off the so-called greatest fans in baseball – and their ill-humored catcher – was asked whether he had managed to come up with anything to do during an entire day off in St. Louis.

“I don’t know what I’m going to do,” Kris Bryant told a handful of Chicago scribes. “What are you guys going to do?”

Four months after Bryant set off a social media tsunami when he called St. Louis “boring” during a comedy show with ex-Cub Ryan Dempster at Cubs Convention, he braces for the boos and the backlash.

Not to mention the monotony of that day in town with no baseball scheduled.

Put on the coffee and break out the No-Doz?

“I want to see you guys all write this stuff,” he said. “I’m not saying anything.”

The way he’s playing – and the way the Cardinals are playing – there might not be much left to say as the teams open a three-game series Friday at Busch Stadium.

“Just play baseball,” teammate Anthony Rizzo said. “He plays the game the right way. And it’s not like he was knocking the St. Louis Cardinals or anything. He just doesn’t enjoy St. Louis. I’m sure there’s guys in St. Louis that don’t enjoy going to certain cities. Everyone has those cities.”

But Molina, Paul Goldschmidt and the rest of the Cardinals have bigger problems with the Cubs coming to town than make-believe insults and contrived animosity.

A month ago, the Cardinals were in first place when they went to Chicago for the first series between the rivals.

The Cubs took over the top spot with a sweep, knocking the Cardinals into what has turned into a monthlong tailspin. Even after beating the Phillies on Thursday, the Cardinals have lost 18 of 25 games.

The Cubs haven’t exactly been hot lately, either. They haven’t won a series in two weeks and have lost nine of their last 15.

But Bryant returned to the lineup Wednesday after missing two games while under evaluation for a possible head injury following an outfield collision Sunday, and homered in Wednesday’s 2-1 victory in Houston.

Which might just mean so many more decibels from the jeering sections.

“Of course, it’s not going to be great,” Bryant said. “But at the end of the day, I was watching [Manny] Machado get booed by the Yankees. … I hope they boo all of us. I mean, we want the games to be a nice rivalry and intense.

“It’s always nice going there because there’s a ton of people there; a lot of our fans show up there, too. It makes it fun,” he said. “There’s no hard feelings or any of that.”

Bryant reiterated that the whole thing started with a joke during a comedy skit – no matter how Molina took it.

But, he said, “I’m not going to tell any fan how to react to certain situations.”

At the moment, he seemed to still be searching for something to break up the – er, something to do on the off day in St. Louis.

“Maybe I’ll find a nice place to eat,” he said. “I need some suggestions though.”

Rizzo might have some. He said St. Louis is one of the best cities to have a day off because of the nice team hotel, with spa and nearby eateries and fun spots.

“There are a lot worse cities I can think of,” Rizzo said.