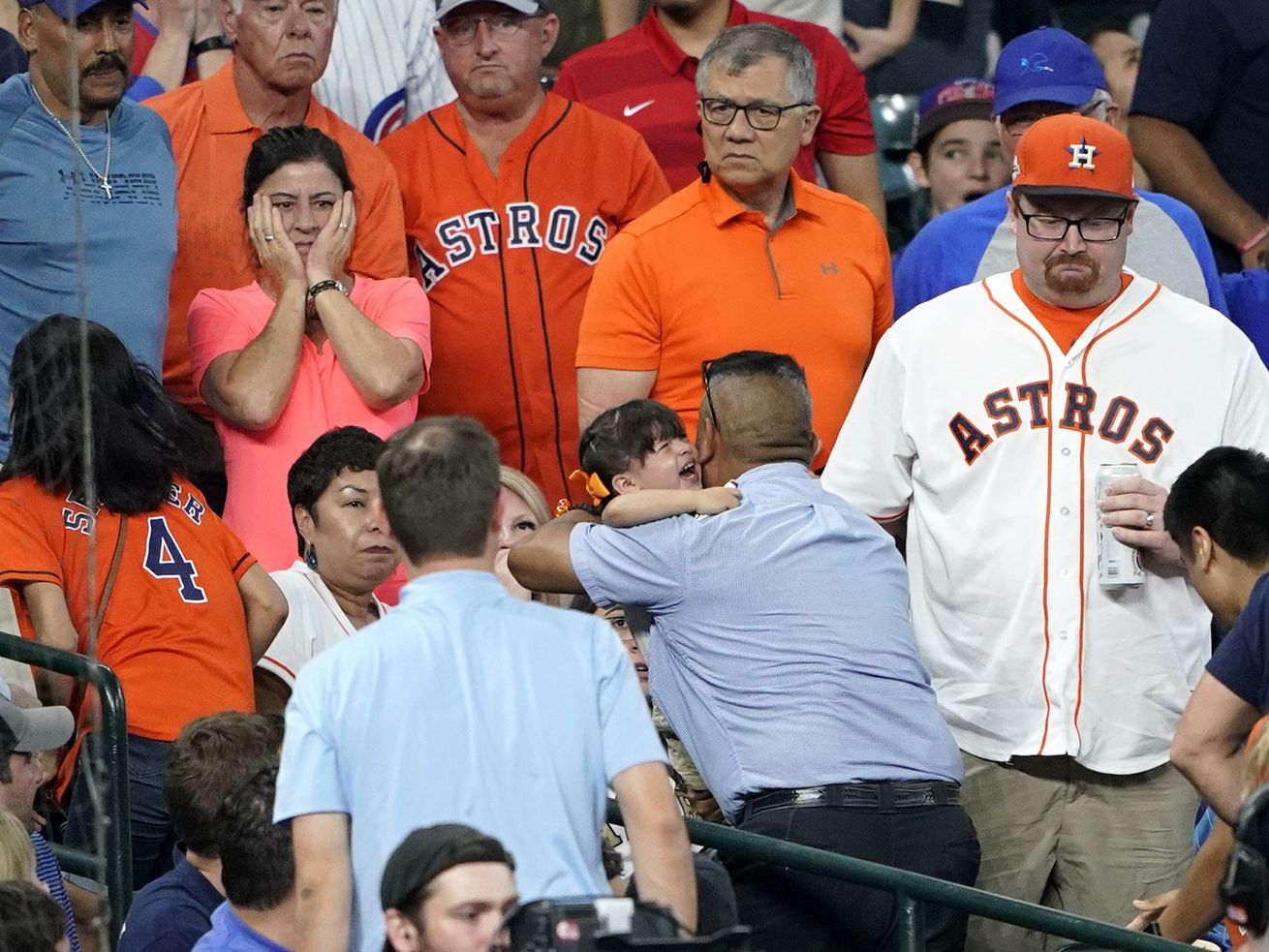 Several players think MLB should extend the netting around the field after a young girl was hit in the head by a foul ball during the Cubs’ game Wednesday against the Astros.

The Cubs’ game Wednesday against the Astros at Minute Maid Park took an ugly turn when outfielder Albert Almora’s foul line drive struck a young girl down the third-base line in the fourth inning. She was carried out of the ballpark and taken to the hospital.

On Thursday, Major League Baseball called the incident ‘‘extremely upsetting’’ and said it will keep examining its policy on protective netting at ballparks. All 30 teams expanded the netting to at least the end of each dugout before last season after multiple fans were injured by foul balls in 2017.

‘‘MLB has taken a few steps in the right direction extending the netting, but, honestly, it can go all the way down to the pole and it wouldn’t hurt my feelings at all,’’ Sox right-hander Evan Marshall said before the game Thursday against the Indians. ‘‘There’s not a player in here that wouldn’t be in favor of that.’’

Indeed, every Sox player who was asked about extending the netting said he thought MLB needed to take proper steps to protect everyone in every ballpark.

‘‘I’m a big believer in nets all around,’’ Sox first baseman/designated hitter Yonder Alonso said. ‘‘No. 1 is the safety of not only the players but of the fans and everybody in the baseball stadium. That’s the reason why we have nets [behind] the dugout. Two feet behind us are the fans, and they don’t have a net. That two feet is nothing when a ball is coming 110 miles per hour.’’

On Aug. 4, 2015, Marshall was struck in the head by a line drive while playing for the Diamondbacks’ Class AAA team and was taken to a hospital in El Paso, Texas, for evaluation.

‘‘It’s the worst pain I ever felt in my life and the scariest moment I ever had in my life,’’ Marshall said. ‘‘I was a grown man when that happened. If I was a kid, that would ruin your life for a little while. It ruined mine for a while.’’

At least one fan, however, was wary about having netting around the entire field.

‘‘Maybe extend it a little further, but as far as around the whole park? No,’’ said Sox fan Glenn Bragel, who was sitting down the third-base line Thursday. ‘‘It kind of takes away from the game.’’