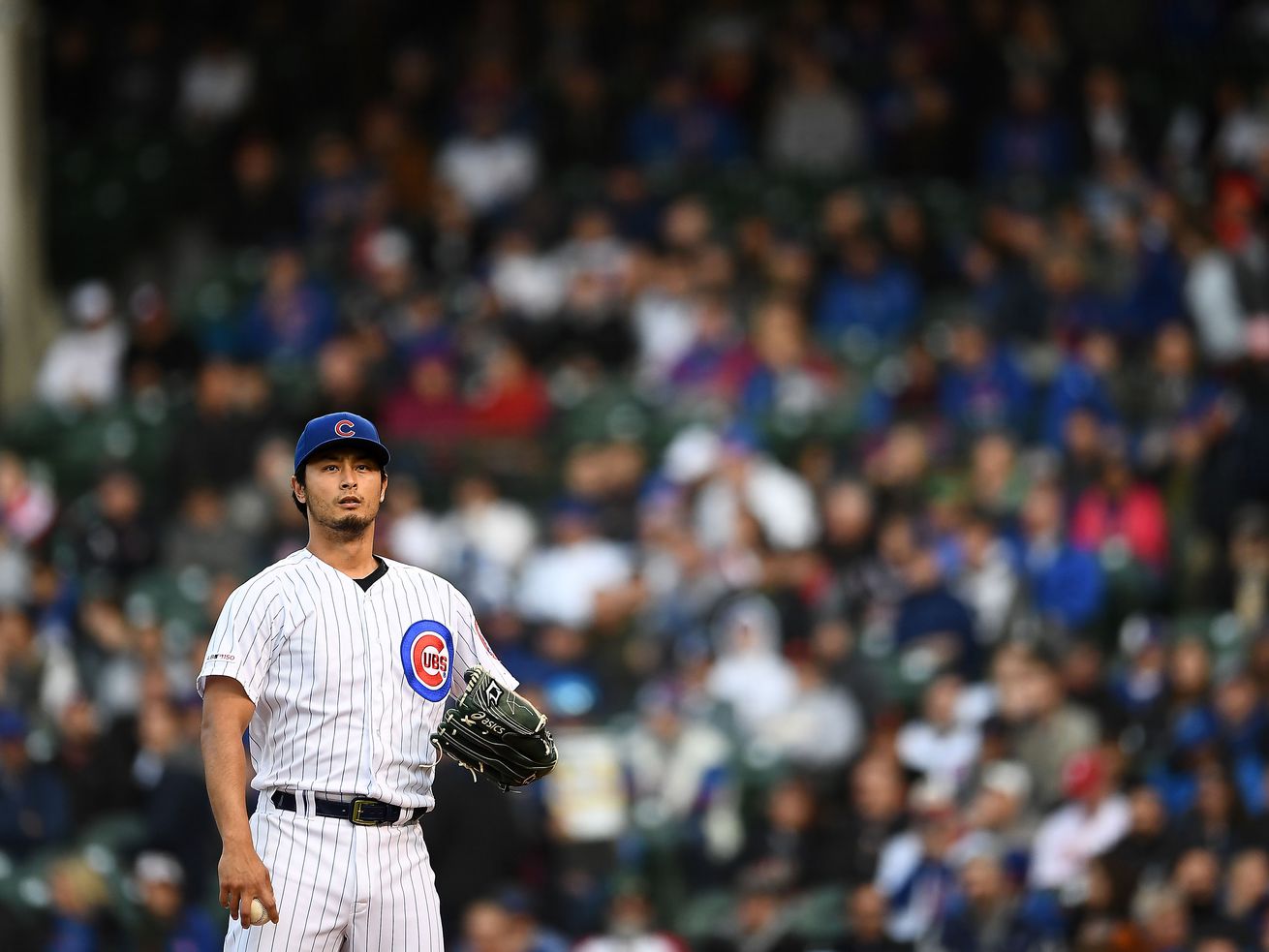 Whether the enigmatic starter turned a competitive corner as a Cub, he looked for at least 5 innings like the pitcher they thought they had signed.

It took 15 months, and it lasted roughly five innings.

But on a cool, electric night at Wrigley Field, Cubs starter Yu Darvish showed everyone what the Cubs were talking about that day in February when they explained their vision for Darvish in a Cubs uniform for six years.

And then came the sixth inning: two walks, a double-play ball that produced only one out and three runs’ worth of two-out, RBI hits.

Call it baby steps. Call it a quality start.

Call it a blown lead and a no-decision in a 5-4 loss in 10 innings in the opener of a four-game series Monday against the Phillies. The Cubs suffered their fourth loss in six games.

But what you can’t call it is a failure to meet the moment on a showdown between Cubs’ past and present — a pitching matchup against the man Darvish replaced in the rotation when the Cubs chose to let Jake Arrieta walk as a free agent.

Darvish, the thinking man’s pitcher — to a fault — in the Cubs’ rotation, smirked at the first mention of the pending matchup in the clubhouse after his previous start five days earlier in Cincinnati.

“He’s a legend in Chicago for sure,” said Darvish, who has been well aware of the imminent hype, inevitable comparisons and implications of the Arrieta-Darvish matchup from the start.

“He’s so talented that if we could just get him to focus on the task at hand, the moment at hand,” manager Joe Maddon said of his enigmatic right-hander before stopping the sentence short.

“However, Yu is a thinker. In spite of how I want him to think, it’s not going to happen that way, and I’m fine with that,” Maddon added. “He’s a bright young man, and he has his own ways, and I’ve gotten to understand him and learn him better over the last couple of years. I’m good with all of that.”

Maddon and the Cubs certainly were good with all of Darvish through 67 pitches that got him through the first five innings with seven strikeouts, including the final three he faced in the fifth, drawing increasingly loud “Yuuuuuuuu!” cheers from the crowd nearly 38,000 strong.

He allowed only two singles and a two-out walk in the fourth to that point, leading 1-0 into the sixth.

His beloved counterpart, Arrieta, had labored to that point to keep it that close, twice loading the bases before getting the final outs of the second and fifth, each time getting rescued in large part by a Cub getting thrown out at the plate.

Arrieta got such a loud, standing ovation from the crowd when he stepped in to bat in the third that he stepped back out of the box and doffed his helmet to the crowd.

But for this team, if not this crowd, the larger significance of Arrieta was as a supporting actor in Darvish’s next act.

The four-time All-Star had mostly underperformed since signing his $126 million free-agent deal and admitted to feeling the pressure of his contract last year before elbow problems sidelined him for most of last season.

Even when he returned healthy this year he had a negative WAR until that start in Cincinnati, when he struck out 11 with no walks — and still threw a ton of pitches that he got only one out deep into the sixth.

Monday marked only his second quality outing in 10 starts this year. He had three solid outings in eight appearances last year.

But in what might have been the biggest stage, if not the biggest test since signing with the Cubs, Darvish stepped up.

What happens next is what matters most.