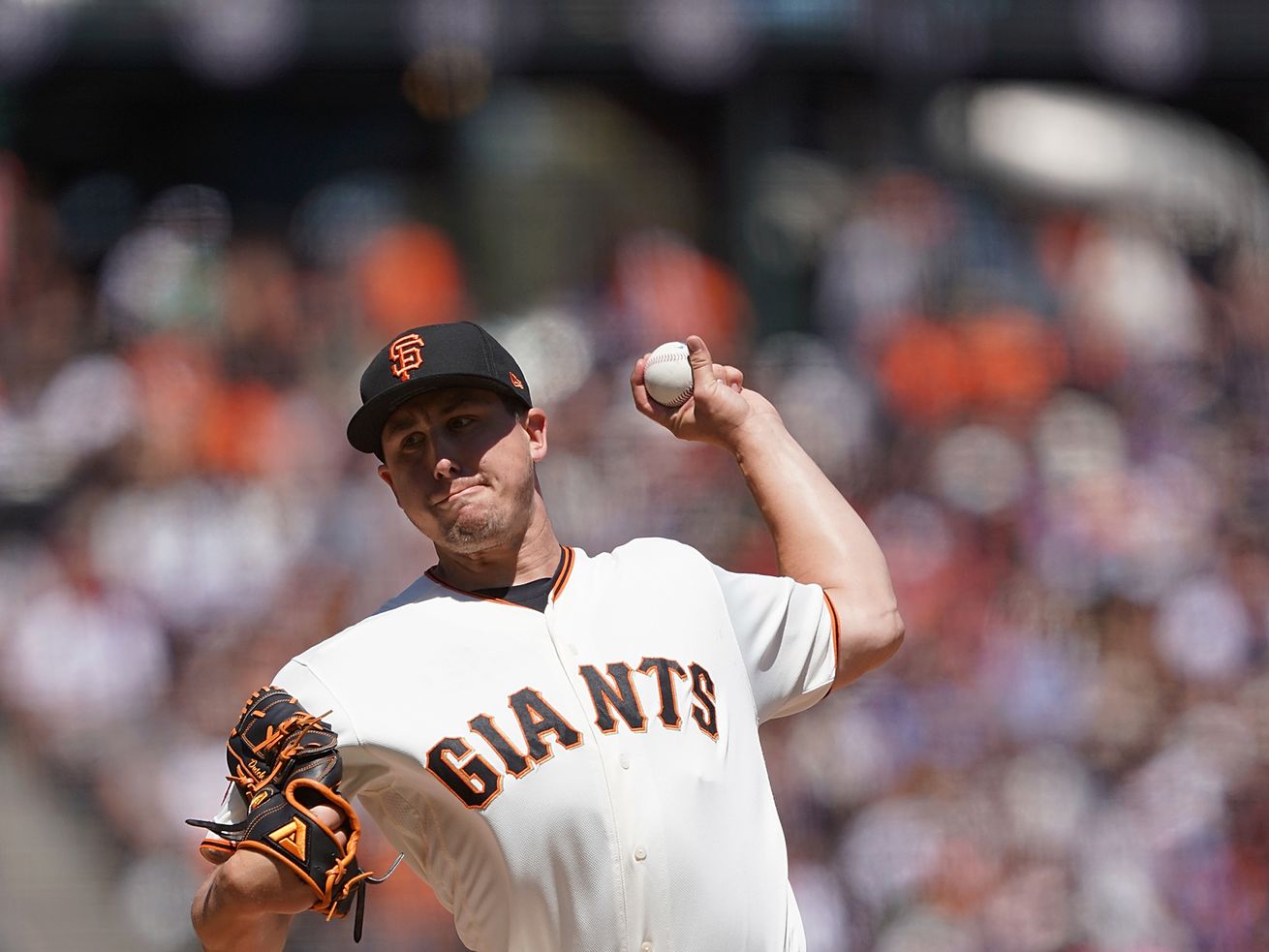 Holland gave up four runs in one inning of relief in his last outing (above), Saturday against the Mets. Left-handed batters are hitting just .182 against him this year, with a .471 OPS. | Photo by Thearon W. Henderson/Getty Images

With five days left before the trade deadline, the Cubs aren’t done dealing after getting the versatile veteran for cash considerations Friday.

MILWAUKEE — He may not be one of the late-inning headliners, but the Cubs wound up acquiring a left-hander on the way out of San Francisco, after all.

Derek Holland, a former 16-game winner who has spent most of his career as a starter, was acquired for the Cubs’ bullpen Friday in a trade with the Giants that involved cash going both directions in the deal.

Left-hander Tim Collins, already headed off the 25-man roster to make room for infielder/outfielder Ian Happ’s promotion, was designated for assignment to make room on the 40-man roster for Holland.

The Cubs aren’t done with five days left before the trade deadline, but Holland provides a second lefty option in Joe Maddon’s bullpen as the Cubs open a critical nine-game stretch against top NL Central rivals Milwaukee and St. Louis. Kyle Ryan was the only lefty Cubs reliever until the trade.

Holland, 32, has pitched somewhat better in 24 relief appearances (5.03 ERA) than seven starts (6.75) this season. He opened the season in the Giants’ rotation before earning a demotion to the pen.

He has about $2.5 million left on his contract. It was not immediately clear how much big a chunk of that the Giants were absorbing in the cash swap with the budget-conscious Cubs.

The key for the Cubs is his numbers against left-handers — who hit just .182 against him this season with only one extra-base hit (.195 slugging) and a .471 OPS.

On the other hand, no introductions necessary, or forthcoming, for the Brewers’ Lorenzo Cain, Ryan Braun and Jesus Aguilar. Right-handers have a 1.022 OPS against Holland this year.

Holland is expected to join the team Saturday in Milwaukee.

Until the Giants got hot over the last six weeks, the Cubs were among several contenders eyeing San Francisco’s higher caliber bullpen lefties Will Smith and Tony Watson.