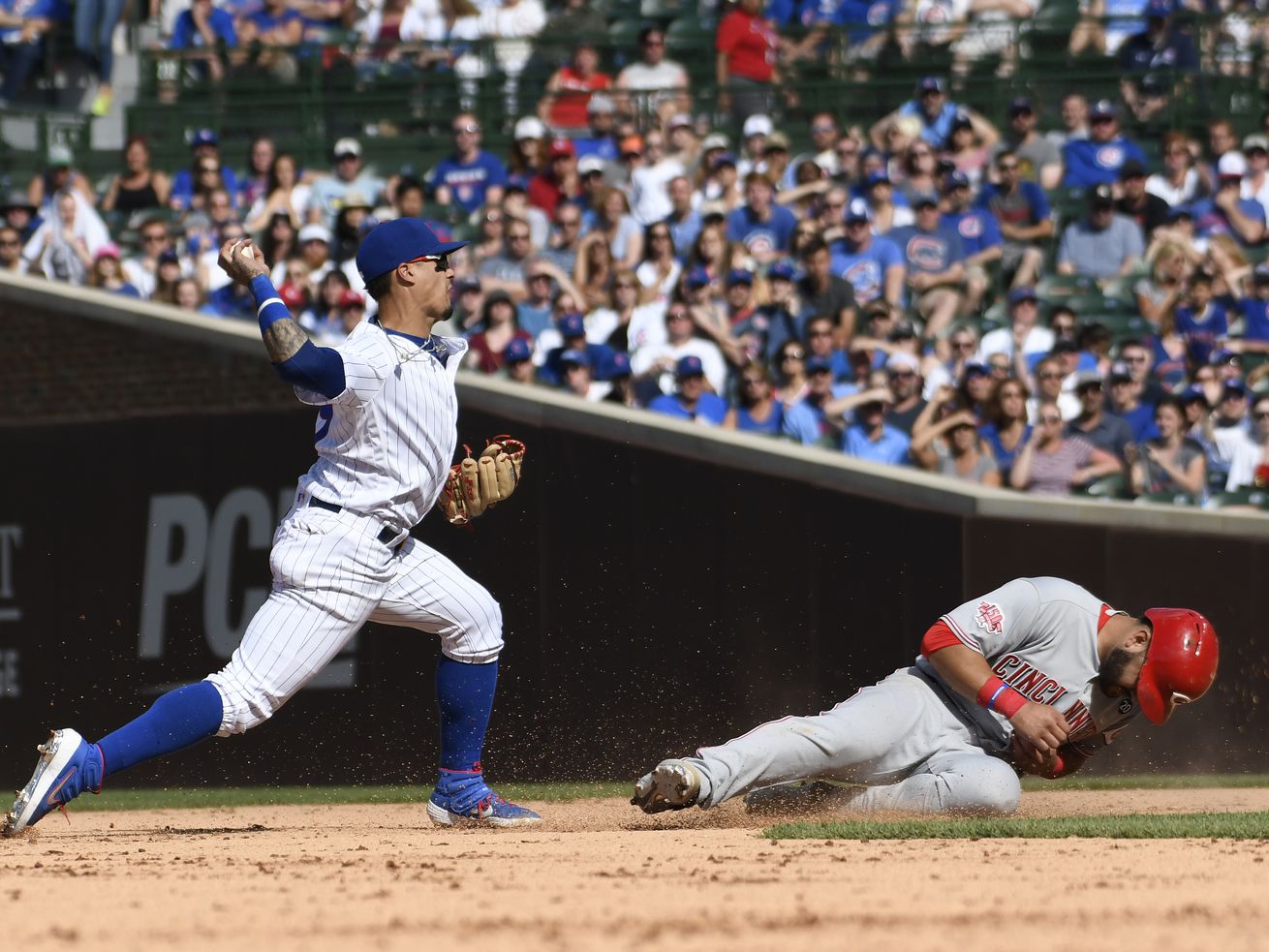 He might have to play third base when he returns to avoid the injury issue, manager Joe Maddon said.

Manager Joe Maddon said Baez’s injury is ‘‘definitely a day-to-day situation’’ but couldn’t give any assurance it would be a short-term thing.

‘‘I really don’t have a good answer for that,’’ Maddon said before the game, which was delayed by heavy rain for more than 3½ hours with the score tied 2-2 after 4½ innings. ‘‘For him to say something, it had to be pretty sore.’’

Baez initially suffered the injury May 19 against the Nationals. He didn’t start the next two games, but he had the game-winning single as a pinch hitter against the Phillies on May 21.

After playing five consecutive games at short, Baez was the designated hitter in two games against the Astros and played third base in the series finale Wednesday to avoid the lateral movement at short.

Baez returned to short Friday against the Cardinals, but Maddon said he aggravated the injury when ‘‘he kind of kicked the bag funny’’ on a double play. So Baez likely will be at third when he returns.

‘‘I don’t think it has anything to do with his offense,’’ Maddon said.

Reliever Pedro Strop will get one more rehab appearance at Class AAA Iowa before returning to the Cubs after a hamstring injury that has kept him out since May 7.

‘‘We’re just trying to be true to him and to biology — how long it’s supposed to take to come back from that injury,’’ Maddon said. ‘‘Even though he’s felt really well, we just thought it wasn’t wise to push it right now.’’

Maddon, to no one’s surprise, is a big fan of Major League Baseball’s plan to have the Cubs and Cardinals play a two-game series June 12-13 next season at Olympic Stadium in the West Ham district of London.

‘‘In regards to attempting to expand the fan base, I love the idea,’’ Maddon said. ‘‘I’ve done clinics in Europe at least three or four times. Of course, there’s not a huge following. But the pockets that do exist, it’s pretty good.’’

In fact, the idea of the series in London doesn’t go far enough for Maddon.

‘‘I think there should be a regular-season team over there, actually,’’ Maddon said. ‘‘I’ve always thought a team in Barcelona would be really attractive.’’