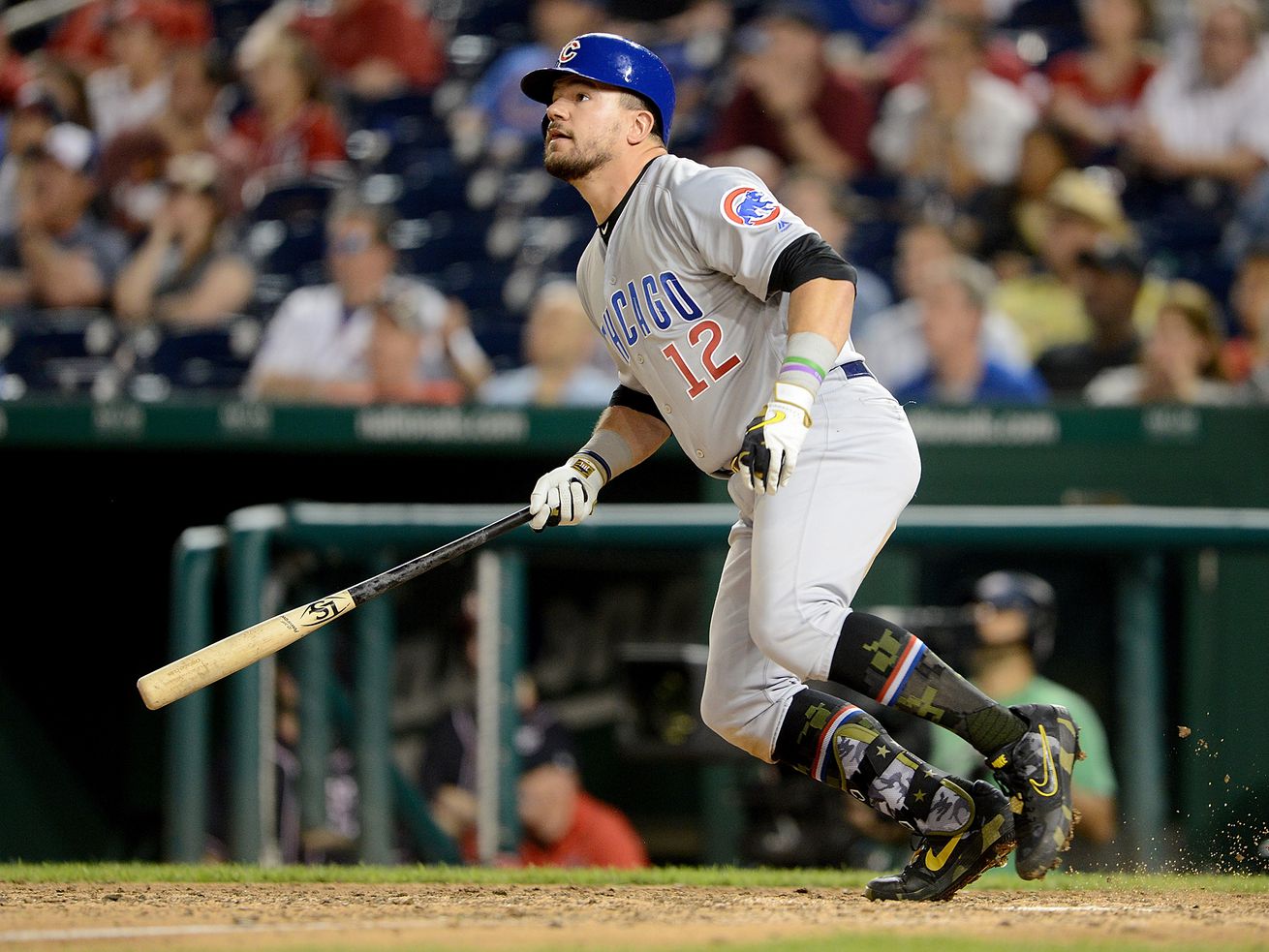 WASHINGTON – The Cubs have used 15 players in the leadoff spot since Dexter Fowler left for free agency after the 2016 championship.

Is it possible their first choice to replace Fowler was the right one, after all – that it just needed maybe two years to ripen?

That’s why Kyle Schwarber was leading off again Saturday for the third consecutive game.

“I thought coming into this series, it might be a good time to give him another shot at it,” Maddon said of a series against three right-handed Nationals starters. “He had a tough time that one year, but he’s different now. The at-bats have gotten better and he’s removed from that moment a couple years ago.

“I think he’s better suited to handle it right now. I think when we did it a couple years ago he probably pressurized himself a little bit to really be all of that. Now he’s able to take it in strike a little bit better and just go play.”

Schwarber was hitting just .220 entering play Saturday, but thanks to a walk rate that has only increased in recent weeks, his on-base percentage was 125 points higher.

On Friday night against the Nationals, Schwarber drew a four-pitch walk off Max Scherzer to open the game, and went on to see 34 pitches in six trips to the plate – walking twice more and delivering a game-changing home run in the eighth on the 13th pitch of that at-bat.

“One of the best at-bats I’ve ever seen in person,” teammate Kris Bryant said.

Schwarber has said for the past year that he’s open to taking another shot at a regular leadoff role despite the failed five-week experiment to start the 2017 season that spiraled into a slump that eventually led to a minor-league demotion.

“I know he’s really into it right now a lot,” Maddon said. “So we’ll see. I’m not making any commitment either way. I need to keep an open mind with all of this, and I am. Right now, where he’s at with his game, I think it plays pretty well.”

Schwarber, who singled in the fourth Saturday for the Cubs’ first hit against Stephen Strasburg, had drawn 17 walks in 16 games through Friday. His homer Friday was his second in three games.

Look for Schwarber to stay in the leadoff spot until at least Wednesday, the next time the Cubs are expected to face a left-handed starter.

Maddon acknowledged the search that led the team back to Schwarber wouldn’t have happened if Zobrist was still available for the mix-and-match leadoff rotation.

Zobrist left the team May 8.

“Under the circumstances, with the candidates we have, if you really break it down, [Schwarber] might suit the bill as well as anybody,” Maddon said. “If he can stick with this, it would be awesome.”

Notes: Before Bryant homered in the seventh, eighth and ninth innings Friday, the only Cub who had done so was Sammy Sosa in 2002. Bryant is the 12th to do it in big-league history. …Reliever Junichi Tazawa, who rejoined the organization last month after being released late in spring training, has retired all six batters he has faced since joining the AAA Iowa bullpen, with three strikeouts.