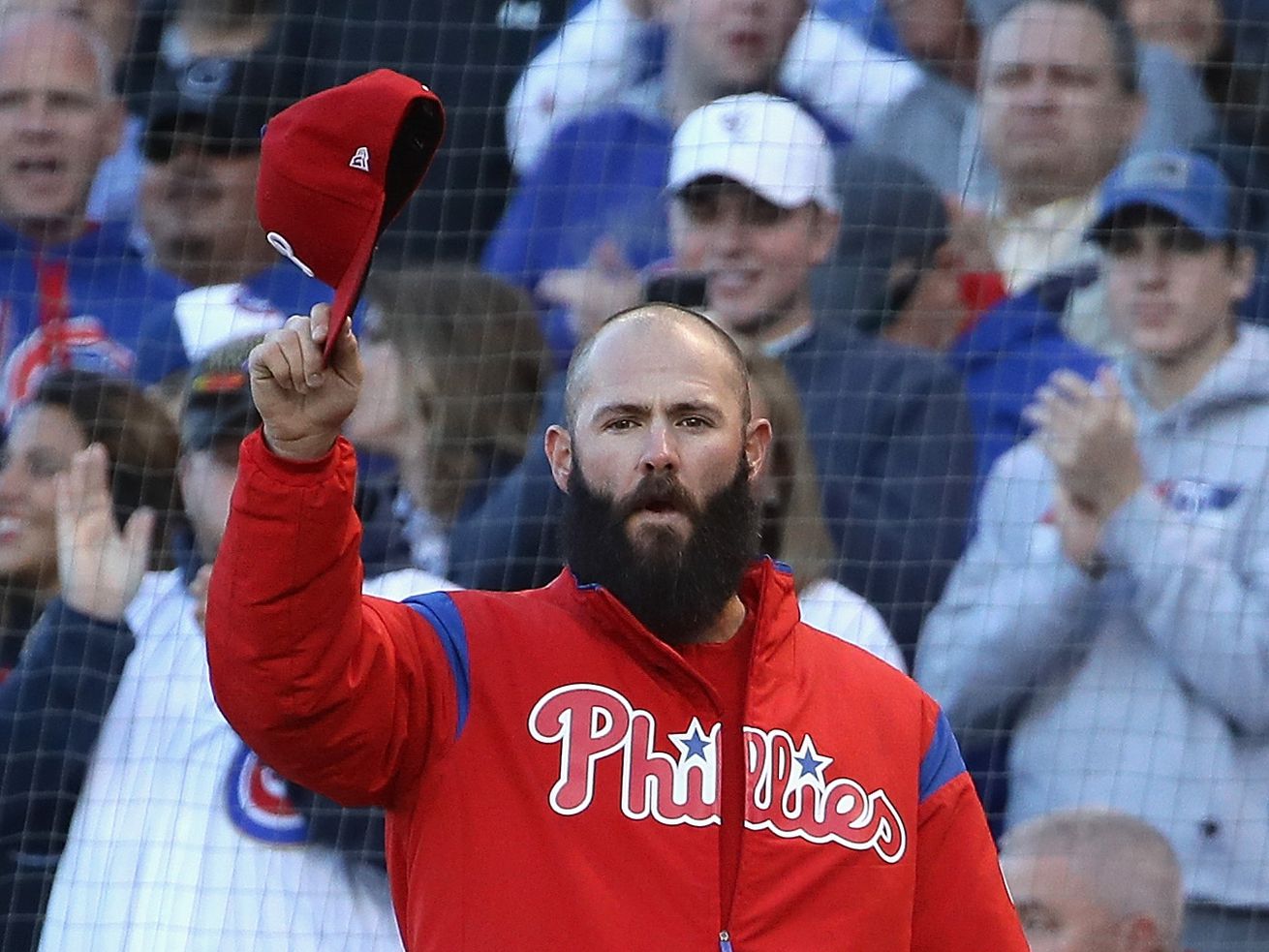 WASHINGTON – It might not qualify as anyone’s marquee pitching matchup based on the leaderboards or recent performances.

But it doesn’t get any hotter at Wrigley Field on a Monday night in May, even with the temperatures expected to hover near 50, than Yu Darvish pitching for the Cubs against Jake Arrieta – the man Darvish replaced making his first appearance in Chicago since signing with the Phillies as a free agent last year.

“From my perspective it’s another game, but I can’t discount whatever Yu might be feeling,” manager Joe Maddon said.

“He’s a legend in Chicago for sure,” Darvish said after his last start, Wednesday in Cincinnati.

Neither has pitched up to the billing as top-of-the class free agents from the 2017-18 winter – least of all Darvish, who got the bigger, $126 million deal after much internal debate in the Cubs’ offices over which one to put the bigger effort into signing.

Until his 11-strikeout, no-walk start Wednesday, Darvish had a negative WAR in both seasons with the Cubs (per baseball-reference.com).

The last time Arrieta pitched at Wrigley, the Cubs still were working on the dynasty – his victory in Game 4 of the 2017 NLCS that night keeping their championship defense hopes alive for one more day.

“I can’t wait,” Arrieta said last year of returning to pitch at Wrigley – which he didn’t get the chance to do in 2018. “I’m sure there’ll be excitement there. I’ll be emotional, that’s for sure.”

The matchup also is at least symbolic.

By the time last year ended, Darvish replacing Arrieta looked less like a changing of the guard than it did a crossroads for the organization.

Arrieta’s ascension after a 2013 trade from the Orioles into a 2015 Cy Young winner and 2016 World Series championship starter was the most significant factor in the Cubs’ success that had baseball buzzing over a certain dynasty.

But when the Cubs let him go without a fight and focused on Darvish, it set off a decline – for at least a year – when Darvish had the worst season of his career, and finished on the disabled list.

Darvish didn’t have to guess what fans thought of him, especially in relation to his predecessor.

“Especially last year, when I was not doing well, and even when I wasn’t pitching, a few guys gave me, like, Twitter comments,” said Darvish, with a quick chuckle. “Yeah, bad ones, for sure.

Darvish said he thinks the Arrieta-Darvish debate and social media emotions are mostly over.

“This is the second year now,” he said. “I hope both guys do well Monday.”

Arrieta is sure to get a loud ovation upon his return. And whether Darvish hears “Yuuuus” or “booos” is up to him.

But he still hasn’t come close to replacing Arrieta, in performance or fans’ hearts. And with the emotions sure to be riding into a start with this bright a spotlight shining, the second-year Cub who admits he often thinks too much could be looking at his biggest test yet with the Cubs.

Maddon said he thinks the hyped matchup could be good for Darvish.

“He wants to do well, and he wants to do well for us,” Maddon said. “To be matched up [with Arrieta], I knew regardless of how much I want to downplay it, he’s going to think about it. Just to go out there and pitch well at home will mean a lot to him. I really believe that.”

Darvish, who has never met Arrieta or faced him as an opposing starter, said he’s not trying to prove anything Monday.

“If I try to do that, I will always be bad,” he said. “So I don’t want to show anything about me. I just want to be myself.”