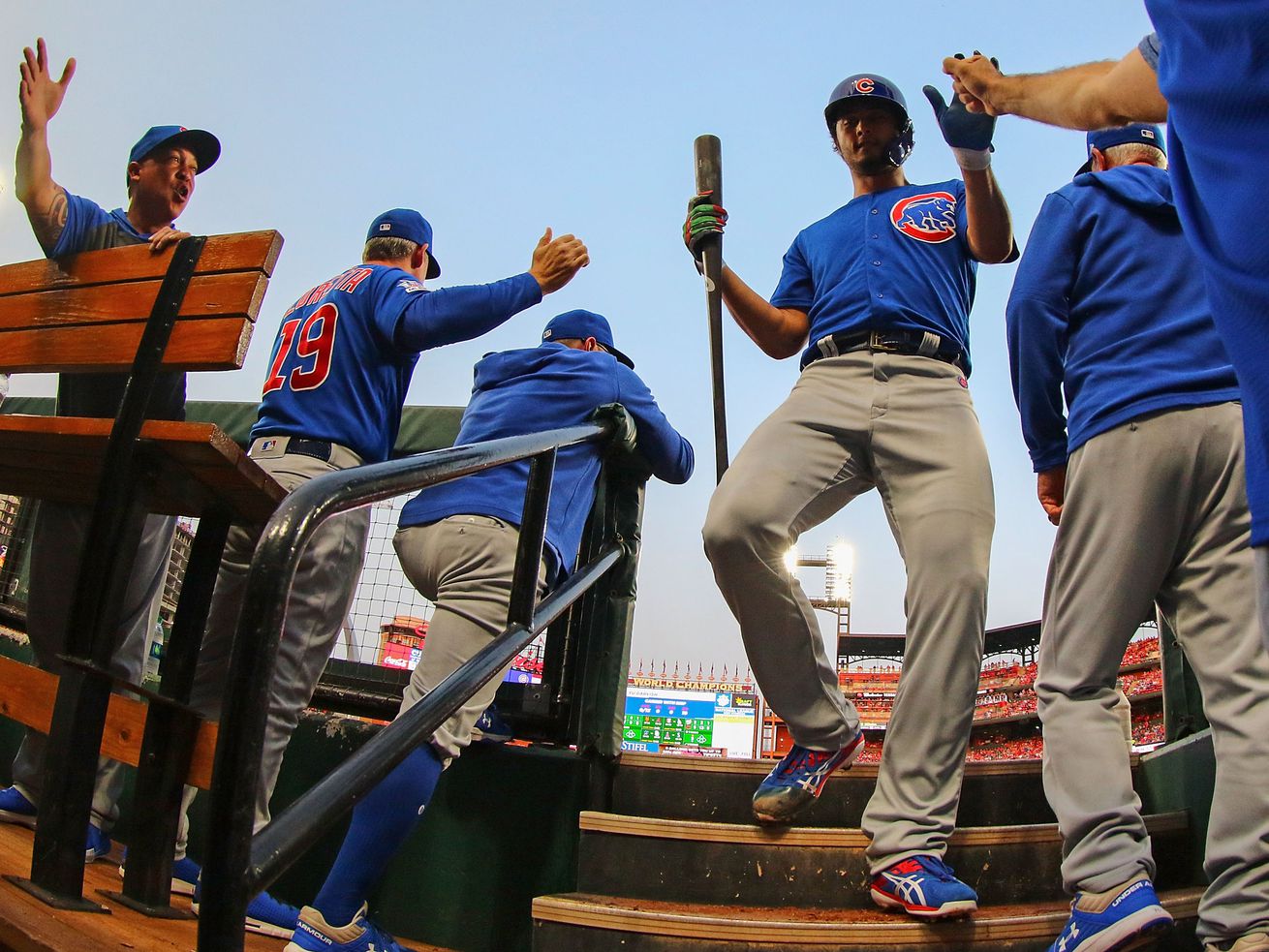 Nobody’s getting more out of MLB’s home run boom than La Stella — who has as many as every Cub on the roster at his position combined.

THAT’S WHAT HE SAID

“People don’t realize how hard it is to react to a baseball. So it would help. Stadiums know they can’t necessarily control how fast the game is. But if there’s anything to do, I guess that would be it. I’m not the stadium police, but I don’t know any other way to stop that from happening.” —Cubs right-fielder Jason Heyward in support of extending protective netting at ballparks after a small girl was hospitalized after being hit by a foul ball during Wednesday’s Cubs-Astros game.

“Our fielders can barely react at times with a hard line drive. To expect a parent or kid to react to a ball that flies into the stands, it’s not realistic. …The idea of getting hurt should not be at all a part of [going to a game].” —Cubs general manager Jed Hoyer, another supporter more netting, talking on 670-AM the day after the Houston incident.

“I can’t explain it, and I’m not really going to search for the answers. I’ll just stay out of the way.” —Angels manager Brad Ausmus on former Cub Tommy La Stella’s out-of-nowhere offensive production this season. The Angels return to Wrigley — where La Stella was treated to a video board tribute — for a rainout makeup game Monday

“We’re well past the point of still congratulating ourselves and being happy about Kris [Bryant] and Kyle [Schwarber] and those guys that made it up here. …We need to be better with where we are in our time frame with the major-league club. We know we need to infuse more talent out of the major-league draft and internationally.” — Jason McLeod, the Cubs’ top scouting and player development executive, whose department drafts 27th overall in Monday’s first round.

“I really was off mechanically early. I started feeling better physically, and that’s always going to help your mental approach. I felt more confident.” — Cubs starter Kyle Hendricks on the difference between April (1-4, 5.33 ERA) and May (4-0, 1.81) for him.

50.0 – Cubs’ percentage of converted save opportunities (11-for-22), the second-worst mark in the National League.

12 – Home runs (through Thursday) by former Cub Tommy La Stella, who had 10 in his career before this year. He had as many as teammate Mike Trout until Trout eked past him with No. 13 on Friday; and La Stella has more than Paul Goldschmidt, Bryce Harper or Mookie Betts, and as many combined as Cubs infielders David Bote, Addison Russell and Daniel Descalso.

.899 – Career OPS vs. right-handed pitchers for Carlos Gonzalez, the three-time All-Star signed this week to a low-cost, dice-roll deal by the Cubs – who play in the right-hand-heavy NL Central.