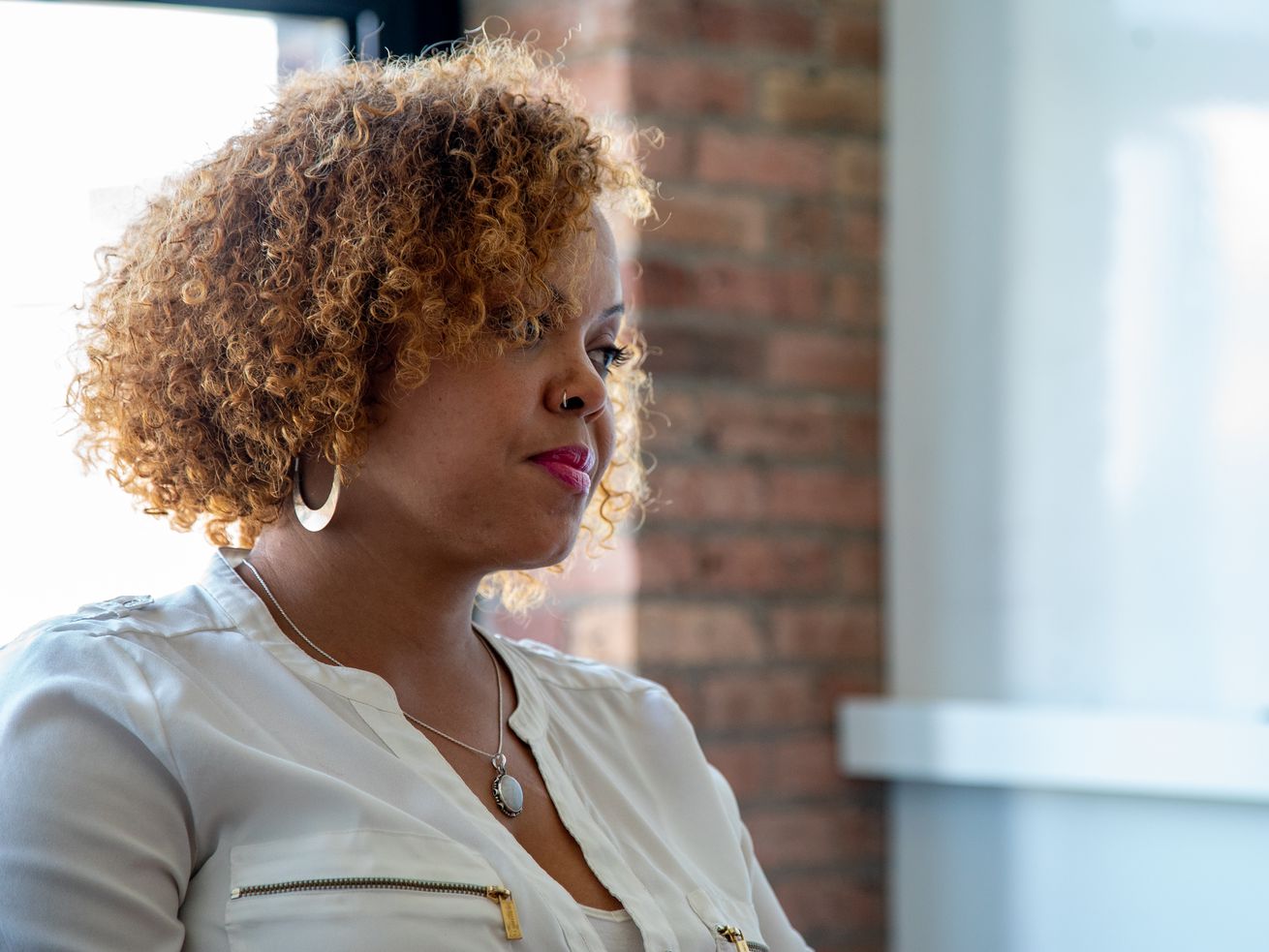 Just hours before R. Kelly got hit with a new round of sexual assault charges, the co-founders of #MuteRKelly arrived in Chicago to accept an award from a rape victims advocacy organization.

Kenyette Tisha Barnes and Oronike Odeleye, the creators of #MuteRKelly, were honored by Resilience with the organization’s 2019 Visionary Award on Thursday evening.

“Resilience is recognizing the founders of #MuteRKelly for taking a brave stand and rallying public opinion after decades of allegations against R. Kelly went unchecked,” the organization said in a statement.

In the summer of 2017, Oronike Odeleye heard about the latest allegations of a scandalous escapade involving Kelly on the news. Kelly was being accused of running a sex cult and possibly holding young women against their will.

“With Atlanta being No. 1 in child sex trafficking in the nation, it infuriated me that this was happening in my backyard. I decided to start a petition to try to get him off the radio,” Odeleye told me in an exclusive interview.

When Barnes, a lobbyist in Georgia who often worked on sexual violence legislation, got word of the petition, she immediately reached out, and the #MuteRKelly campaign was born.

What started out as an effort to get the singer’s music off the air has ballooned into a movement that has forced black people to have a painful conversation about sexual misconduct in the black community.

The campaign is credited with shutting down Kelly’s concerts across the nation, as well as in Germany and Amsterdam.

The activists arrived in Kelly’s hometown mere hours before Kelly was indicted on 11 new felony counts of sexual misconduct that could send him to prison for up to 30 years.

In a wide-ranging interview, the pair made it clear the #MuteRKelly campaign is not over.

“What we know from past trials is that this could drag on for years,” Odeleye pointed out.

“We know that his M.O. has been out-resourcing victims, so we have to see what happens. Our focus right now is keeping attention and interest focused on these trials so there can’t be the kind of underhanded — let’s fade this out in the media and make it all go away — that has happened in the past,” she said.

It took six years for prosecutors to get Kelly to trial on child pornography charges in 2008. A jury acquitted him on all charges.

“We are focused on seeing this indictment to conviction and actually getting a sentence that sticks. He can get convicted and get three months’ probation,” Barnes said.

“We are really clear. We don’t want plea bargains. We need to see a trial. It has to go all the way through. I have my fingers crossed for the feds. I don’t have a whole lot of faith in Cook County right now,” she said.

Although sexual violence against women continues to plague the black community, none of the major civil rights organizations — the NAACP or National Urban League, or the Congressional Black Caucus — have honored Barnes and Odeleye for their activism.

Odeleye shared a still painful moment that summed up what the pair was up against in their own community when they launched #MuteRKelly.

“The first ask about getting R. Kelly off the radio was to black radio stations. I’ve got all these contacts and I was reaching out, reaching out and getting ignored,” she said.

When Odeleye finally got someone to talk to her, she heard the same excuses: “He hasn’t been convicted of anything. People want to hear him. It’s not our job.”

“I got off that phone and I bawled because black radio used to be a very progressive and political tool. Through many different ways, they were saying nobody cares about this stuff,” she said.

Her message to black women who are still defending R. Kelly is simple: “Black women deserve so much better.”

“This isn’t about tearing a black man down; this is about raising up the brothers in our community who don’t take this mess. This is causing all of us to say, ‘Hey, you can’t sit with us. You’re not one of us.”

Barnes pointed out that 60 percent of black women are victims of sexual violence.

“Maybe it is time for you to unlearn that trauma and then you will see what happened to you was abuse,” she said.