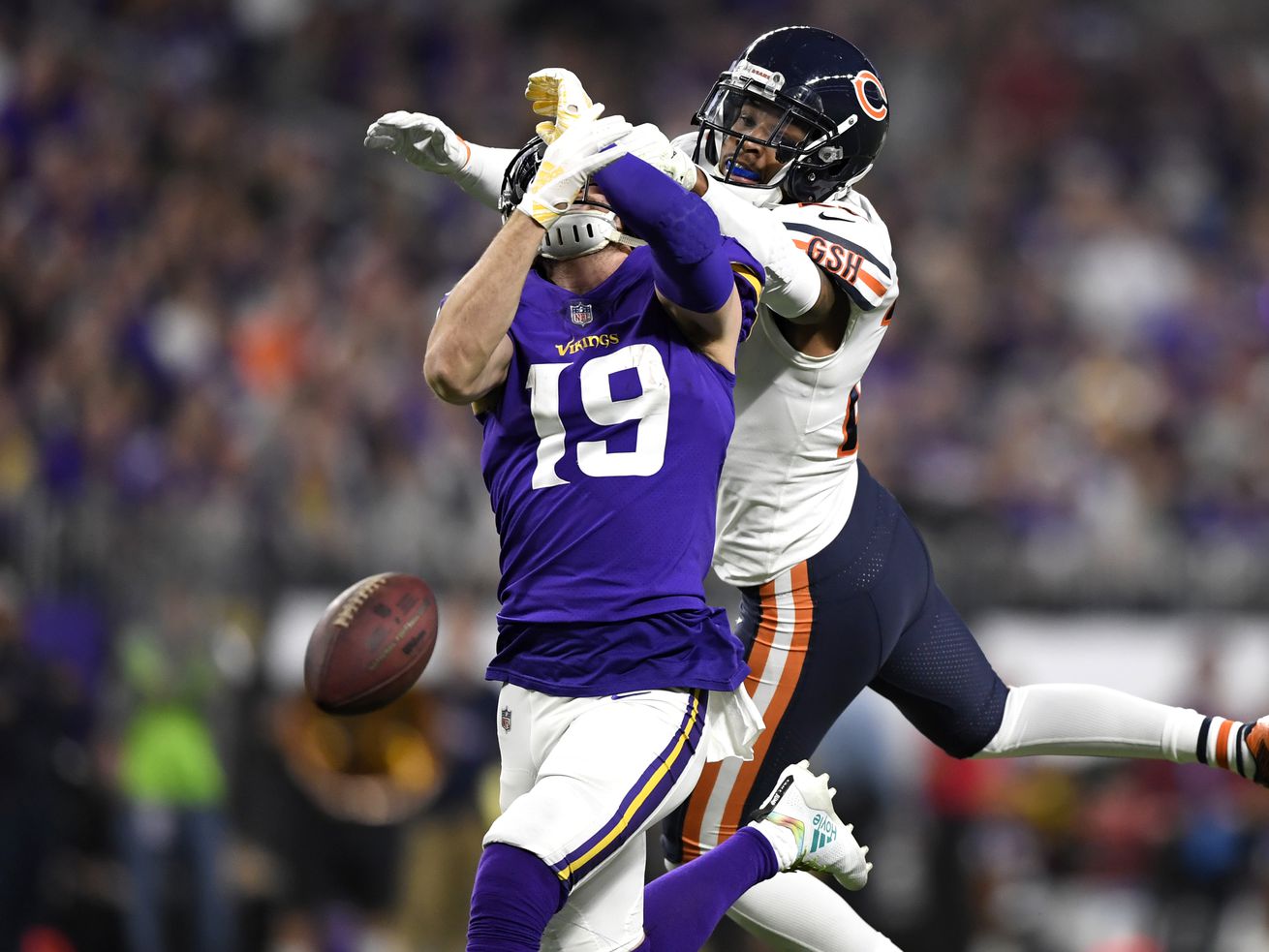 Bears safety Deon Bush (26, breaking up a pass for Adam Thielen against the Vikings last season) started the final three games last season — including the wild-card playoff loss to the Eagles — after Eddie Jackson suffered an ankle injury against the Packers. | Getty

Fourth-year safety playing with first-team defense with Ha Ha Clinton-Dix injured. “I know the game so much better now.”

BOURBONNAIS — Safety Ha Ha Clinton-Dix is presumed to return soon from a knee injury he suffered in mini-camp. But until then, Deon Bush looks ready to go.

Bush, the fourth-year safety from Miami, has played in Clinton-Dix’s place since the Bears opened training camp Friday at Olivet Nazarene University. Bush has started nine games in his three seasons with the Bears. He started six as a rookie in 2016 and the final three games of last season after Eddie Jackson suffered an ankle injury returning an interception of Aaron Rodgers against the Packers in Week 15 — including the wild-card loss to the Eagles.

“I know the game so much better now,” said the 6-0, 205-pound Bush, a fourth-round pick in the 2016 draft. “It’s really a confidence thing. We all can play. But when your confidence goes down and you’re not feeling like yourself, it’s hard to make plays.

“It’s just confidence and learning and not worrying about all the stuff that’s outside and learn about your play and how you’re going to help the team. I feel like it helped me out tremendously. We’re going to see how far it takes me this year.”

The start against the Eagles last year was a confidence booster for Bush, a noted thumper at Miami who has yet to let it loose in the NFL.

“I was feeling good out there,” Bush said. “I started to feel like myself a little bit. Just playing the game that I love. Having fun. That’s what I’m focusing on — just having fun, not thinking too much.”

Running back David Montgomery was hit-and-miss in his first day in pads in the NFL. Montgomery whiffed against Roquan Smith in a pass-protection drill but stopped Joel Iyiegbuniwe. In a one-on-one pass pattern, he was bumped off his route by Nick Kwiatkoski. He later fumbled in a team drill, with Josh Woods recovering.

His highlight play of the day was a nice catch on a seam route, beating Iyiegbuniwe and turning upfield on a pass from Chase Daniel.

But Montgomery wasn’t celebrating. “Not really, because I had a lot of errors,” he said, “I hold myself accountable for the bads I made at practice as opposed to the goods — the good I’m supposed to do.”

Nagy was unfazed by the uneven performance.

“Nothing is going to change from what we saw on tape at Iowa State,” Nagy said. “He has some of the best vision that I’ve seen in a long time. He feels where the defenders are before they show up.”