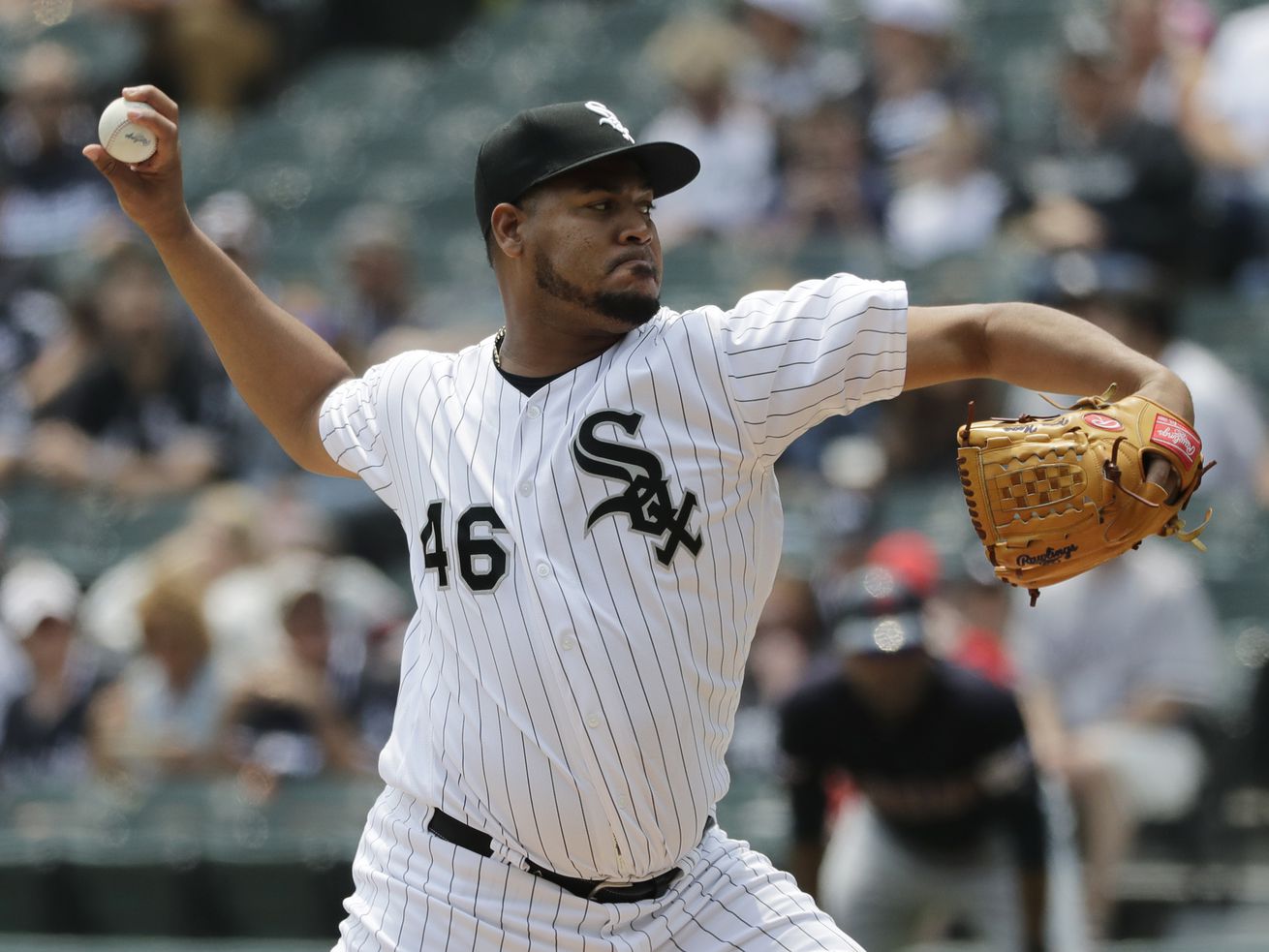 The White Sox had a chance to reach .500 and move into second place in the AL Central.

Ivan Nova pitched well but gave up a pair of late home runs. The White Sox offense didn’t get the most of its few chances, and their baserunning didn’t help.

When that happens, it’s hard to keep a winning streak alive.

Cleveland beat the Sox 5-2 on Saturday, snapping their five-game winning streak. The Sox entered the day one game out of the second American League wild-card spot and with a chance to pull to .500 in June for the first time since the 2016 season. With the loss, they fell one game behind Cleveland for second place in the division.

“You can see the frustration here today,” catcher James McCann said. “(Saturday’s) game could have very easily gone the other way. It very easily could have been a 5-2 victory for us. That’s part of the game. We had a good streak and guys are ready to bounce back (Sunday).”

Nova ended May by allowing four runs over his last 12 innings, and he was strong until his last two frames on Saturday. He pitched seven innings and gave up four runs (three earned) and six hits, and didn’t allow a base hit until the fourth.

But he surrendered Carlos Santana’s sixth-inning homer that broke a 1-1 tie, and then a two-run shot to Leonys Martin in the seventh that put Cleveland in front 4-1.

“Sometimes you get away with mistakes,” he said. “But today, Santana made us pay for a mistake and Martin made us pay with big hits.”

The way things went for the Sox offense, Nova would’ve needed to be even better for a win.

Against Jefry Rodriguez (who left after the fourth with right lat tightness) and five Cleveland relievers, the Sox only mustered four hits and left five runners on base. They had a chance to break the game open in the third, but a moment of bad baserunning hurt the Sox.

Rodriguez loaded the bases with no outs on a Tim Anderson single and a pair of walks. Anderson scored on a Leury Garcia sacrifice fly to center, bringing Yoan Moncada to the plate. However, the inning ended with Moncada in the batter’s box.

Yolmer Sanchez was picked off second and only briefly stayed in a rundown. Charlie Tilson didn’t get the best read on the play and was caught between first and second and tagged out to end the inning on an unconventional and avoidable double play.

As Renteria pointed out, the mistake hurt more because Moncada, Jose Abreu and McCann were due up.

“(Sanchez) got a little antsy and basically he just alerted them he was on the move and they countered with obviously an inside move and (Cleveland shortstop Francisco) Lindor always was there,” Renteria said.

Even with the loss, the Sox are 28-30. That they’re even within two games of .500 and in the early playoff picture can be seen as progress.

”You’ve got to win. I know you think because we have a young ballclub, you guys don’t expect us to win,” Nova said. “On paper, if you pick a team on paper, you say, ‘Somebody’s going to win the World Series.’ And then you rank the other guys behind.

“But these guys want to win. And that’s the whole point of this.”