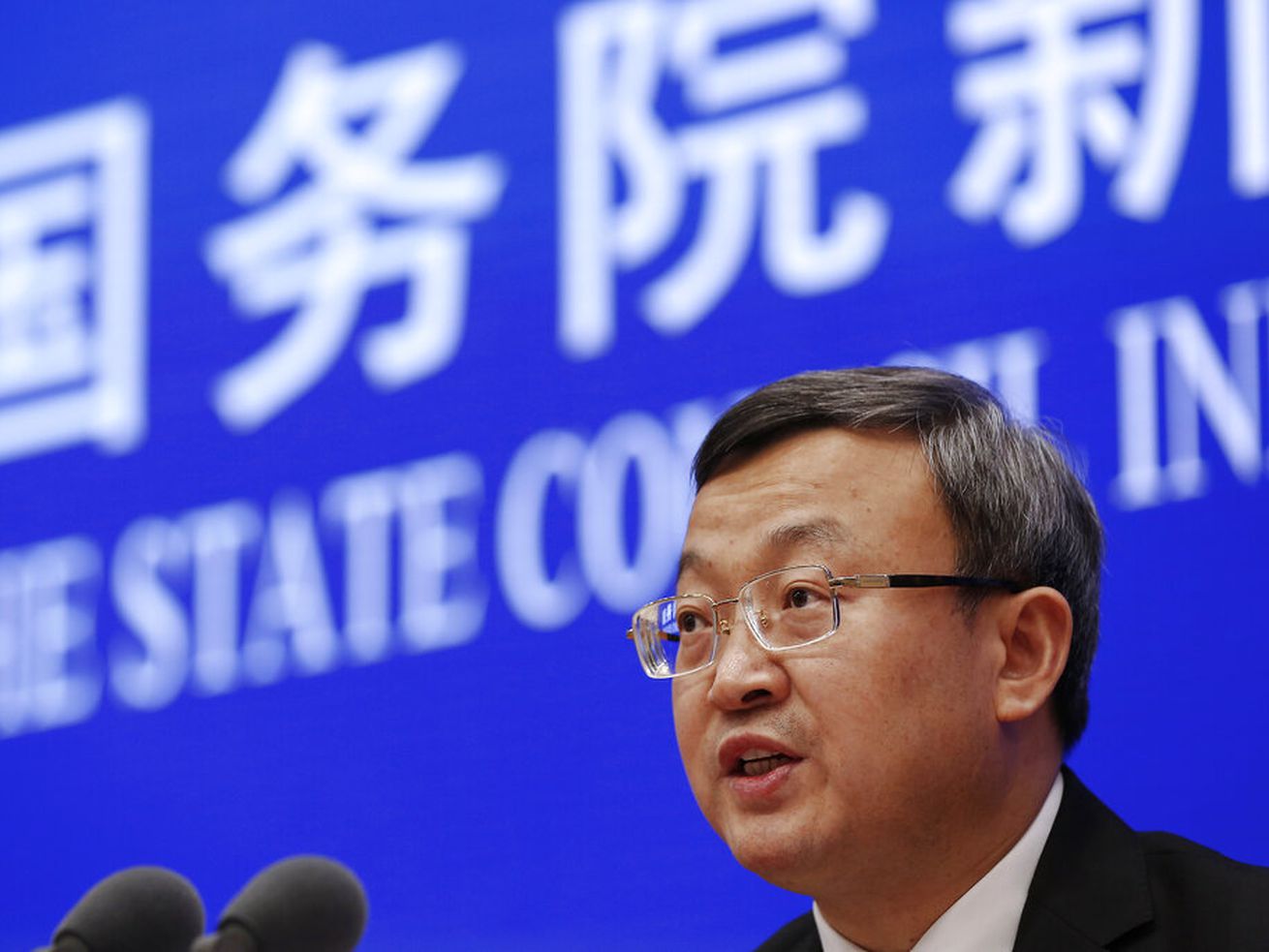 In a report issued Sunday, China accused the U.S. of backtracking during trade talks, among other things.

BEIJING — China issued a report Sunday blaming the United States for the countries’ trade dispute and said it won’t back down on “major issues of principle,” but offered no clarification about what additional steps it might take to up the ante.

The report from the Cabinet spokesman’s office said China has kept its word throughout 11 rounds of talks and will honor its commitments if a trade agreement is reached. It accused the U.S. of backtracking three times over the course of the talks by introducing new tariffs and other conditions beyond what was agreed on.

”But the more the U.S. government is offered, the more it wants,” it said, accusing America’s negotiators of “resorting to intimidation and coercion.”

”A country’s sovereignty and dignity must be respected, and any agreement reached by the two sides must be based on equality and mutual benefit,” the report said.

The report, delivered at a Sunday morning news conference, appears to be a bid to shore up China’s arguments and justify its position in the face of what looks to be a protracted dispute. Over recent days, China has been mobilizing its representatives abroad to sell its position with foreign audiences, while the domestic propaganda apparatus has been working overtime to convince the public of the righteousness of the government’s stance.

Linda Lim, a professor at Ross School of Business at the University of Michigan, said the report does not represent an escalation on China’s part, but rather reiterates the government’s position in a clear and measured way that leaves the door open for negotiations.

”They threw the ball back into the U.S. court,” she said.

She said the report is a public relations win for China’s government at a time when U.S. President Donald Trump’s trade policy is antagonizing other U.S. trading partners, most recently Mexico. Trump announced last week that he would impose 5% tariffs on Mexican imports starting June 10 if the Mexicans don’t do more to stop the surge of Central American migrants across the southern U.S. border.

The U.S. has accused China of stealing trade secrets and forced technology transfers. The Trump administration has imposed 25% tariffs on $250 billion in Chinese imports and is planning to tax the $300 billion in imports that have so far been spared. It also escalated the stakes this month by putting Chinese telecom giant Huawei on a blacklist that effectively bars U.S. companies from supplying it with computer chips, software and other components without government approval.

Beijing responded by imposing tariffs on $60 billion worth of U.S. products, which went into effect Saturday. It also retaliated against the U.S. blacklisting of Huawei by announcing Friday that it will establish its own list of “unreliable entities” consisting of foreign businesses, corporations and individuals.

Wang Shouwen, China’s vice commerce minister and deputy international trade representative, said China would issue more detailed information on the unreliable entities list soon, but that it was aimed at enterprises that “violated market principles” and cut supplies of components to Chinese businesses for non-commercial reasons.

China’s statement that it intends to publish such a list follows additional measures last week that deepened the bite of U.S. sanctions imposed on Huawei in mid-May.

Wang also repeated suggestions that China could restrict the export of exotic minerals known as rare earths that are widely used in electric cars and cellphones. Foremost among them is lithium, the main component in modern batteries.

The threat to use China’s rich supply of rare earths as leverage in the conflict has contributed to sharp losses in U.S. stocks and sliding long-term bond yields.

”If some countries use China’s rare earth metals to produce products to contain China’s development, this is unacceptable by standards of both minds and hearts,” Wang said.

Sunday’s report lays out China’s argument for blaming Washington for the frictions as well as the costs to both sides, and said China has room for fiscal policy changes to maintain the health of its economy amid the dispute.

Wang said China had been forced to “take forceful measures in response” to U.S. actions and denied China had backtracked on its earlier commitments.

He said the U.S. had made unacceptable demands, including on tariffs and compulsory requirements that infringed on Chinese sovereignty. “You give them an inch, they take a yard,” he said.

Trump has touted the tariff increases as a way of reducing China’s trade surplus with the U.S., which hit a staggering $379 billion last year. However, Wang questioned how much China was actually benefiting from its surplus, saying a joint Chinese-U.S. study showed the U.S. figure could be inflated by as much as 20%.

He also said many of those exports were produced by foreign companies operating in China and that Chinese firms often pocketed only a relatively meager fee for assembling. Subtracting the U.S. surplus in the services trade with China, the actual surplus came to just $152.6 billion last year, Wang said.

The U.S. deficit with China has actually been worsening since tariffs were first imposed, Wang said, pointing to a 50% decline in soy bean exports to China and a drop-off in U.S. auto sales in the country. The average U.S. family, meanwhile, will pay an additional $831 for consumer items over the year due to the higher tariffs, he said, while the dispute’s impact on businesses could end up costing 2.23 million U.S. jobs overall.