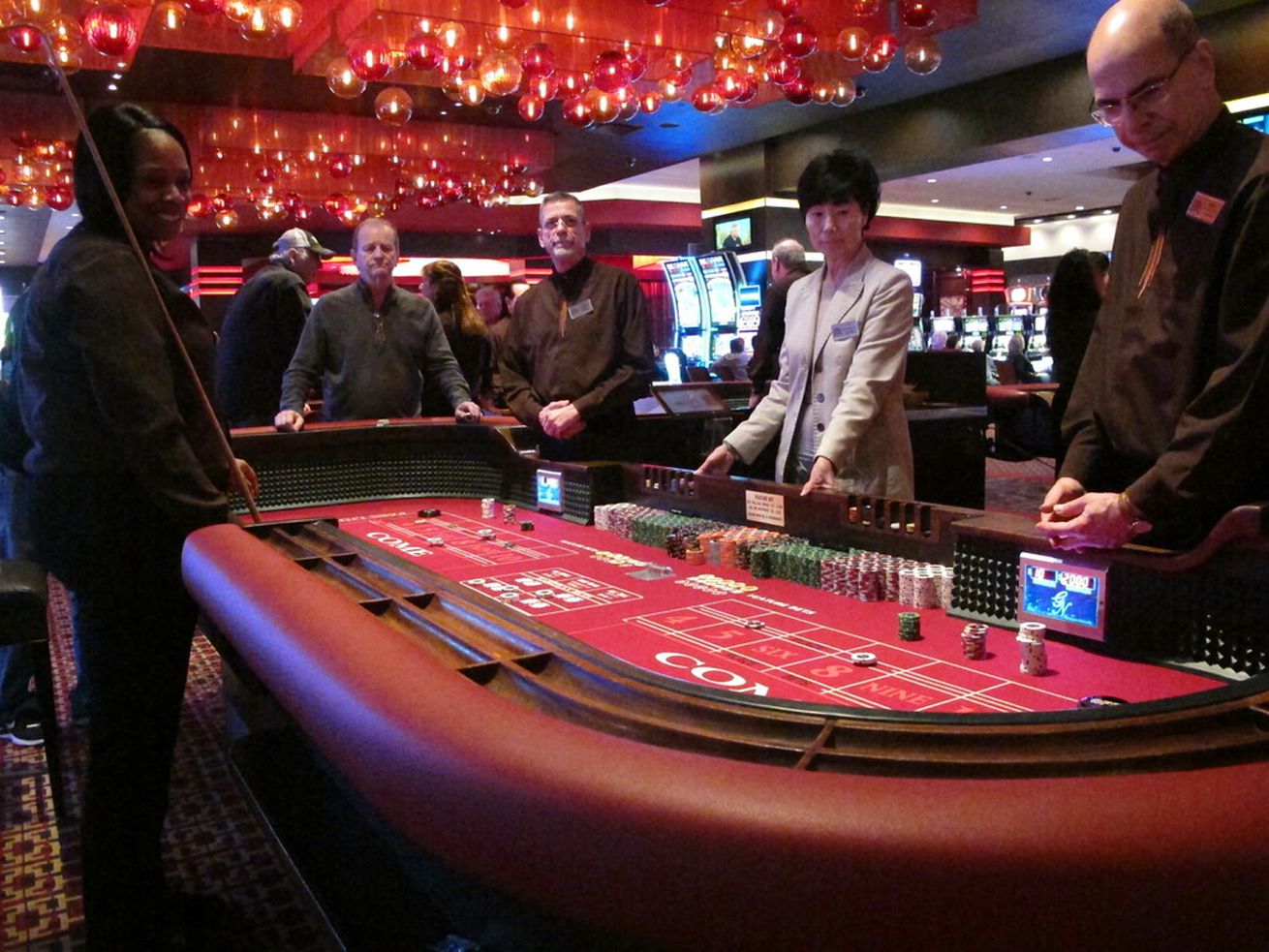 Link said it would be part of a broader deal creating six new casinos across the state and bringing slot machines to three horse racing tracks, essentially turning them into casinos as well.

Chicago would get a new mega-casino with the proceeds earmarked to pay for police and fire pensions under a mammoth gambling expansion deal in the final stages of negotiation, a key legislator said Thursday.

State Sen. Terry Link, D-Vernon Hills, the Senate sponsor of the bill, said the Chicago casino would allow for 4,000 gaming positions, making it more than three times larger than any casino currently operating in Illinois.

Link said it would be part of a broader deal creating six new casinos across the state and bringing slot machines to three horse racing tracks, essentially turning them into casinos as well.

In addition, the nearly 7,000 businesses that offer video gambling would be allowed to add one machine per establishment — in itself the equivalent of almost six more casinos.

The Chicago casino would not be city-owned, the oft-stated preference of previous mayors, but the city would get a better deal than other municipalities that host casinos, receiving 33 percent of the adjusted gross receipts, Link said. Other communities only get 5 percent.

Notably, Link was the only person speaking publicly about the outlines of the plan, which as of Thursday evening had yet to emerge in bill form.

You can interpret that a couple of ways, one of which is that there really is no deal yet. At the very least, there is no final deal.

Another is that Link is trying to logroll the negotiations toward a resolution he favors, which basically includes most any deal that achieves his long-sought goal of bringing a casino to Lake County, as this one would.

Neither Gov. J.B. Pritzker’s administration or Mayor Lori Lightfoot’s team have been willing to disclose any details of their gambling discussions, which is somewhat troubling considering a deal could become law within the next 24 hours.

So much for transparency.

According to Link, however, the legislation under consideration is similar to deals seen previously in the General Assembly.

Former Gov. Pat Quinn vetoed a couple of those, his objections a moving target.

But Pritzker, eager to put the revenue from gambling to use, is fully engaged in trying to get a deal done and has been flexible about what shape it takes.

“I feel confident we’re going to get a gaming bill,” Pritzker repeated to reporters Thursday as the legislators headed toward their scheduled Friday adjournment.

Pritzker originally asked lawmakers to limit themselves to legalizing sports betting, which is newly–allowed under a U.S. Supreme Court ruling.

That effort quickly ran aground amid the usual conflicts between those who already have gambling-related businesses and those who want them.

At this point, Link said it is possible gambling expansion could be approved without sports betting, which has been bogged by a dispute between Neil Bluhm, chairman of Rivers Casino, and the online daily fantasy sports giants FanDuel and DraftKings.

Lightfoot added to the pressure for a broader gambling expansion by saying a Chicago casino is one of her legislative priorities.

Link indicated Lightfoot’s negotiators are not necessarily satisfied with the deal as currently structured.

“The city has mixed emotions. They’re crying that they need the money. The new mayor wants the casino, but the devil is in the details how it’s going to happen,” Link said. “They don’t think it will be as profitable as we think it will be. “

To make the legislation more palatable to existing casinos, they would be allowed to expand to 2,000 gaming positions, an increase from the current 1,200 limit, Link said. Gaming positions include slot machines and seats at table games.

Weighing heavily in favor of the Legislature coming to terms on a gambling deal is the fact that legislators are currently looking to use the state’s share of the revenue to pay for infrastructure improvements, always popular with lawmakers on both sides of the aisle.