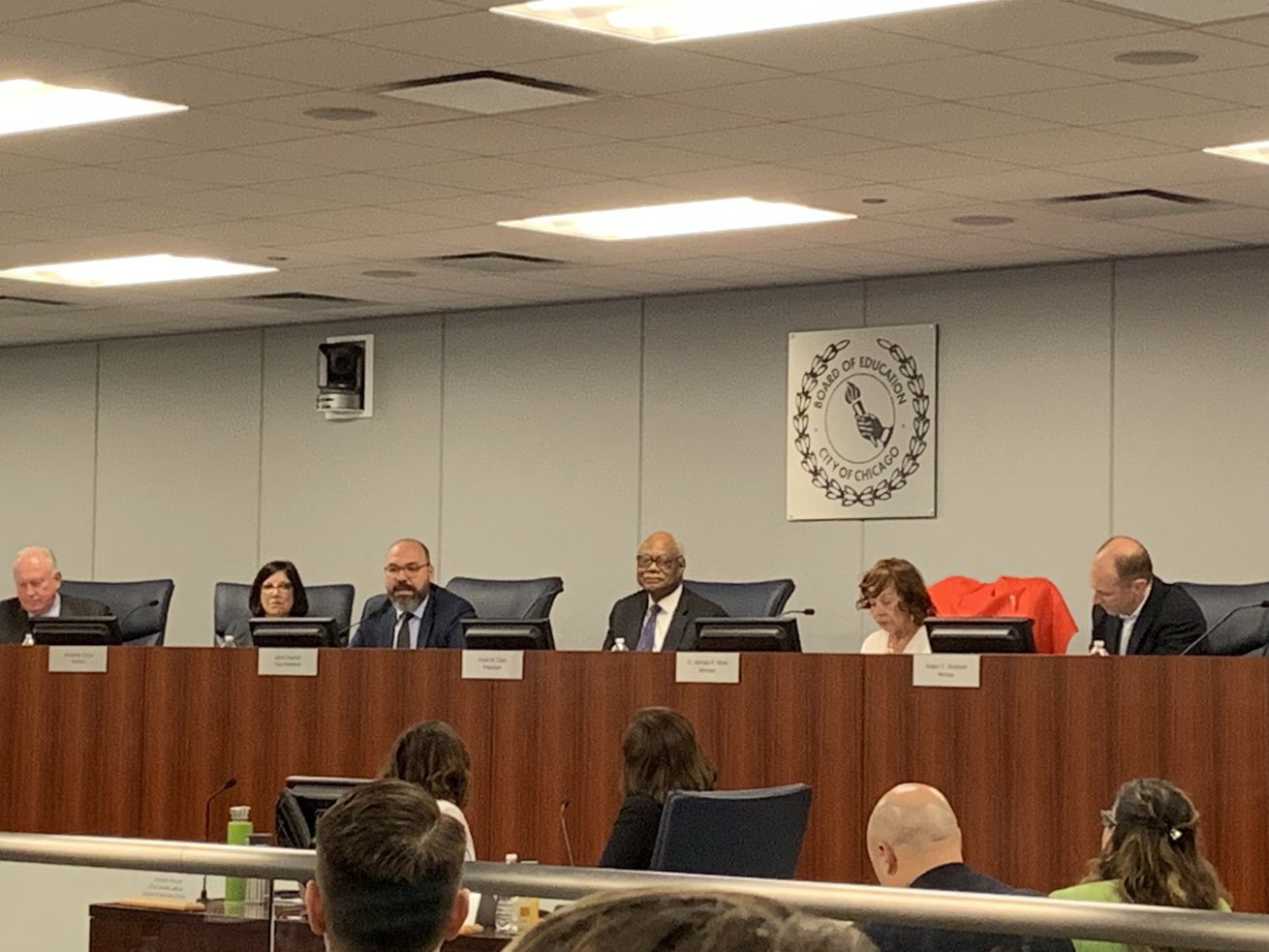 The resignations opens the door for Mayor Lori Lightfoot to appoint her own board to control Chicago Public Schools.

Members of the Chicago Board of Education on Wednesday announced they’ll step down, opening the door for Mayor Lori Lightfoot to overhaul the seven-member board that controls Chicago Public Schools — for now, pending legislation in Springfield.

“We’re very, very proud of the work we’ve done,” Board President Frank Clark said at the end of a three-hour monthly board meeting.

Clark was appointed by former Mayor Rahm Emanuel to lead the board eight years ago.

Clark said a new board would be in place by the time of its next scheduled meeting June 26.

The fate of Lightfoot appointees’ after that, though, could be tenuous, after a bill that would establish an elected school board passed the Illinois House of Representatives last month.

Mayor Lori Lightfoot said Wednesday she will soon announce the appointment of a new board. The emphasis will be on choosing board members who have a stake in the system.

“In the interim, before there’s an elected school board, we wanted to make sure we were doing what we could to really bring diversity into the process and place an emphasis on existing CPS parents. People who had been through the LSC process or otherwise were viewed in the field as education experts,” Lightfoot said.

“You will see, with the names that we will announce shortly, that that’s been the priority. . . . We want people to have confidence in the school board, particularly in this interim period. There’s a lot of important issues they’re gonna have to address. My first priority is placing emphasis on people who have children in the system or have themselves been a part of the CPS system — whether as administrators, teachers or principals.”

As for a late-afternoon rally by a Chicago Teachers Union that supported County Board President Toni Preckwinkle over Lightfoot, the new mayor said so be it.

“All is not forgotten, but the campaign’s over. And the thing that we have to do is focus on making sure we’re delivering for our kids,” Lightfoot said.

The mayor said she still intends to negotiate a new contract in time for the on-time opening of school that’s fair to rank-and-file teachers.

Lightfoot was a staunch proponent of an elected board on the campaign trail, but has indicated she doesn’t support the bill that would triple the board to 21 members, with a citywide elected president and 20 members elected from local districts beginning in 2023.

Clark lauded the district’s improved financial position and historic gains in graduation rates under the current board, which was also in place during the revelations last summer that CPS officials had mishandled years’ worth of sexual misconduct allegations.

Clark said the district is now “able to address those issues much more rigorously than we have in the past,” with the creation of a new Office of Student Protections.