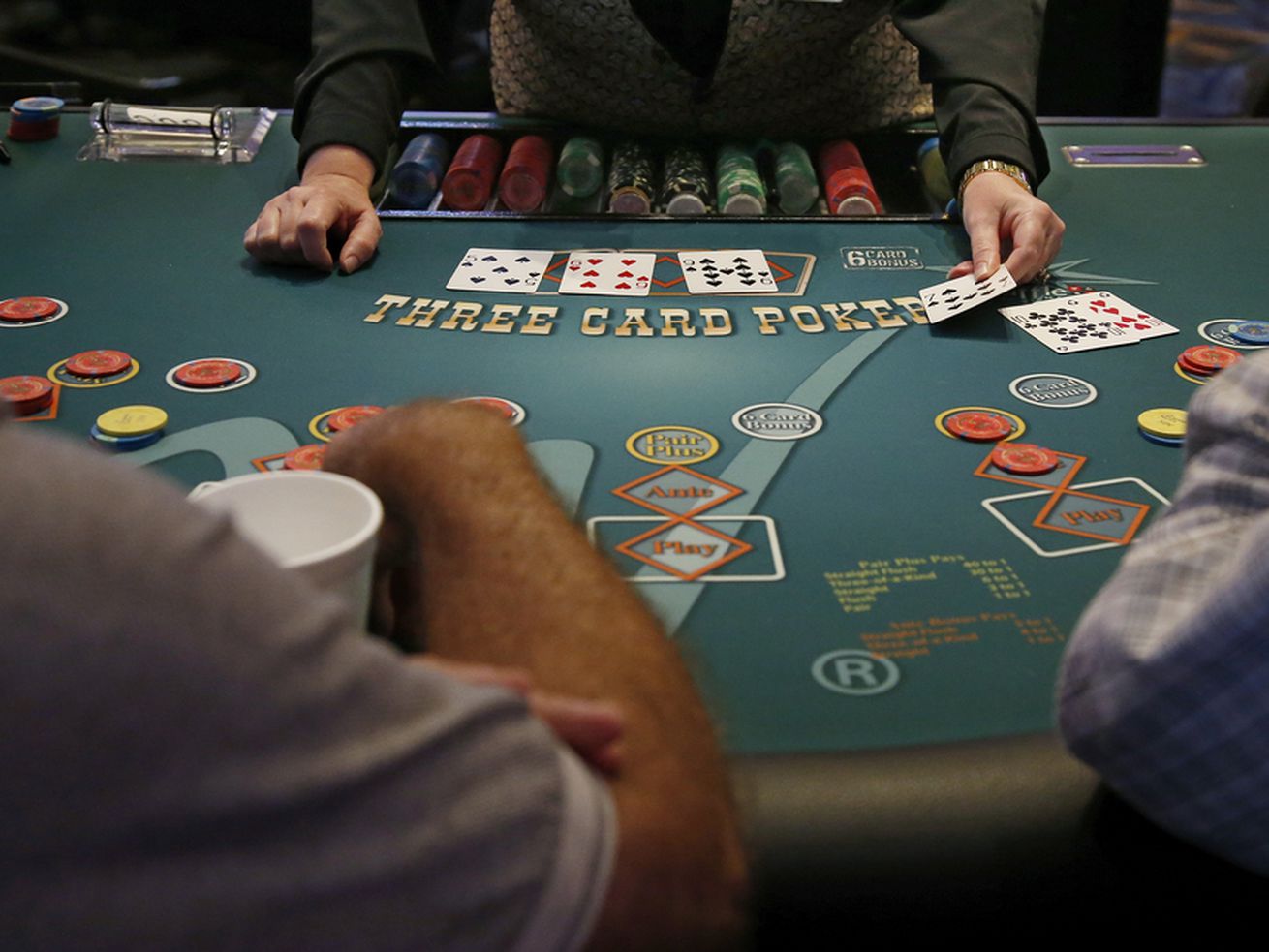 Gamblers play poker Tuesday in the casino at the WinStar World Casino and Resort in Thackerville, Okla. | AP Photo/Sue Ogrocki

Gov. J.B. Pritzker has said his picks will be announced “as soon as we can.” Insiders say the job is a tough sell.

Pulling together the votes for a colossal gambling expansion in Illinois that includes a massive Chicago casino — that was supposed to be the long shot.

Filling the two remaining seats on the Illinois Gaming Board — safe money said that would be the easier end of the bargain.

But nearly a month after signing the massive gambling package into law, Gov. J.B. Pritzker has yet to name a chairperson and fifth member to the gaming board, which soon will be responsible for scrutinizing a host of gambling interests licking their chops at a slew of new licenses.

What’s the hold-up on Pritzker’s appointments? The process of “working to identify qualified candidates,” the freshman Democrat’s office says.

And insiders say the job is a tough sell.

That’s the best bet for what’s behind the delay, according to two men who previously led the board currently tasked with licensing, taxing and regulating 10 casinos and the 32,000-plus video gambling machines sprinkled across nearly 7,000 establishments statewide.

”It’s not an attractive job. Not at all, especially for the chairman,” says retired Cook County Judge Aaron Jaffe, who led the board for 10 years starting in 2005.

The job description includes long hours, nearly no pay and overseeing a daunting gaming expansion that will see the chronically understaffed board’s workload skyrocket in the months ahead. On tap are six new casinos, slots and table games at the state’s three horse racing tracks, a new south suburban “racino,” even more video gambling machines and an entirely new industry to legitimize: sports betting.

”Take a look at how much money the board brings in [about $466 million in taxes last year], and say if you were a corporation, what would you be paying the board?” Jaffe says. “Here, you get paid for two meetings a month.”

A Pritzker spokesperson noted the governor doesn’t have a deadline to make the appointments.

And the board still has a quorum to take vote action with three members in place, including Northbrook accountant Steve Dolins, who was appointed by former Gov. Bruce Rauner. Pritzker has appointed the other two members since March: Chicago Police Sgt. Ruben Ramirez Jr., a supervisor in the city’s Organized Crime Bureau; and CNA Insurance corporate attorney Dionne Hayden.

Tracy, a Rauner appointee, says he’s surprised his board slot still hasn’t been filled even though he offered his resignation shortly after Pritzker was elected last November.

”These are not the easiest spots to fill,” the Springfield attorney says. “I found it very challenging, particularly for someone with a full-time job.”

Tracy estimates he spent up to 400 hours per year on gaming board business on top of his private practice, making several trips a month from the state capital to Chicago for regular meetings with staff.

Jaffe, who was retired along with most of his cohorts, says he spent the bulk of the work week at the gaming board’s Loop headquarters.

The board had about 200 workers back then, according to Jaffe. That was up to 235 by the end of last year, including 78 Illinois State Police troopers, seven technology department workers and 150 directly employed by the gaming board.

”I always said we needed to double our staff. We never got it. And that was before video gaming took off,” Jaffe says, referring to the roughly 7,000 video gaming establishments that are nearly equivalent to six casinos.

”Never, ever has the gaming board had adequate staffing,” Jaffe says. “We are talking about extensive investigations. There’s always opportunity for the criminal element to creep in someplace.”

Tracy says despite being “severely understaffed” in the board’s legal department midway through his tenure, they had enough manpower for investigations and background checks.

Pritzker’s state budget does set aside new money for the gaming board, with 35 new employees and an $8 million funding increase to about $162 million.

The three current board members meet state law requirements that the board include a lawyer, accountant and someone with law enforcement background.

Asked about his gaming board search several times since the bill signing, Pritzker said during an appearance last week “that’s all happening right now.

”We’ll be making announcements about the members and the chair of the gaming board as soon as we can.”