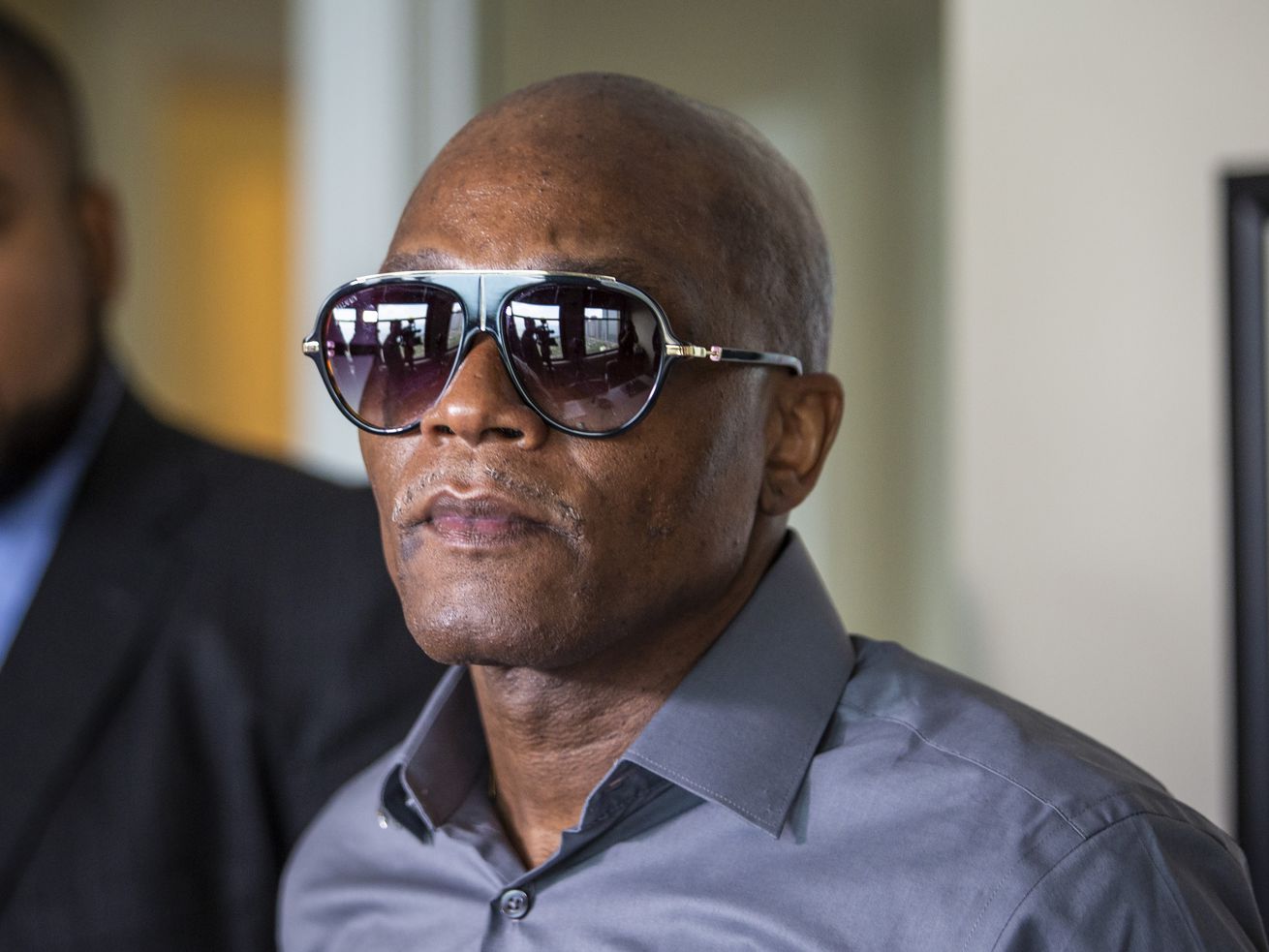 James Gibson spent 30 years in prison largely based on a confession he claims he gave after being beaten by detectives under former Chicago Police Cmdr. Jon Burge.

A man who spent 30 years behind bars before he was released in April after arguing he was tortured into giving a murder confession by underlings of former Chicago Police Cmdr. Jon Burge is now suing the city for wrongful imprisonment and hopes for a quick resolution.

“I stood by a cell door for 30 years and they couldn’t break me,” James Gibson, 53, said Thursday at a news conference at the downtown law office of his attorney, Joel Brodsky.

Brodsky said he hopes the city under new Mayor Lori Lightfoot will find a quick resolution to credible Burge-related cases, unlike predecessors who “fought them to the bitter end” only to lose and pay victims millions of dollars anyway.

”We’re asking . . . if they really are going to reform the way the city works or if it’s just going to be business as usual regarding these types of legitimate claims?” Brodsky said.

Burge was sent to federal prison for lying that he didn’t know about the torture of suspects arrested under his watch in the 1970s and 1980s. He died last year.

The city’s Law Department does not comment on pending cases, a spokesman said Thursday. And a spokeswoman for Lightfoot did not immediately return a message seeking comment.

In March, an appellate court issued a blistering opinion that reversed Gibson’s murder conviction and ordered a new trial on charges that he killed two men in 1989.

A portion of the opinion read: “In sum, [Gibson] is entitled to a new trial, at which his incriminating statement to the Area 3 detectives, the product of police torture, may not be introduced as substantive evidence of his guilt.”

Brodsky pointed out that several witnesses in the case recanted their testimony from Gibson’s 1990 bench trial.

Eric Johnson, who was sentenced to life in prison for acting as a lookout during the killings, successfully appealed his conviction and was freed in 2013. He also claimed he was tortured into confessing.