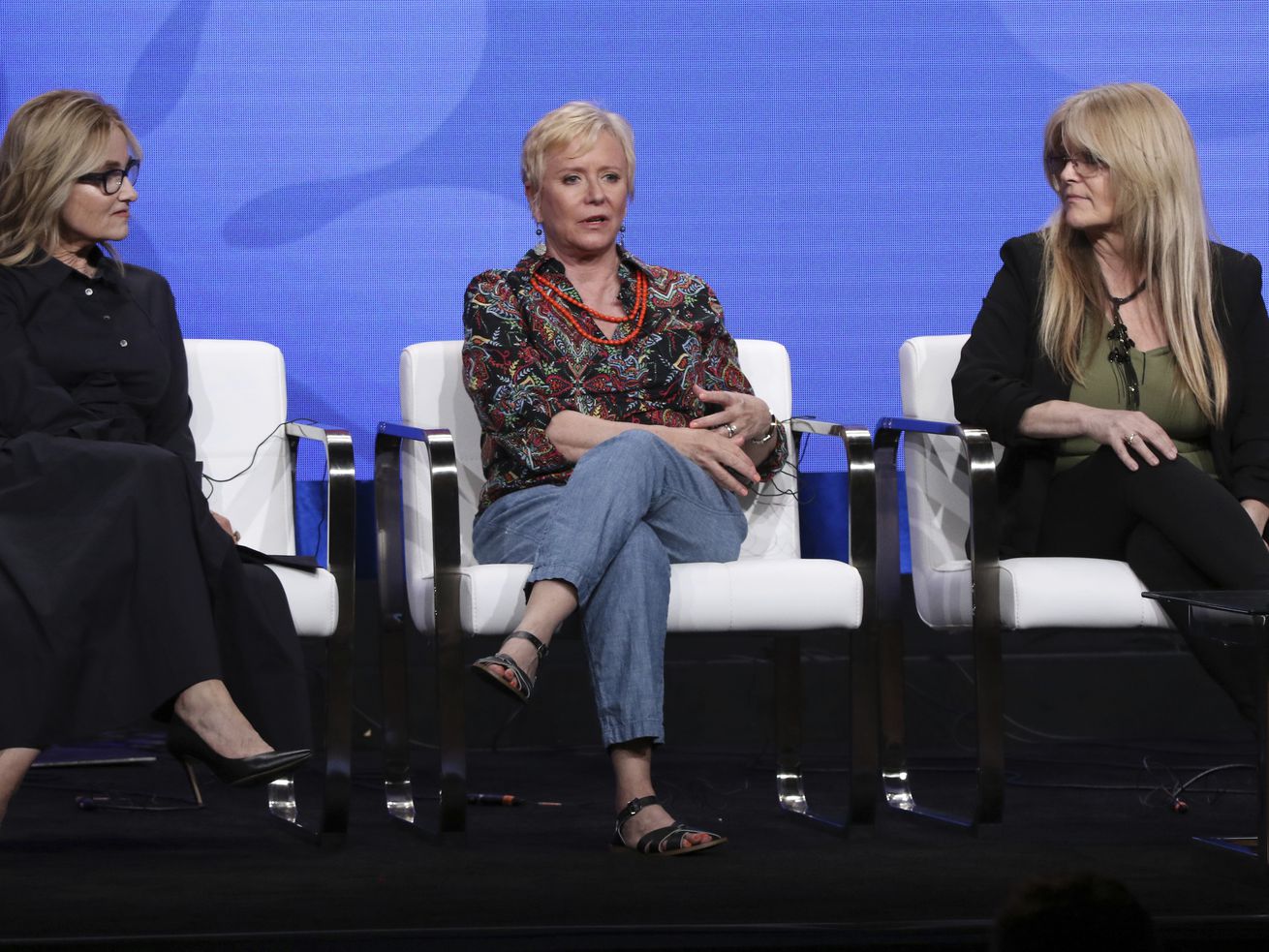 An HGTV renovation of the Los Angeles house that was used for exterior shots of the TV sitcom reunited six cast members and rekindled the show’s spirit.

BEVERLY HILLS, Calif. — There’s no place like home for “The Brady Bunch,” even if was just a facade.

An HGTV renovation of the Los Angeles house that was used for exterior shots of the TV sitcom reunited six cast members and rekindled the show’s spirit.

“We enjoy being together, doing other projects, but this is the first time the magic is back,” said Susan Olsen, who played Cindy on “The Brady Bunch.”

Maureen McCormick (Marcia) and Eve Plumb (Jan) agreed. They and the other actors who played blended-family siblings took part in a Q&A with TV critics Thursday to promote “A Very Brady Renovation.” The four-part series debuts Sept. 9.

Interior house scenes for the 1969-74 comedy were shot on a soundstage, with sets that bore no resemblance to the private home destined to become a photo-op magnet for “Brady” fans.

When the house went on the market in 2018, HGTV won a bidding war that drove the price up to $3.5 million — or $1.6 million over the listing price for the then-2,400-square-foot residence.

“They paid way too much, I mean WAY too much for this house,” said Barry Williams, who played Greg.

“That was the crazy part,” agreed Christopher Knight, who co-starred as Peter.

The house was expanded, remodeled and redecorated to give it trademark elements of the set version, including the wood-paneled living room with a floating staircase, orange-and-green kitchen and Greg’s attic digs.

“The Brady Bunch” cast said they were called on to put their demolition muscle and design skills into the renovation, aided by HGTV hosts including Jonathan and Drew Scott of “Property Brothers.” The actors reminisce in the series about making the show and the co-stars they have lost.

“We can feel the presence of Robert Reed and Florence Henderson and Ann B. Davis in these rooms that are being created, through the memories and the shows,” said Williams. “We can share their presence and what a significant part of our show they are and were.”

“And they would’ve loved it,” said Mike Lookinland (Bobby).

What will happen to the house after the series has yet to be announced by HGTV. The actors speculated that it’s unlikely to become a museum or public attraction because it’s in a residential area.