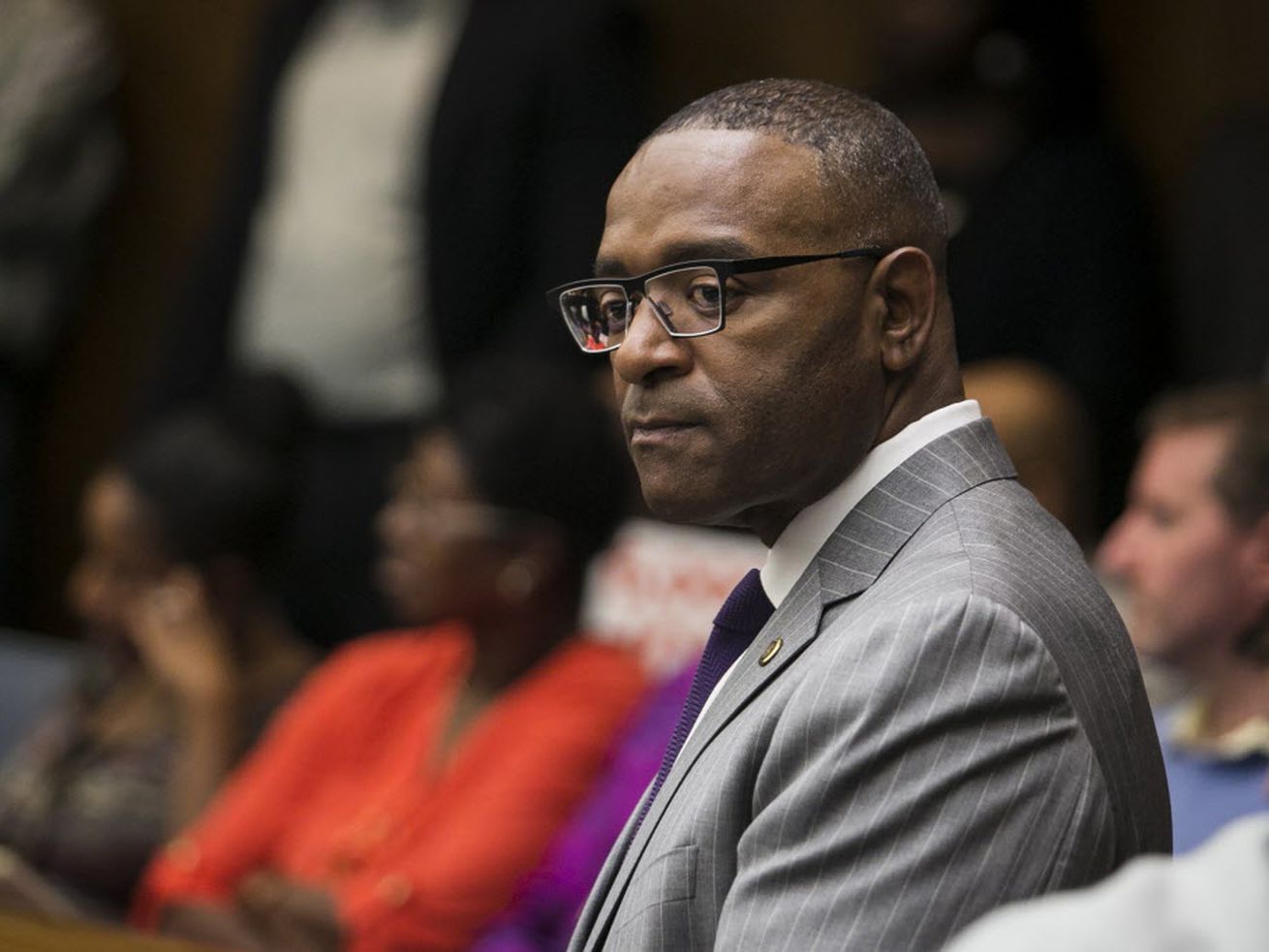 The former Cook County commissioner said he will decide within the next month if he will launch a campaign for Cook County state’s attorney.

Former Cook County Board Commissioner Richard Boykin is considering a run to unseat State’s Attorney Kim Foxx, saying she’s “failed in terms of being an advocate of victims of gun violence.”

Boykin said that’s the sentiment he’s heard from community members — and others like businessman Willie Wilson — as he contemplates his bid. A decision will be made within the next month.

“Frankly, I don’t think she works well with law enforcement to go after the people committing these crimes,” Boykin said Friday. “There’s so much public corruption and she’s been part of the Preckwinkle machine in terms of turning her head the other way and not going after public corruption cases.”

Boykin and Cook County Board President Toni Preckwinkle weren’t the best of friends during his time on the board; last year Preckwinkle endorsed Brandon Johnson, who defeated Boykin in the 2018 March primary. Boykin served one, four-year term.

Foxx recused herself from the case about a month after Smollett alleged he was the victim of a racist and homophobic attack in late January. At the time, a spokesman for Foxx cited conversations she’d had with one of Smollett’s relatives about the incident as the reason for her recusal.

Accused of making a false report to police, Smollett was indicted in March on 16 counts of disorderly conduct. Weeks later, the state’s attorney’s office abruptly dropped the charges, sparking outrage and confusion.

Boykin said he’s only concerned about “the safety of people in Cook and Cook County residents having an advocate in court who will try to put bad guys away.”