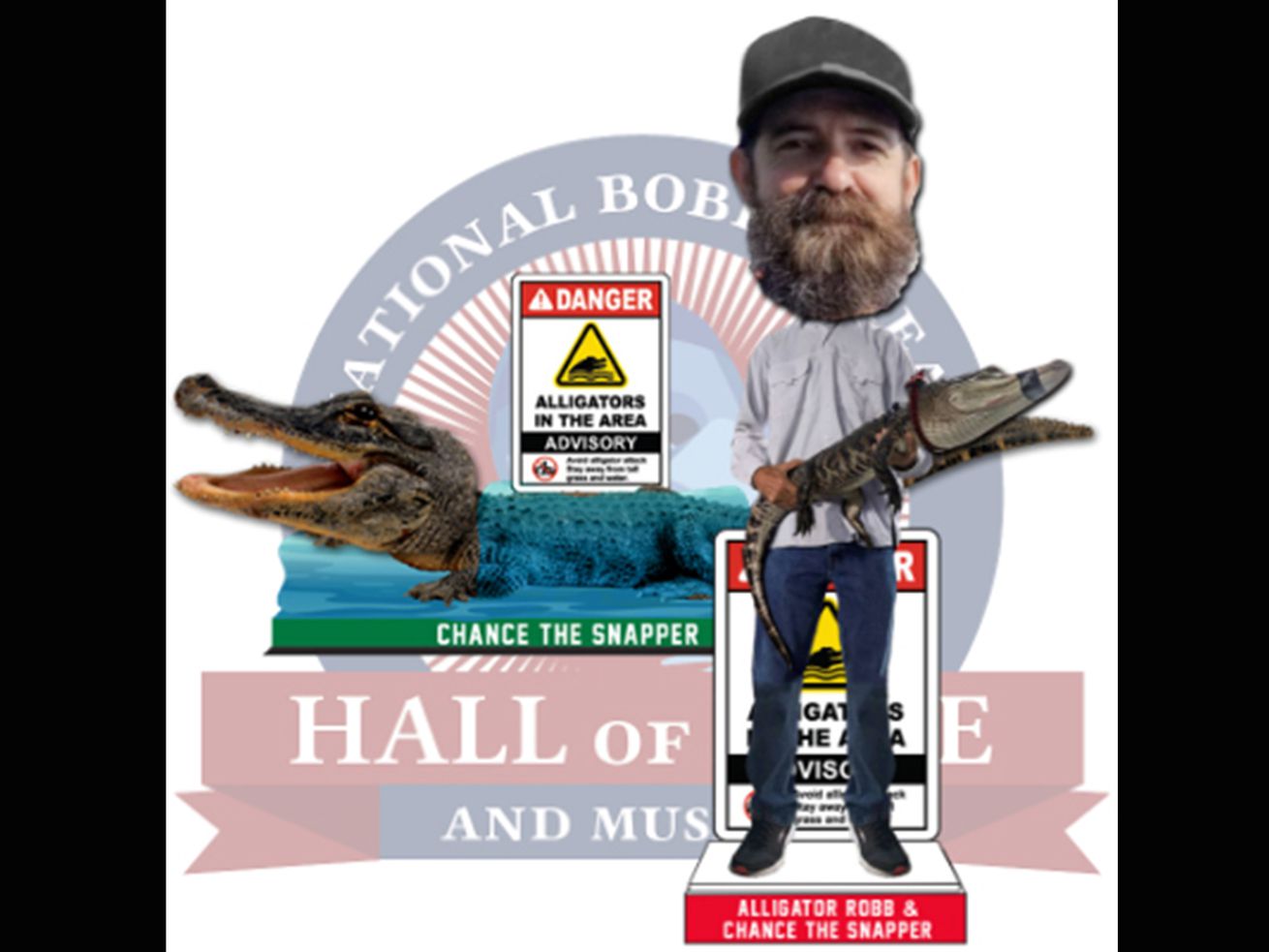 Chicagoans who couldn’t get enough of alligator hunter Frank Robb are in luck.

The National Bobblehead Hall of Fame and Museum on Thursday unveiled a bobblehead featuring Robb, the Florida man who became the toast of Chicago earlier this month after catching the alligator that was on loose in the Humboldt Park lagoon.

The bobblehead comes on the heels of the “Chance the Snapper” bobblehead that was announced last week by the Bobblehead HOF.

The gator was nicknamed “Chance the Snapper” as a tongue-in-cheek nod to famous Chicagoan Chance the Rapper.

Both bobbleheads can be ordered for $25 each, plus a shipping charge of $8.

“Each bobblehead will be individually numbered and come in a collector’s box. Both Frank Robb and Chance’s head will bobble, their names, Humboldt Park Lagoon, and the dates of Chance’s stay in the Lagoon will be included on the base. One dollar from every bobblehead sold will be donated to the Friends of Chicago Animal Care and Control,” according to a news release issued by the Hall of Fame.

The National Bobblehead Hall of Fame and Museum is an actual brick-and-mortar place at 170 S. First St., Milwaukee.